"Louie" comes back for season four on Monday night, meaning hilarious (and deeply uncomfortable) moments are on the way -- and you're likely to get bursts of wisdom about parenting too.

After the first season ended, Louis C.K. told TIME that the scenes with kids depict real parts of parenting that often aren't seen on TV -- like how physically strong you have to be in order to lug around a stroller, a kid, and "all this f**king stuff" all the time. And throughout the series, the comedian has offered other parenting lessons, perhaps inadvertently, like how to explain "fairness," and how to respond what kids say they're bored.

Outside of the show, C.K. speaks openly about being a dad often -- in his stand-up routines, on talk shows, and on Twitter.

To celebrate the show's return, here are some of the very best things Louis C.K. has said about raising kids.

On the ultimate, undeniable parenting truth:

It’s hard having kids because it’s boring... It’s just being with them on the floor while they be children. They read Clifford the Big Red Dog to you at a rate of 50 minutes a page, and you have to sit there and be horribly proud and bored at the same time.

On what a parent's actual job is: 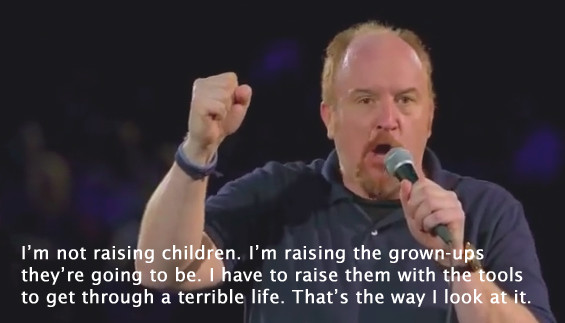 On the quality of youth theater:

There’s no more joyful feeling in the human experience than when a child’s play is over… Nothing feels that good, when you can say, 'I’m not watching that any longer.' Every second my daughter is on stage, I can’t breathe because I’m so proud of her, but this is a bad show.

On why 4-year-olds are just plain a**holes: 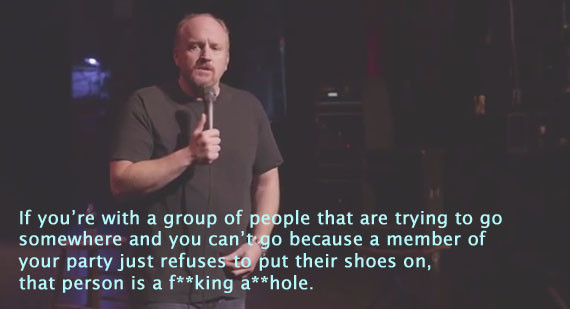 This kid does not poop. This kid craps. I was changing her diaper the other day, and it was like a 48-year-old alcoholic man's shit in her diaper... And I had no idea that my relationship to the vagina was gonna be cleaning shit out of a tiny one several times a day.

On what holds a family together: 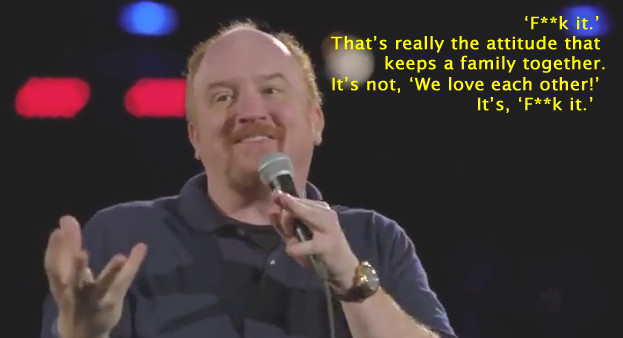 On why divorced parents have it great:

I’m a great father because I only get my kids for half the week. It’s every parent’s fantasy. I say goodbye to them on Wednesdays and know that I’ll be lying in a pile of my own filth until it’s time to see them again. 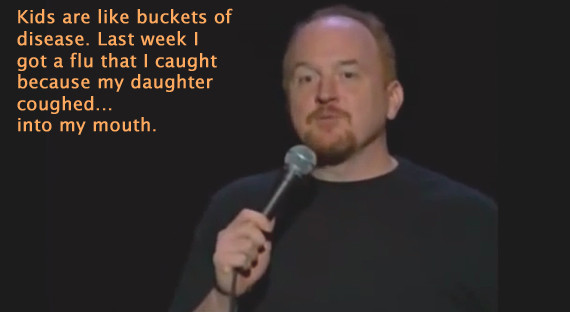 You know when you see a mother someplace just melting down on her kid? She's like, 'Shut up, I hate you, you're ugly!'... Any parents there are thinking, 'What did that shitty kid do to that poor woman? That poor woman. I wish I could help.' 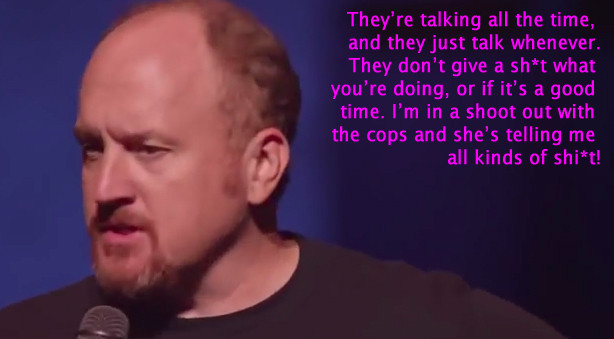 She's 5, 5 years old, you know what that means? Nothing that she says, matters. She’s never said something actually important in her entire life. I literally could have missed every word this fucking kid has ever said, and nothing would be different!

On the sh*tty kids in general: 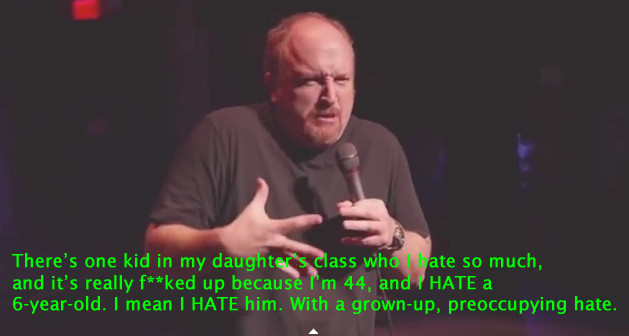 Some kids suck. Some kids are just sh*tty … and I think that some parents just want to [flip off] their kids all the time. As much as you love your kid, there has to be those times, when your kid is being a sh*t, and he’s going ‘Why can’t I have some candy, I wanted a candy,’ and you just wanna go, ‘You know what? F**k you kid, alright? F**k you. How do you like that? F**k you, buddy.’

On that cringeworthy three-letter word: 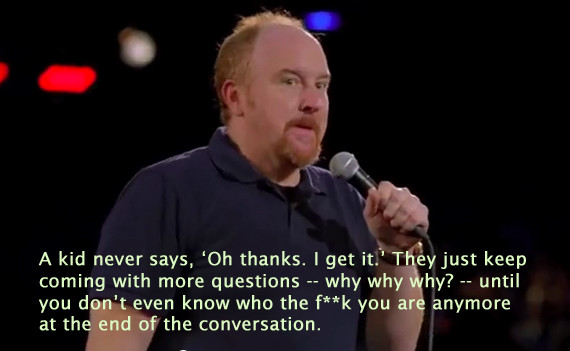 On saying 'no' when they want cell phones: