Finding one's likeness on a "Peeping Tom" flyer sounds more like something that would happen to Louis C.K.'s character on "Louie" than the actual comedian, but lo and behold, that's exactly what was spotted in Huntington Beach, CA recently.

Local resident Jacqueline Rivas tweeted pictures of the posters warning neighbors of a 40-something, white, red-headed male with a goatee who's been looking into girls' windows. As you'll see below, the photos accompanying the dubious flyer appear to be of Louis C.K.

A local CBS affiliate reached out to Huntington Beach police who, not surprisingly, said they have no information on the fliers or their content. The only thing we can't figure out is whether this was a hoax or if a genuinely concerned citizen thinks the alleged peeper looks a lot like Louis C.K. and figured, "Close enough."

Even though "Louie" is on hiatus until 2014, we can't imagine that Louis has a lot of time to skulk around California mobile home parks and spy on underage girls. Plus, can you even picture him on a skateboard?

Found in Huntington Beach park #hoax involving @louisck What prankster/idiot would do such a thing http://t.co/WwNTHXtQ http://t.co/EexWXBsA 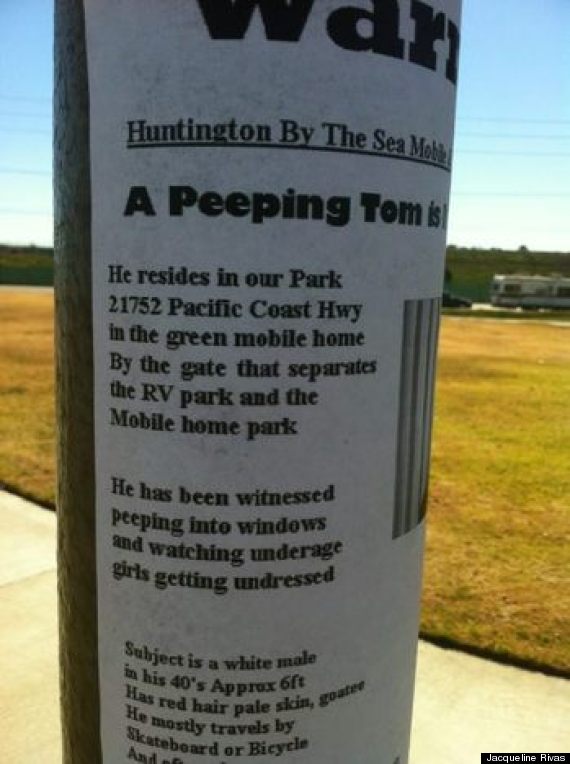 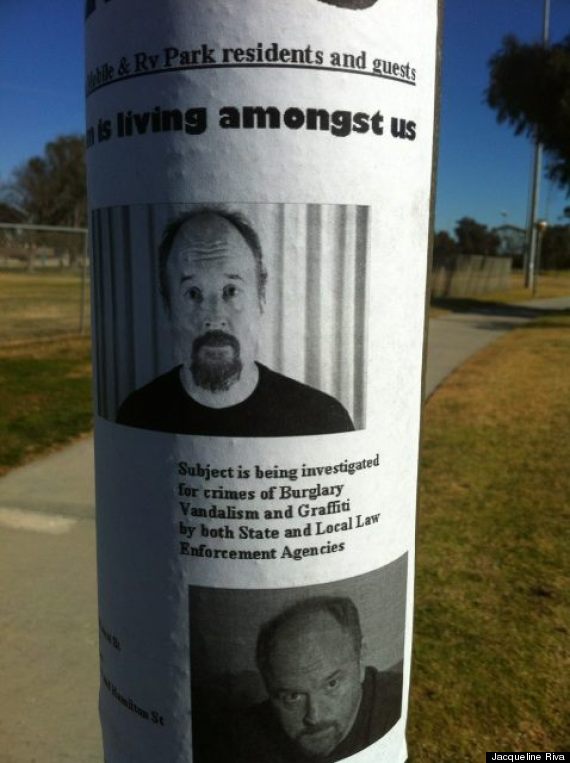