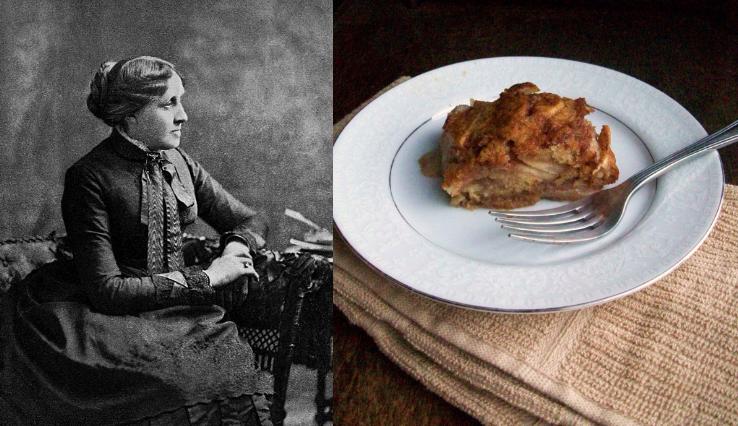 If something called a "slump" doesn't make you salivate, how about eating a "grunt"? No? Then Louisa May Alcott will have your helping. They're two different names for the same homey New England dessert: a dumpling crust over a baked (or steamed) fruit base, which was said to make grunting noises as it cooked down.

But Alcott loved the dish so much that she nicknamed her house after it. Orchard House, where she lived for nearly 20 years, famously provided the setting for Little Women as well as the backdrop to many Alcott family adventures. With a 12-acre apple orchard, as well as neighbors including Nathaniel Hawthorne and Ralph Waldo Emerson, it was an idyllic place both to grow up and to bake.

Louisa's parents, well-known transcendentalists, had tried and failed to start an agrarian commune called Fruitland (sadly not a fruit-based theme park) before buying Orchard House in 1857. So when Alcott and Hawthorne often referred to the new house as Apple Slump, it was both a fond reference to the favorite dessert as well as a wink at the prior collapse of Fruitland, a slump in its own right. 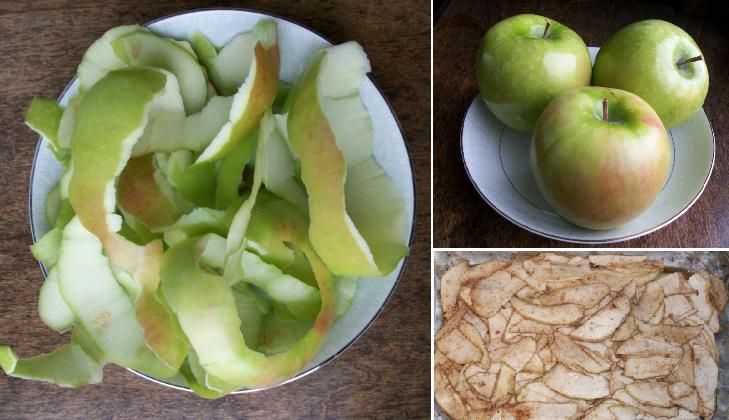 The first mention of apple slump recorded in American Regional English is from 1831, just a year before Alcott was born, and though it has fallen out of fashion now in favor of cobblers and crumbles, it was an easy and popular way for New Englanders at the time to cook something delicious without much fuss.

Slumps traditionally lack the crispy topping of a crumble or a cobbler, but adding some nuts to the topping batter gives it a satisfying crunch. I admit, it's hard to take a good photo of a slump. But on a cold winter night, it will be gone before you've gotten a chance to take a close look.

2. Make apple base: In a large bowl, gently mix apple slices, lemon juice, and vanilla (or bourbon). In a small bowl, mix brown sugar, nutmeg, cinnamon, and salt. Add the sugar mixture to the apple mixture and toss until coated.

3. Spread apple base evenly in prepared pan and bake until soft, about 20 minutes.

5. Pour flour mixture over baked apples and sprinkle walnuts evenly over the top. Continue baking 25 minutes, or until the top is brown and crusty. Cool 5 minutes and serve with your favorite ice cream (or bourbon).