More than 25 years after her death, Louise Brooks is more popular than ever.

The silent film star, famous for both her sleek dark bob and role as Lulu in Pandora's Box, is undergoing a revival. The actress -- her image and legend, are seemingly everywhere.

On October 17th, bestselling author Donna Tartt (who also sports a stylish bob) told the New York Times that one of the books she's currently reading is Barry Paris' acclaimed biography of the actress. That book, first published in 1989, is considered one of the finest film biographies ever written.

The day before, the same newspaper suggested that South African artist William Kentridge had also been drawn to Brooks. Kentridge is staging Alban Berg's opera Lulu at the Met in 2015; he explained to the New York Times that "his Lulu was being inspired by German Expressionism, Weimar cinema (including, of course, Pandora's Box, the G. W. Pabst version of the Lulu story starring Louise Brooks), Max Beckmann drypoints depicting brothels and the like."

Brooks' film career, which began in 1925, was brief. She appeared in 14 movies in the United States before heading to Europe where she starred in the three works on which her reputation rests, Pandora's Box (1929), Diary of a Lost Girl (1929), and Prix de Beaute (1930). Upon her return the States, Brooks was reduced to small roles in largely B-grade films. By the mid-1930s, Brooks' film career was in shambles. Decades of obscurity would follow.

Beggars of Life (1928) is considered Brooks' best American silent. Directed by William Wellman shortly after he made Wings -- the first film to win an Academy Award, Beggars of Life tells the story of a girl who dresses as a boy and goes on the run after killing her abusive stepfather. The film will be shown on November 10th in Pittsburgh, Pennsylvania at the Hollywood Theater. Brooks' biographer Paris is set to introduce, with live musical accompaniment provided by Daryl Fleming & the Public Domain.

Another Brooks' American silent, A Girl in Every Port (1928), will also be shown in the coming weeks. This Howard Hawks-directed buddy film, in which Brooks plays a gold digger, is considered one of the legendary director's best silent efforts. It screens at the Cinematheque at the University of Wisconsin in Madison on December 7th, with live musical accompaniment provided by David Drazin.

Brooks started as a dancer, worked as a showgirl and actress, and later whiloe living in poverty and isolation developed her considerable talents as a writer. In 1982, she penned Lulu in Hollywood, a collection of highly praised autobiographical essays. Though primarily a performer, Brooks has over the years acted as muse to various artists, including songwriters, novelists, poets, painters and fashion designers. There is a even a street named for the actress in the suburbs of Paris.

The Tiger Lillies are a British Grammy-nominated three piece band with a cult following who have toured the world with works of musical theatre including Shockheaded Peter and The Gorey End; they have also released nearly 30 CDs and been inspired by Brooks. Due out soon is Lulu, their homage to the actress and her role as Lulu in Pandora's Box.

The Tiger Lillies are currently touring the United States and Europe. Also on tour is Mike Doughty, a singer-songwriter and ex-front man for the band Soul Coughing. Doughty, who sports a Brooks' tattoo, is currently on tour playing "re-imagined" versions of songs by his former band, including the 1998 Brooks' homage "St. Louise Is Listening."

Another tribute comes from the fashion world. PerezHilton.com reported on November 1 that Rihanna is modeling a coat by designer Jean Paul Gaultier which bears a likeness of Brooks. This new design is not Gaultier's first nod to Brooks.

Thomas Gladysz is an arts journalist, silent film enthusiast, and the founding director of the Louise Brooks Society, an online archive and international fan club devoted to the film star. Gladysz has curated exhibits, contributed to books, appeared on television, and introduced the actress's films around the world. 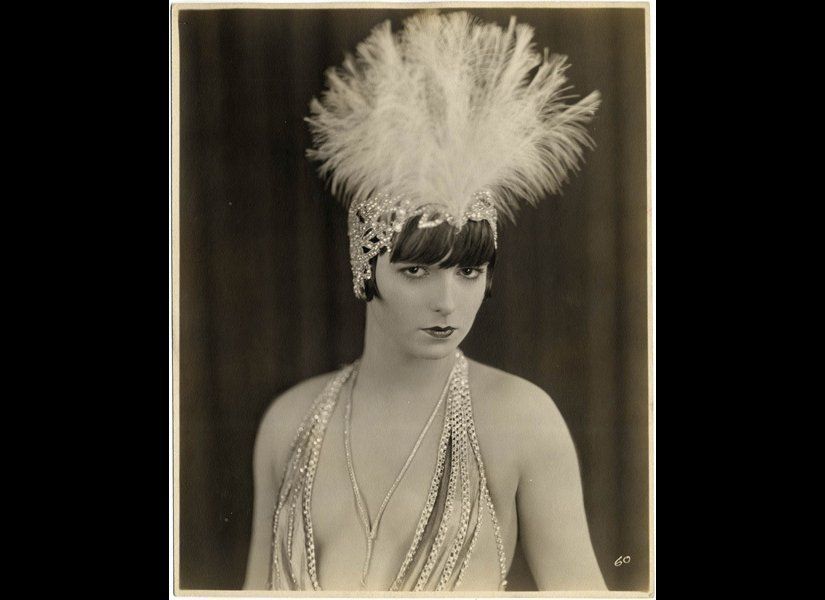 1 / 12
The American Venus
This portrait of Louise Brooks, from <em>The American Venus</em> (1926), is currently on display at the Museum of the Moving Image in Astoria, NY. The portrait is part of "<a href="http://www.movingimage.us/exhibitions/2013/10/26/detail/lights-camera-astoria/" target="_hplink">Lights, Camera, Astoria!</a>," an exhibit which traces the history of the Astoria Studios, a complex at the heart of film making in New York City since 1920. (Image courtesy of Museum of the Moving Image.)