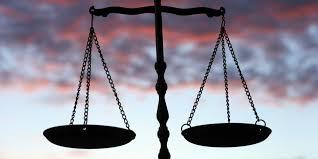 On December 10, 2014, two Lafayette, Louisiana, teachers won a lawsuit for back pay due to their being reassigned from higher-paying teaching positions to lower-paying positions beginning in the 2012-13 school year.

Lafayette Charter High School was created by Ken Douet, Burnell Lemoine and Jerri Callier. It was approved by BESE as a Type 4 charter school in April 1998. Type 4 means that the school is funded by the local school system. The school opened for the 1998-1999 school year at a small shopping center at the corner of Louisiana Avenue and Carmel Avenue.

In the 1999-2000 school year, after Lerosen Elementary School closed its doors to accommodate for the creation of new schools in the parish, Lafayette Charter High School, along with the Aim program, found a new home. We currently still operate from this site which is located at 516 E. Pinhook Road in Lafayette, Louisiana. In 2009 eCampus joined us in offering students an additional option to experience success.

I dialed the associated phone number (337-261-8981) and reached a voice mail for the dean of Moss Preparatory Program.

Back to the lawsuit for the two former LPSS, Charter High School teachers:

Gremillion et al. found that LPSB was liable to Aillet and Doucet for reinstatement of their 2011-12 salaries and retroactive pay beginning with the 2012-13 school year.

Though LPSB might appeal yet again, possibly to the Louisiana Supreme Court, both Conque's and Gremillion's et al. judgments center upon a component of Louisiana's Act I (so-called Teacher Tenure Law):

The above stipulation is the 2012 Louisiana legislature's effort to freeze teacher salaries at the 2011-12 level. Teachers in other states face issues of frozen salaries (e.g., Texas in 2012 and Indiana in 2011). In August 2014, North Carolina teachers faced a complex "pay raise" effort that guaranteed no teacher would make less- which isn't saying much since North Carolina teacher salaries- ranking 46th nationally in May 2014. Then comes the "creative" salary cutting: Some Wisconsin districts are not "technically" lowering teacher salaries but are instead increasing teacher work load by adding to the number of school day or hours without additional compensation.

In 2012, Louisiana legislators dutifully followed Governor Bobby Jindal in foolishly tying teacher evaluation to student test scores, just as the American Legislative Exchange Council (ALEC) actively advocates via its "model" legislation. In order to transition current career teachers to the Louisiana Act 1 stipulation of 50 percent of a Louisiana teacher's evaluation as being based upon student test scores, Louisiana legislators decided upon the wording in Louisiana Revised Statute 17:418(C)(1) as cited above.

In Aillet's and Doucet's situation, the charter at which they were teaching was a Type 4 charter- a Louisiana State Board of Elementary and Secondary Education (BESE)-authorized charter overseen by the Louisiana Department of Education (LDOE) governed by the local school board rather than a charter management organization (CMO) with its own board of directors.

Since the local school board governs a Type 4 charter, Louisiana Revised Statute 17:418(C)(1) as cited above is apparently a security afforded to teachers at such schools. That is, under Act 1, teachers at Type 4 charters may earn the same or higher salaries but not lower, and if the Third Circuit Court of Appeals ruling stands in the Aillet/Doucet case, then teachers earning more at Type 4 charters due to extended work years cannot earn less if the district closes the charter and reassigns such teachers to district schools with shorter work years.

According to LDOE's 2013-2014 Charter Annual Report, only one Type 4 charter was in operation in Louisiana.

Louisiana charter types are 1, 1B, 2, 3, 3B, 4, and 5. Only Type 4 is school-district-run. Types 1 and 3 are overseen by local districts, but the charter itself is run by a CMO. Types 2 and 5 are authorized by BESE and overseen by LDOE but run by CMOs. Type 5 are Recovery School District (RSD) charters.

Type 1B is authorized by a local charter authorizer (not to be confused with a local school district). Type 3B is an RSD charter returned to a local school district. According to the 2013-14 report, no Louisiana schools fit the Type 1B and 3B description. No provision appears to be made for a charter to become a non-charter, traditional, district-run school.

In 2013-14, most Louisiana parishes had no charter schools.

Most Louisiana charters are run by CMOs that need not even be in-state. As the infamous case of California-based charter operator Steve Barr and his bailing on McDonogh High School in New Orleans shows, Louisiana charters could use a hefty dose of the accountability that has shown itself like a shaft of sunlight in the Aillet/Doucet case.

For another charter accountability "shaft of sunlight," read this surprising December 12, 2014, Washington Post account of the limits of market-driven reform in an educational environment by generally-pro-charter Center for Research on Education Outcomes (CREDO) founding director Margaret Raymond, who happens to be privy to Louisiana charter data denied Louisiana researchers via court order.

In Louisiana's established environment of test-driven, market-driven, so-called "reform," it's nice to get a different kind of shaft, if only occasionally. 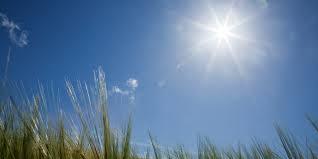 Schneider is the author of the ed reform whistle blower A Chronicle of Echoes: Who's Who in the Implosion of American Public Education