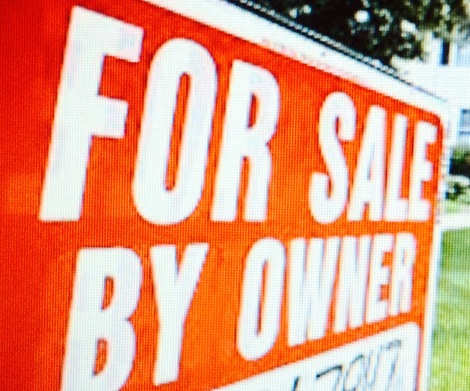 One of the primary problems with Louisiana's state-run, all-charter Recovery School District (RSD) is that the same state that is in control of data (and the official word on its data) is also committed to representing its state-run district in the best light.

For this reason, independent analysis of data on Louisiana's schools is particularly valuable, especially when the researchers are able to procure data independently of the Louisiana Department of Education (LDOE).

Such is the case of an analysis of student-level eighth-grade 2011 National Assessment of Educational Progress (NAEP) data by two researchers from the University of Arizona, Francesca Lopez and Amy Olson. The Lopez-Olson analysis is featured in this Network for Public Education (NPE) policy brief. Specifically, Lopez and Olson compared traditional public schools to see what notable differences there might be between charters and traditional schools on eighth-grade 2011 NAEP outcomes.

In order to make clearer comparisons between traditional public school students and charter school students on the eight-grade 2011 NAEP, Lopez and Olson controlled for socioeconomic status, special education status, English language learner status, and ethnicity of students as well as the ethnic and socioeconomic makeup of the schools.

On the 2011 NAEP in both math and reading, eight-grade students in Louisiana's traditional public schools outscored their charter-school counterparts by between two and three standard deviations.

This difference is huge, and it is particularly important for a couple of reasons. First, Paul Vallas was superintendent of RSD between 2007 and 2011, and he and other pro-charter folk like to promote Vallas as a hero of post-Katrina, charter-proliferating, New Orleans education reform.

The second reason Lopez and Olson's finding is important is that it meets corporate reform in it own living room: that of test-score-based results.

Of course, there is much more to the charter-loving, corporate education reform that converged on new Orleans than numbers could ever capture, and I am pleased that more stories of the devastation of the black community at the hands of the privileged, primarily-white corporate reformers is finding its way into notable media outlets. (For examples, see Jennifer Berkshire's Salon article, Andrea Gabor's New York Times piece, Colleen Kimmett's In These Times article, and Owen Davis' International Business Times piece.)

Post-Katrina RSD is too much "white" done to the black community.

Ironically, in this August 28, 2015, Washington Post opinion piece in which Louisiana superintendent John White tries to argue that Congress should "look at New Orleans for how to fix No Child Left Behind, WashPost includes a 2010 file photo of the staff at one of New Orleans' charter schools, Akili Academy.

The photo includes 16 individuals. Only three are people of color. Most are young, white women.

When I saw the photo, I thought of words I had read by New York researcher Andrea Gabor, who has spent much time in post-Katrina, New Orleans schools:

I should note that I've visited over half-a-dozen charter schools in New Orleans. With two exceptions, I barely saw a single African-American face among any of the educators.

But the photo is five years old, I thought. Perhaps the Akili Academy website will offer some evidence that more people of color teach at this school.

Well, the Akili Academy website does not include teacher information- but it does include photos of is eight-member administrative "team."

Seven out of eight are white.

And again, I think of Gabor- this time as she quotes Howard Fuller:

When black people came out of slavery, we came out with a clear understanding of the connection between education and liberation. Two groups of white people descended upon us--the missionaries and the industrialists. They both had their view of what type of education we needed to make our new-born freedom realized. During this period there's an analogy--I've said this to all my friends in Kipp And TFA. During this period two groups of white people descended on us the industrialists and the missionaries. And each one of them have their own view of what kind of education we need.

And then, I remember some nonsense that came out of anti-union, pro-charter corporate reformer, Campbell Brown, in an August 2015 C-SPAN clip. In the clip, she justifies the firing of thousands of New Orleans teachers right after the storm. She also offers her white-privileged perspective on the success of New Orleans absent any knowledge or concern for the impact of the charter-ization of New Orleans schools led by privileged whites.

She even speaks of "the decision" of orchestrated, post-Katrina state takeover of most New Orleans schools in passive voice related to some undefined "they":

After Katrina, a decision was made in Louisiana... when they were trying to figure out how to rebuild that school system, they made a choice to basically take almost all the schools in New Orleans and make them charter schools, which, take the handcuffs off and put the union contracts aside and give those schools the flexibility to be innovative and to do different things than they had been doing before. And I'll tell you what: Before Katrina, New Orleans was one of the worst school systems in the country. It was appalling. It was absolutely appalling, and heartbreaking to me, as someone from Louisiana, that we had failed so many kids that way....

That decision to remake the school system in Katrina has proven without question massive, massive gains for the students there. Those schools are doing better than they ever have. There's still a long way to go. it is far, far from perfect, but there has been tremendous progress in New Orleans because of the decisions that were made after Katrina. And it's heartbreaking that there would have to be a disaster like this where you have a clean slate and you can start from the beginning to see this kind of progress. But the story of what's happened in New Orleans post-Katrina... is amazing, and all of the research and all of the studies that have, bear that out... That's a story the world needs to hear....

The story that the world needs to hear is nothing like what Brown advocates.

New Orleans charter success is white-privileged-blown smoke and state-controlled mirrors. However, a more realistic, sobering word is surfacing, and the frayed, marketing edges of all-charter, state-run RSD are getting increasingly more obvious to the American public despite the likes of John White and Campbell Brown.