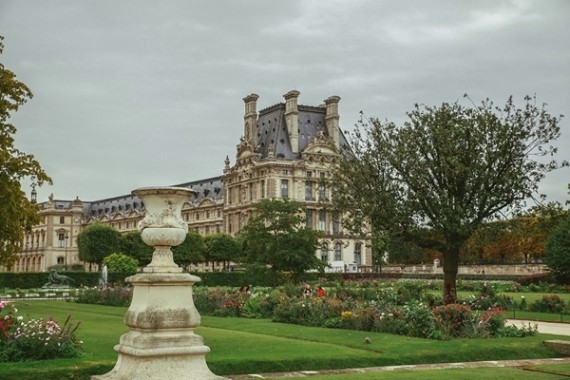 The Louvre, one of the world’s leading cultural institutions, is known as the home of some of the greatest artistic achievements of human history. Now, to add to the museum’s attractions? Rats, who have been seen in unusually high numbers, disturbing picnicking museum-goers in the Louvre’s gardens, reports the Telegraph.

The proliferating rodents have garnered mixed reviews from visitors. While some recognize rats as a part of urban life, even citing Pixar’s Ratatouille, which uncovered the lives of Paris’s secret rodent colony while sharing the story of a rat who aspired to become an expert French chef, others are decidedly grossed out.

“It’s disgusting and not what you expect,” Ron Smith of Birmingham told the Telegraph. “I won’t be eating my sandwich here.”

The uptick in the rat population has been a subject of interest for photographer Xavier Francolon, who noticed a surprisingly blasé response to the critters during the two days he spent photographing their movements. “People were sleeping on the lawn while rats chased each other right beside them,” Francolon noted in an interview with the magazine Le Point. “Kids go up to them and chase them as if they were pigeons and picnickers munch on their meals as if they weren’t there.”

“Counted no fewer than a dozen rats scamper across east lawn of Louvre into a hedge this eve,” read a Twitter post from Amy Verner, who seemed unperturbed by the incident. “Maybe Ratatouille was making dinner?”

Normally, points out Francolon, rats are more a fixture of the Parisian night. “What is surprising here is to see them coming out in broad daylight and approaching people who are picnicking without any fear.”

The picnics, however, may actually be emboldening the rodents. “Food waste left on the lawns attracts rats and encourages their proliferation,” a spokesperson for the museum told the Telegraph. “We’re asking people to be more careful.”

Rats have always been an issue in the museum’s gardens, thanks in part to the Louvre’s proximity to the river. Normally, city authorities are able to keep the population somewhat in check, but the recent influx has moved the museum to hire a private exterminator to deal with the issue. The newspaper Le Monde, recently estimated that central Paris is home to as many as six million rats—three times the human population!

Perhaps it should not be surprising that in sharing their city with such a large number of rodent neighbors, Parisians appear somewhat inured to their presence. As Francolon noted, “they eat their pâté, drink their rosé, or quaff their champagne right next to the rats.”