Feel it in your fingers: On Nov. 7, 2003, "Love Actually" was released in 576 theaters in North America. Written and directed by Richard Curtis, the film earned $6,886,080, over its debut frame, a pittance of what would come: $246 million in global grosses and a permanent place alongside "It's A Wonderful Life," "Scrooged," "The Muppet Christmas Carol," "A Christmas Story" and "Elf" as a must-watch movie during the holiday season.

While "Love Actually" fans can agree that the romantic comedy is a modern-day classic of the genre, one debate is much more combative: Just which of the film's nine story threads is actually the best? To decide, HuffPost Entertainment enlisted a team of editors "Love Actually" experts to, once and for all, make the definitive case for their favorite part of "Love Actually." Evidential proof of our findings is below.

Love hurts. It's messy, intense and it often breaks your heart into a million unsalvageable pieces. The aching triangle of Peter (Chiwetel Ejiofor), his new bride, Juliet (Keira Knightley), and his best friend slash her man-in-waiting, Mark (Andrew Lincoln), shows love for what it actually is: messy. You can show up at your dream girl's doorstep, pull one of the most irrefutably romantic moves of all time, and yet still not make her your own. In a sea of happy endings, this glum and candid portrayal is what stuck with me the most. -- Liat Kornowski

As if Emma Thompson and Alan Rickman weren't enough to round out the most soulful portion of "Love Actually," throw in Joni Mitchell's "Both Sides Now," and what results is an affecting look at a long-term marriage that has its stability throttled. It's not the funniest portion of the movie, nor is it the most eccentric. It is, however, the most authentic, told with a delicacy that's relatable and heartbreaking yet still, by the end, enlivening. And the scene where Thompson cries in the bedroom? It's perfect, actually. -- Matthew Jacobs

If "Love Actually" proves anything, it is that lust exists in America's heartland ... and it's amplified by a British accent. Colin (Kris Marshall) leaves England for a magical place called Wisconsin, goes to a dive bar and meets the most beautiful women in all the land. (They are, no joke, played by January Jones, Elisha Cuthbert, Shannon Elizabeth and Ivana Millicevic.) If this doesn't prove he wins, what does? -- Jessica Goodman

Everyone knows that an unrequited love story is always the best. Plus, how can you not root for Sarah (Laura Linney) to get the guy? (I mean, look at her adorable reaction.) She's stuck between a rock (rock-hard abs #amirite) and a hard place (oh, darling). So let's all agree that Karl (Rodrigo Santoro) and Sarah (and her brother Michael) win for the best storyline for no other reason than every time you watch, you hope for a different result. That phone rings and we're all ... "don't pick up, don't pick up, don't pick up." (Also, she kisses her teddy bear before throwing it under the bed and that is adorable.) -- Katelyn Mullen

David and Natalie's (Hugh Grant and Martine McCutcheon) scandal-free version of Bill and Monica shows how a classy (ahem, British) twist on the authority figure fantasy can result in true love. Come on, all that sexual tension at 10 Downing Street? (Such swearing!) Their first kiss behind the curtain at an elementary school? The running reunion at the airport? "Would we call her chubby?" 'Tis a message of love. -- Jessica Kane

John (but everyone calls him Jack) and Judy (just Judy) are undoubtedly the most under-appreciated aspect of "Love Actually," better known as the Movie Of Our Time. The adorable pair, who meet as lighting stand-ins for porn stars, are incredibly charming as they get to know one another, even as Jack (Martin Freeman) is encouraged to "massage" Just Judy's (Joanna Page) breasts as part of their job duties. Jack's endearing nerves when asking Judy out for the first time, although he has already seen her completely naked, sets the stage for the duo's darling love story, highlighted in joyful moments throughout the film. Jack and Judy solidify their status as best "Love Actually" couple when he takes her home at the end of a date and she tells him, "All I want for Christmas ... is you!" Nothing can step to Bilbo Baggins doing a love-filled leap off of his girlfriend's front steps. Nothing. -- Madeline Boardman

When a man ditches his family on Christmas to chase after the woman he loves (a woman he can barely understand, mind you) it melts any hopeless romantic's heart. Plus, the fact that Jamie (Colin Firth) was able to walk out while his nieces and nephews screamed "I HATE Uncle Jamie" at him is a testament to how much he cared for his Portuguese maid-turned-lover. And come on, how can you not shed a tear (whether it's from laughing or crying) while watching Jamie propose to Aurelia (Lucia Moniz) in a foreign language while her crazy family stares at him with disgust? Yes is being my answer. -- Leigh Blickley

The tiny, cherubic elf that is Sam (Thomas Brodie-Sangster) knows more about the power of love than anyone in this movie. He’s mourning the death of his mother, but that doesn’t matter, because he's in love! He's in deep, tortuous, run-through-the-airport love, and it pains his very miniature being. Of course, the true core of this plot line is the (step)-father-and-son love story. Tugging at our heartstrings with his signature manly-man tenderness, Liam Neeson redefines the concept of the love that actually is all around, forming a relationship with little Sam that reaffirms the importance of familial and not just romantic bonds. Also, there’s "Titanic." -- Lauren Duca

The short answer for why the best part of "Love Actually" is the relationship between Billy Mack and Joe, his manager, is Bill Nighy. Look at Bill Nighy. The man is a comic wizard (and not just because he played a wizard in "Harry Potter"). Beyond the lolz, though, is this: Nighy's Billy Mack, despite all his crude bluster (he called Britney Spears' sexual prowess "rubbish"), is just looking for a fist-bump from his oldest and dearest companion. Because when you get right down to it, love actually is about friendship. That's what's all around. It's what makes a wonderful life. -- Christopher Rosen 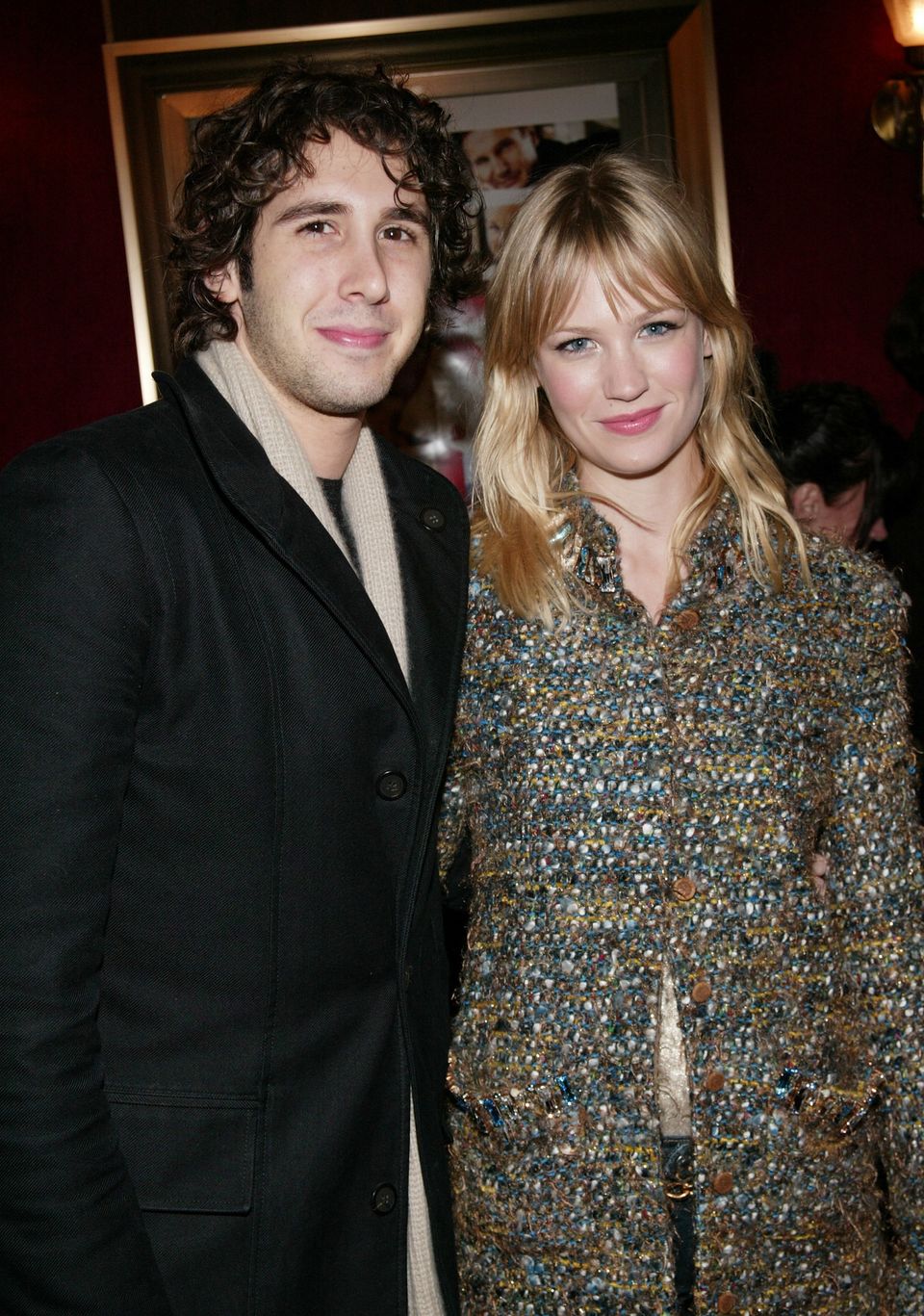