Mistake #1: Invite a gaggle of girls for a sleepover at the downtown Omaha Hilton to celebrate my daughter Daisy James's 12th birthday.

Mistake #2: Slam three slices of deep-dish pizza and a brick of chocolate cake while sprinting to catch the elevator down to the lobby.

Mistake #3: Beg the hotel shuttle driver to zoom us to Starbucks.

Mistake #4: While the ladies giddily slurped tall, frothy confections, I nursed a grande cup of Alka-Seltzer.

Mistake #5: Upon returning to our hotel room, they bunked by the TV to watch The Theory of Everything. My theory? I needed more cake.

Jazzed on sugar, I joined the crew. During the most profoundly heart-breaking part of the film where Jane, Stephen Hawking's wife says, "I did the best I could," the girls' eyes welled up.

"Mom. Get. Out." Daisy pointed to the adjoining room. Literally, my daughter sent me to my room.

Our life has not always been sleepover hijinks and laughing so hard our abs ache. Or spring breaks watching my daughter self-combust over new Converse high-tops or my horror at the floozy fashion aimed at 12-year-olds at Forever 21. "You're insane," I say when she eyes a tiny crop top and shorts that wouldn't cover, as my Jewish mother would say, her tuchus.

In utero, Daisy had gastroschisis, a life-threatening condition in which the intestines protrude through the abdomen and develop in the amniotic fluid, pinching off blood supply. Her first home -- and my second home -- was a New York City Neonatal Intensive Care Unit where she lived for seven months and survived on tube feeds and TPN, an IV fluid that kept her alive yet threatened to destroy her liver. 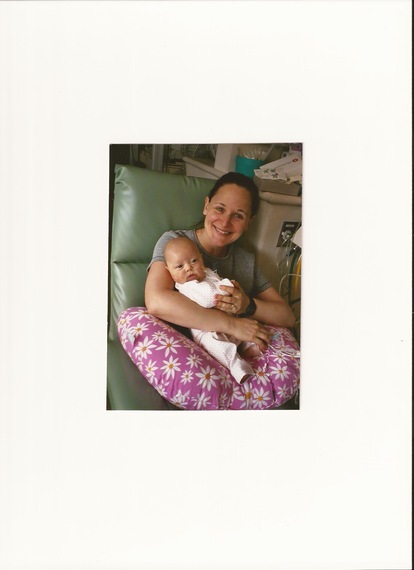 When Daisy was three, I discovered Nebraska Medicine's intestinal rehabilitation program in Omaha. Before we arrived and the team could examine her in person, they estimated that we would return home with a treatment plan in one week, a few months at most. Before we left, our neighbor bound through our front door. "You're going to Oklahoma?" she asked.

I'm a typical New Yorker; I thought that going out of town was going upstate. Growing up, I fantasized about owning a SoHo loft with giant, arched windows so the sun could wake me like an urban rooster. Turns out, I lived in a Greenwich Village apartment building where it seemed there were more Jews than there are in Nebraska. I lived my dream of writing for New York Magazine's "Best Of" issues and covering restaurants for Time Out New York.

But my biggest dream, always, was to be a mother.

Three months after we arrived, my little girl's cirrhotic liver failed and she was listed for a small bowel, liver and pancreas transplant which she received on July 20th, 2006, her rebirthday.

Back then, I refused to say "transplant," a frightfully futuristic word that I could barely hear, let alone say. But the universe, I realized, has a funny way of providing exactly what we need, and our world-renowned transplant team proved to be just that. So we sold our New York home and bought one in Omaha. I didn't know where it was until months later when I looked on a map.

For years, those who knew our story would ask incredulously, "You moved from New York to Omaha? Was that a culture shock?" Er, yes. When a kid slumped at the wheel of a black, muffler-free TransAm blew past one day when I was out walking our Shepherd-Husky Sadie, I was sure he'd flip me the bird. But instead, he smiled and waved. A Target check-out woman asked, "Do you need help to your car?"

Yes, I have grown to appreciate the ease: a place where kids play outside until dark, five-minute rush hour traffic and the low cost of living. I seemingly bought our first home in Monopoly money. Ironically, my funny girl has shared the stage with Tony Award winners at the Holland Center, our Carnegie Hall.

And I have unwittingly transformed from hair-on-fire neurotic -- I once begged four operators to give me a 212 area code, not 646, God forbid -- and learned to create space for help to show up, like a kind old aunt toting snacks and gifts and unbridled compassion. When I encourage Daisy to also tweak her mindset and accept what is, "Feel the fear and it will wash through you," I'll say, she deadpans: "Buddhist."

Flying into Omaha now, I see the skyline (which I call, The Building) and still pine for my Manhattan. But I've realized that home is an internal state, and I've realized that a city girl can thrive outside her natural habitat, as long as she's got love -- and Alka-Seltzer. 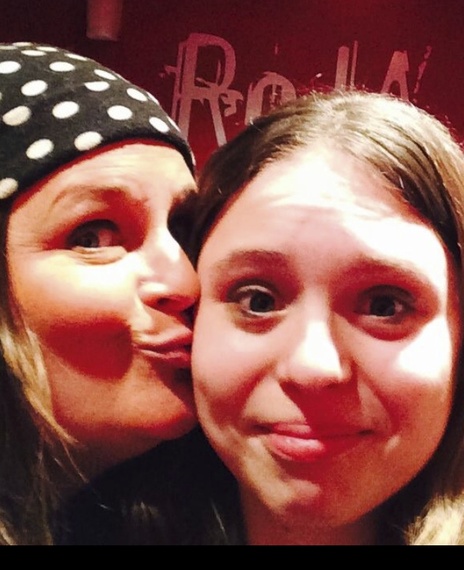 More:
organ transplantParentsparents-momssingle parentingfaith
Newsletter Sign Up
Raise the kind of person you'd like to know
Subscribe to our parenting newsletter.
Successfully Subscribed!
Realness delivered to your inbox

Writer. Humanity Junkie. Working on a memoir about single momdom with a tween transplanted from NYC to Omaha –– die-hard city gals in search of a slice.