A version of this post originally appeared in the "Beauty in Difference" gallery, an initiative started by the new documentary short "On Beauty." 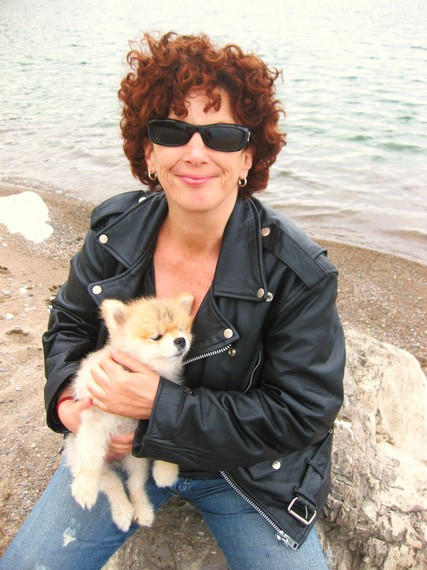 It was autumn 2012. I couldn't focus and my body felt wired and exhausted, both. The time felt right to visit my doctor who. It was then that I decided to address the elephant in the room, the elephant whose name was John Merrick.

When I was a small child, my grandmother took me to see The Elephant Man, a movie about an Englishman with severe deformities who was exhibited as a human curiosity in the late 1800s. The depiction of John Merrick, and particularly his face, shocked me. But not for the reason it shocked others. In my case, I recognized John Merrick. I was John Merrick.

Since I was a young girl, my mother told me that I was "bad." What constituted "bad" was unclear to me, but not looking like everyone else played a central part. It was paramount for my mother to have a daughter who looked just right. Instead she had me. Me with a crooked smile and a speech impediment.

The children at school echoed the verbal abuse I was experiencing at home. They called me names and laughed at me. I had no friends and would eat my lunch in the girls' washroom. For years after I graduated, whenever I walked down the street and heard someone laugh I felt instinctively they were laughing at me.

I didn't get it. Why were these kids treating me this way? Didn't they know who I was? That I was smart and funny. And why did my mother want me to be like "them"? What was wrong with me? I realized people saw me as they saw John Merrick. An oddity. A freak. Something less than human. 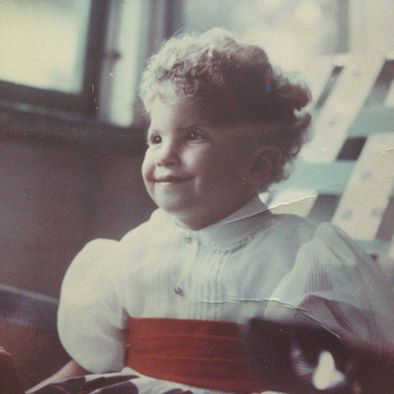 The realization was too much. I had to run away. I ran from the movie. I ran from my feelings. I kept running for 50 years until that moment at my doctor's office. I told him of my anxiety, sadness and self-hatred, otherness and isolation that my looking different engendered in me.

My kind doctor first sent me to a geneticist who wondered if I might have Down syndrome. I was next shuffled to a neurologist, who noticed unusual movement in my eyes. He sent me to an opthoneurologist who got very excited when he told me I did not have peripheral vision. I grew tired. I was not Exhibit A #7349. I am Katharina Love.

I went to a second geneticist who specialized in rare diseases and finally gave me the answer I was searching for.

What in the fresh hell is Moebius? The geneticist kindly explained it is an extremely rare congenital disorder affecting primarily the sixth and seventh nerve. Dutifully I took the papers of information and looked through the photos. I felt screwed. This was my worst nightmare come to life. I focused on the depressing photos of men, women and children who had serious facial issues. Is this really who I am? If so then my mother was right. I am a freak. I am bad. I am a bad freak.

I remembered how all I ever wanted was to have a great big toothy grin so I wouldn't have to witness that fleeting look that passed over most people's eyes when they first meet me. I abhorred that look. It singled me out and dismissed me.

In college it occurred to me that all my troubles would disappear if I could somehow become beautiful. People might stop hating me for being born different. Then, perhaps I would begin to be deserving of love. That was certainly the message I received from my social climbing parents. I was raised not to become a doctor or a lawyer, but to become someone's wife. To get that title of Mrs. and that final rose, I had to become beautiful. 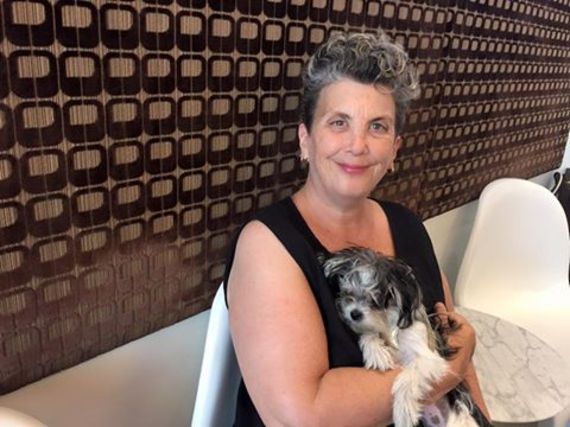 For their sake, and mine, I tried. I had rhinoplasty, a chin implant and breast reduction. I poured toxic chemicals on my hair turning my naturally brown locks into long blonde hair that even Farrah Fawcett would envy. And it worked. Instead of being an object of people's derision, I was now an object of their admiration. Women would tell me how much they loved my hair. Men began to ask me out on dates. Bouquets arrived, champagne flowed, and my plan for the beautification was complete. My work was done.

Except that it wasn't. I was hiding another secret, one that made me feel on the inside as different as I had looked before on the outside. I liked women. But what could I do with these feelings? I had finally found social acceptance and my family's approval, and I wasn't ready to give that all up. I buried my feelings for women. I acted "normal."

In graduate school I dated all the single Jewish boys until I found Bob, my future husband. I became pregnant and walked down the aisle in '91. I now had a child, a condo, and a husband. I should have been happy, but I was feeling more and more disconnected from my true nature. If was going to be a role model for my child I needed to walk my talk.

So I divorced Bob, began dating women and opened up my own psychotherapy practice. Still I needed to accept my differences and come to peace with my flawed and fractured self. I came to realize that only through surrender and acceptance would I find the love I so craved, the love I had been searching for all my life -- self love.

And so I accepted.

My craving to be unconditionally loved by my family would always be present.

My desire to look perfect was so ingrained into the fabric of my being that these feelings of inadequacy would never be eradicated. Softened yes, but never gone.

As I worked to integrate these painful emotions, an amazing thing happened.

I began to slowly relax into my body and make friends with my crooked little self.

As I end this chapter of my story, I am reminded of the words of Raymond Carver.

And did you get what you wanted from this life even so?

I did. And what did you want?

To call myself beloved.

To feel myself beloved on the earth.

"On Beauty" is a new award-winning documentary short from Emmy-nominated director Joanna Rudnick ("In the Family") and Chicago's Kartemquin Films ("Hoop Dreams", "Life Itself"). It follows fashion photographer Rick Guidotti as he uses his lens to challenge convention and redefine beauty with the help of two extraordinary women. "On Beauty" is a film and social movement to celebrate diversity and change the way we define beauty.

The "Beauty in Difference" gallery, where this post originally appeared, is part of the film's outreach and education initiative, which aims to showcase diversity, provide a safe space to share personal stories and change the way we see and treat our differences.

See the film in select theaters starting July 24 in LA and July 31 in New York.