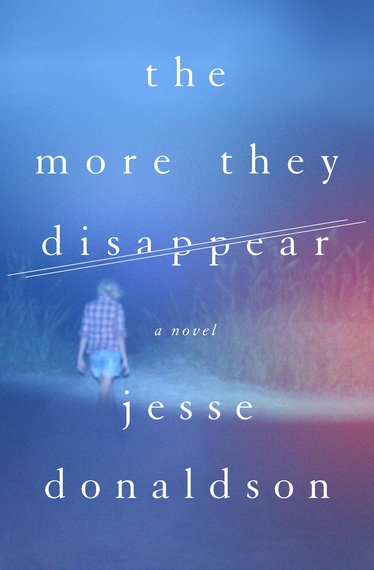 America is currently in the grips of a vicious opioid crisis that is ripping small towns across this country to shreds. From petty crime to drug addiction to HIV and even murder, the stakes are being raised to a new all-time high, as seemingly everyday we witness another tragedy on the news. As the epidemic escalates and the situations in rural communities deteriorate we are left wondering what went wrong. From Oxycontin and Big Pharma to a glut of pain mills with quack doctors prescribing Oxy's like crazy to the Mexican cartels shipping in black tar heroin by the tonnage, we are at a place where we lack understanding on how we got to where we are. But writers like Jesse Donaldson aim to give us some clarification.

In his debut novel, The More They Disappear, Donaldson writes a tale that seems stolen from our national headlines. He tackles the Oxycontin crisis and looks back at how it started in the mid-90s. The More They Disappear takes us to the front lines of the battle against small-town drug abuse in an unnerving tale of addiction, loss, and the battle to overcome the darkest parts of ourselves. I sat down with the Kentucky native to find out why he wrote this book, what he was trying to express and his thoughts on the opioid epidemic that seemingly has our nation in a chokehold. 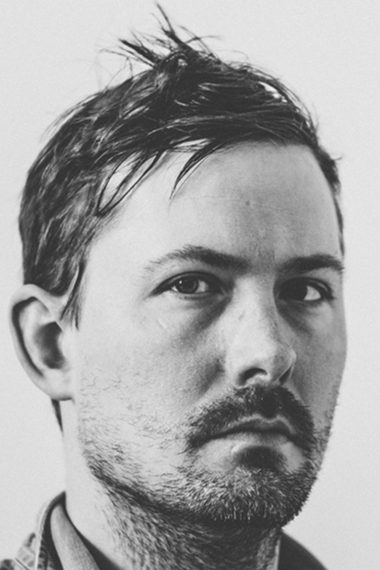 What does the title of your book allude to?
There's a specific scene the title is drawn from. Harlan, the sheriff at the heart of the novel, is looking out over the Ohio River and thinking about how a river is made. His first answer involves geology: porous rock meet rain. The more it rains, the more the rock disappears. But more than that, I think the moment is a nod to how slowly change comes to forgotten towns and the people who live there. My characters are each, in some way, trying to disappear. Some try to run away, some turn to drugs, some try to reinvent themselves, but the more they work to disappear, the more they are flung back into the circumstances they came from.

Why do they call Oxy's "Hillbilly Heroin"?
Because people are smug assholes. And I suppose because there are a whole boatload of misconceptions about the region where "hillbillies" reside. I wrote this book to combat some of those misconceptions. Oxy played second fiddle to methamphetamine in the national media, but I think people took their stereotypes of meth and laid them over Oxy. This allowed drug companies and doctors running pill mills and all sorts of powerful, rich people off the hook. Oxy doesn't discriminate by class. And neither does addiction. I wanted my book to be to be about more than just the most downtrodden folks in the most depressed communities.

Why do you feel the need to bring attention to opioid addiction and crime with your novel?
While I was writing the book, the national media was focused on telling the story of methamphetamine. Exploding meth labs have a sort of cache about them. Or the burnt of effigies of them make a good photo. And don't get me wrong, that's a story that needed to be told. There's a great book, Methland, by Nick Reding that chronicles the meth epidemic. Opiates weren't being talked about in the same way, even though abuse was rampant. But the story of Oxy is harder story to tell because it involved the FDA and doctors and marketing campaigns and chronic pain patients and bored kids in dwindling towns or suburbs. There's a great nonfiction book, Dreamland, by Sam Quinones that does tell some of that story on its way to examining America's current heroin problem.

How do these small towns in Kentucky deal with addiction and drugs?
I don't know if there's a blanket answer. As part of Appalachia, Kentucky was ground zero for Oxy abuse. When the state passed its first prescription pill regulations, counties that bordered other states remained problematic. And there was Florida. Entire busloads of Kentuckians would go down to Florida and stock up on pain pills from crooked doctors. It was like some sort of fucked up Merry-Pill-Prankster-Spring-Break-vacationland-tour.
The truth is small towns lack the resources to properly deal with opiate addiction. There aren't enough methadone clinics or enough doctors to prescribe Suboxone. And even if there were resources for all addicts to receive opiate replacement therapy, health insurance doesn't often cover counseling and other rehabilitation measures necessary for truly effective treatment. And this is just scratching the surface.

Do you have any personal experience with addiction and how do you write about or reach those darkest parts of your characters?
The More They Disappear is certainly a work of fiction, but I have some experience with pills, booze, and bad decisions. I've made a few rather half-hearted attempts at getting sober in my life, though I don't intend to fill this space with the stories I told during my short stint in AA. Mary Jane, the teenage addict in the novel, visits much darker places than I have ever been personally, but I like to think I understand why she would want to explore those dark regions of herself. I understand self-destructive behavior: have romanticized it, regretted it, ultimately worked towards achieving moderation in my own life.

Some people who've read the novel tell me my characters are unsympathetic. Mary Jane especially. This bothers me. I love these characters. Even as I plunged them into the depths, I rooted for them. Besides, "liking" them or "not liking" them misses the point. Most of us have put ourselves into a dangerous situation at some point in life--imbibed too much, one-eyed it home, woken up without recollection--and under different circumstances our lives could have been upended. That calls for compassion, not judgment. Mary Jane's addictions ruin her life. This is tragic. I wish I could have written her a different outcome. I even tried. But it didn't ring true. Oscar Wilde said something like, "We're all our own devil, and we make this world our hell." That, unfortunately, does ring true.

What does the experience of Harlan, as he uncovers corruption and drug use, represent in your opinion? Is this commonplace with law enforcement in Kentucky?
Harlan learns that he'd rather rehabilitate than punish. Sometimes when people ask what the book is about, I say, "It about whether or not a person can make a truly moral decision." Harlan is put in a situation where it's his job to place criminals--no matter the circumstances--behind bars. But maybe he believes the circumstances matter. I can't speak for law enforcement. I interviewed a couple sheriffs when writing the book to get perspective on the challenges that face law enforcement.

How has the drug war affected Kentucky and where you are from?
Thrown too many people in jail. Too many ruined lives. In the eighties and nineties, federal and state officials were flying helicopters all over Kentucky to snuff out illegal marijuana growers. Some counties even had sheriffs flying helicopters (probably with federal grant money from the "war" on drugs). What a waste of time and resources. That language itself - drug war - is so beyond asinine that I don't even know where to begin. So let's just say I'm all for removing militaristic language from drug enforcement and not seeing drug addicts as enemy combatants.

How does the drug world in Kentucky mesh with the culture that is already there from he trailer parks to the ATV's to the riverboat casinos to the country clubs and tobacco farms?
I mean drug culture is part of just about any subculture. That's why The More They Disappear moves beyond the trailer parks to the country clubs. I wasn't about to pretend prescription pill abuse is just a blue-collar or lower class problem. I think of like this: selling drugs is a business. And there are businessmen and businesswomen everywhere you look. There's the college dealer doling out Adderall during finals week. The doctor who prefers cash only patients and prescribes freely. The street dealers. The CEOs with a legion of marketing teams. The insurance companies. And on. And on.

How do you think kids and teenagers get sucked in to the drug culture and what does it do to them?
I have a two-year-old daughter and it seems like part of her job is to push boundaries. To climb higher and risk falling. And sometimes I run to keep her from falling hard. And sometimes she manages by herself. And sometimes I don't come running or am not there and she ends up with a bruise. I hope I'm not being overly simplistic here, but part of being human is seeking new experiences. Drugs offer an experience. They are a form of exploration. And plenty of what is great about life involves exploration, involves at the very least curiosity. So I guess when kids and teenagers experiment with drugs that makes sense to me. I just think it comes with dangers as well. The same is true for adults, by the way. Some of us are predisposed to addiction. Some of us have a harder time setting boundaries. A teenage drug addict possesses a flawed logic that comes from a dangerous combination of naiveté and fuckedupedness. The characters Mark and Mary Jane from the book are my personal Bonnie and Clyde, but they'd never have gotten that far gone without Oxy.

You can order the book here.