My head snapped around when I heard my husband Tim say, "If you're going to live in a 500 square foot apartment in a country where you can't speak the language, you'd better really like the person you're with." The woman seated next to him at the dinner party giggled.

When we retired and sold our California home in 2011, ditching most of our belongings and setting off with two 32-inch rolling duffels to live internationally, we meticulously tended to the details: insurance, finances, inoculations and, of course, careful travel planning. We anticipated the emotional turmoil leaving our four daughters and their families behind for much of each year would cause, but we were so focused on the excitement of our new lives that we never really spoke about the risk we could be taking with our relationship.

Maintaining a happy marriage was easy enough in a stable environment, one in which we enjoyed the diversion of friends, community involvement and some kind of personal private space -- a den, an office, even a taking a moment alone at a desk in a spare room. Figuring out new relationship guidelines was going to be as much of a challenge as learning to pack light for nine months and several climate changes. Facing years of constant togetherness in a series of rentals, some no bigger than an igloo, would we be stretching the seams of our tightly-woven cocoon too far? 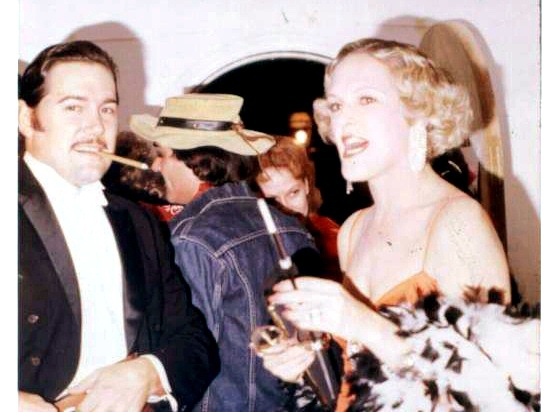 Our first romance, when we were in our thirties, had failed because we were each still seeking maturity in ways that weren't compatible. Thirty-five years later when we met again, my late husband was succumbing to Alzheimer's Disease and Tim's marriage was ending. We instantly knew that life had given us another chance at happiness, and we had to make every second count.

We each brought many years of marital experience to the table, experience that taught us to control hot-tempered impulses, put the others' feelings first and cherish every moment we had together. Since we had missed the difficult years, we had not wounded one another in the inevitable conflicts long-married couples experience; child-rearing, career problems, money conflicts, infidelities, mid-life crises and all other opportunities to inflict irreparable harm to each other. A late in life marriage made it easier for us to behave with patience, courtesy and kindness because we were not haunted by old tapes or scabs from previous wounds. We were so compatible that our four daughters and some of our friends called us the "cult of two." But could our cult withstand a life of derring-do for grown-ups, adrift in the world?

After all, despite our newfound compatibility, life on the go magnifies our differences. Tim is a more meticulous, persistent person than I, so he assumed the role of travel planner, a mantle that can become an anvil when things go wrong. Discovering that our charming apartment in a quaint French village featured a treacherous 15th-century, four-story spiral stone staircase but no elevator; living in Florence's summer heat without air conditioning, a feat almost impossible for normal mortals; or making an 18-day transatlantic crossing on a ship so decrepit that it was headed for dry dock were situations that sorely tested our accustomed courtesy and patience with each other. Knowing that we wouldn't be going "home" to regroup, but would continue on the road for the foreseeable future complicated our emotional reactions to adversity. Resisting the urge to snap and blame sometimes required supreme self-control on both our parts and led us to establish one of our cardinal rules for our relationship-on-the-road: She who does not make the plan may not complain about the outcome.

Another key to our happiness is spelling each other from the things we hate to do, especially on the road, where every chore seems more involved given language barriers, local customs and not knowing exactly where to find what one needs in a strange city: Queuing up to pay at a cash register is agony for Tim, so he stands outside the store watching the sidewalk parade in Paris while I cope inside with Madame as she weighs the rutabagas; I despise laundry, so since most European places do not furnish clothes dryers as we know them, he's in charge of draping our damp undies over every available surface. The list of courtesies is long, and the patterns we have developed cut way back on the time and energy we could waste negotiating. We would rather enjoy our surroundings than bicker about who's in charge of what chore.

In our new nomadic lifestyle, showing love is less about passion and more about patience. There seems to be a prevailing notion that travel offers a romantic panacea to a relationship, but the truth is that sharing close quarters, sometimes challenging circumstances and lacking the buffer of a daily routine can be trying. We work hard at controlling our tempers and supporting each other. For instance, once we've developed a plan, I don my cheerleader outfit, knowing we're committed in more ways than one. Mad romance isn't much use when you're wading through water up to your knees in the dark, sodden map in tatters, rain dripping down the back of your neck, lost in a pounding Istanbul storm with no taxis in sight. True love is summoning the civility to say, "Don't worry, sweetie, I know you'll figure it out," so your partner doesn't feel even worse about having led you into such a dicey, soggy experience. 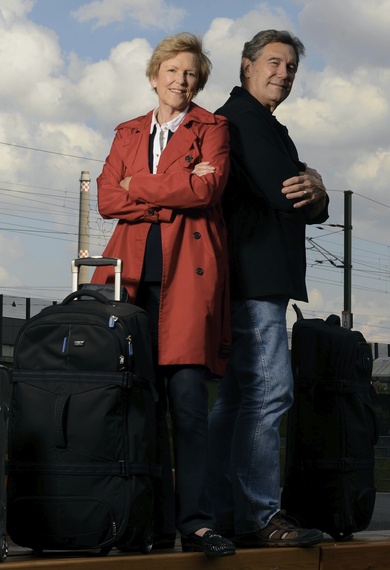 One warm summer day in Istanbul early in our travels, I picked up my purse, closed the door and walked out of our tiny apartment to join Tim as he stood on our fourth story terrace admiring the magnificent Blue Mosque. We were on our way to lunch. "You DO have the key, don't you?" he said, alarm in his voice.

"I assumed you were ready to leave since you came out here," I replied, hurrying over to try the door. Of course it was locked tight. The tiny bit of shade on the terrace was already shrinking as the sun soared higher; we had no water, and no way to get down.

I began to apologize as I fumbled in my purse, looking for my phone to email our landlord about our predicament. Tim skipped the opportunity for blame and waved away my apologies.

"Sweetie, relax. This could have happened to anyone. We'll get it straightened out. He'll send someone to help," he said as the sun hit its highest point.

After our landlord rescued us, we went inside for a drink of water before striking out again. I was still in mid-apology for the tenth time when Tim said, "I don't believe it!"

"What's up?" I asked. I turned around to see him grimacing as he dangled the key in front of him.

"Guess what was in my pocket all the time?" he said sheepishly.

I laughed. "I guess you're really glad you were so nice to me out there!" Off we went to lunch, this time with the key firmly planted in my purse.

Whether you're living in an igloo or a mansion, patience and kindness are the key ingredients to a love that works. Whether we're averting a disastrous mistake or reveling in a perfect experience, every day we are together is a gift we could never have foreseen when we parted so long ago. After living for 35 years without each other, sharing 500 square feet together feels perfectly comfortable for this cult of two. 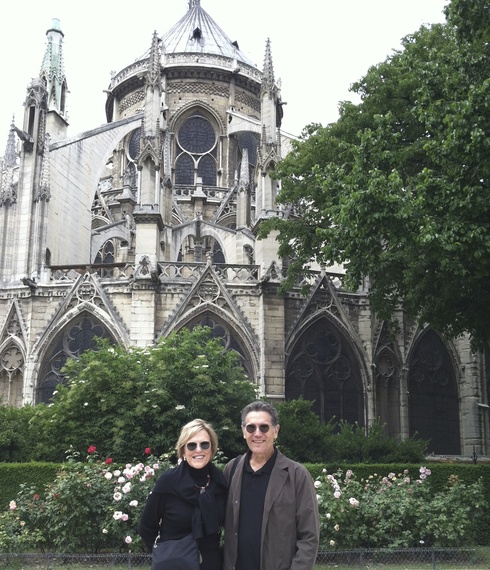