For reasons you may find cloying, last week I experienced renewed love, affection and appreciation for my dog Tulip--not the wonderful movie My Dog Tulip--I'm talking about my actual, real-life dog Tulip.

But precisely because of this overwhelming gratitude for my fabulous 11-year-old (You're SUCH a good girl!), I wound up watching White God, an award-winning Hungarian indie film released in the States in July 2015, and currently available on Netflix, which summed it up like this:

When a cruel father dumps his daughter's beloved dog, Hagen, out on the highway to fend for himself, Hagen not only survives the horrors of abandonment, dog fights and starvation, but rouses an angry army of mongrels out to exact vengeance.

This may be hard to watch, I advised myself. But then again, seems like the dogs make out in the end; and, what the hell, I'm having a dog kind of week, so...

I still don't know why they call it White God, but my God, like good art should, this movie sank its teeth into me (sorry, couldn't help saying that). The bond between Lilli and Hagen is made clear early on through a lovely scene in which she performs a haunting melody on her trumpet to ease her dog's distress. Once Hagen is abandoned, the film tracks both his beleaguered journey and that of his bereaved 13-year-old owner. 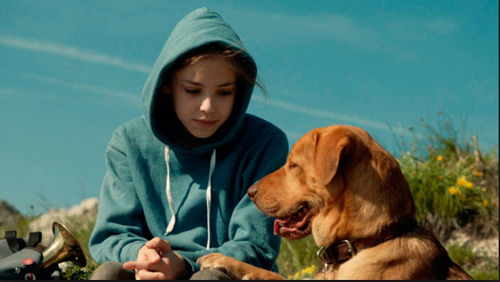 A homeless man snags Hagen, and sells him to a bloodless, dogfighting dickhead. Hagen's transformation into a battle-ready, bloodthirsty beast is unbearable to watch, I kept my eyes closed the whole time. After the fight, the transmogrified hound escapes, is eventually caught and delivered to a kill shelter. When his turn comes, Hagen lunges for the attendant's throat (you don't want to see this scene either), opens wide the gate to the pen restraining 300 more dogs, and they hit the city streets, snarling, menacing and formidable, with Hagen as their new general. How is Hagen so brilliantly capable of executing this masterful act of domination? That's beside the point. This is a fable, people, and it promises to deliver morallly and rightfully victorious canines; practicing a little patience is called for.

As Lilli roams the streets in search of her dog, Hagen leads the pack to chilling, people-specific attacks, and we grasp that the evil father, and even Lilli, will surely be the final targets. Spoiler alert! I have to tell you about the ending, which is magnificent, majestic, merciful and a bunch of other M words I can think of. The 300 dogs, now being hunted by a military-type police force, arrive at their final destination, with their leader Hagen at the forefront. Lilli faces them down. Hagen snarls in lunge-ready posture. 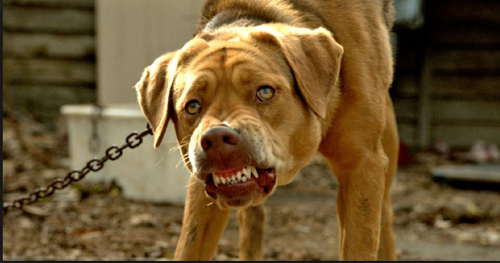 After a nail-biting stretch of time, she pulls out her trumpet, plays the melody we've heard before, and we watch as Hagen softens, lies down, and the other dogs follow suit. Lilli, too, lays down her trumpet and prostrates herself; her father emerges and drops down beside her in pranam to the animals. 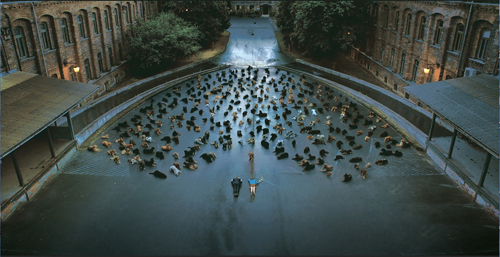 Several allegories can be gleaned through this dark and powerful reflection on society at its worst, and many were deliberated in breathless reviews of the film: it speaks to the eventual rise of the downtrodden (the 99 percent!); the coming apocalypse; the conquest over fascism; the forgotten nature of man's best friend, and more. But the meaning I took away from this cautionary tale comes closer to the heart: remove the love and a monster emerges.

So, next time you're feeling unloved, abandoned, unlovable; like you will never find love again, or that you've forgotten how to love, keep in mind that a monster -- which must eventually be annihilated -- lies within, waiting to be set loose upon the world.