I sat in the doctor's office, where I had come to get some medication for my twelve year old, whom I thought was suffering a mild depressive episode as a result of the change from elementary school to junior high school. I listened to the series of questions the doctor asked my daughter:

Have you thought about taking your own life?

Have you thought about how you would do it?

Have you made a plan?

How often do you struggle with these thoughts?

The doctor turned to me. "Did you know she had been considering suicide?"

Unable to speak, I simply shook my head. I had seen marks on her wrists a few weeks before, and she had said something about scissors. How could I have let it go without seeing that she had been trying to dig out the pain inside her mind?

His expression was grim. "I don't know if it's safe to allow you to take her home. Usually, in cases like this, I recommend that a parent immediately drive the child to the emergency room to be checked into a psychiatric unit."

All sound had turned to rushing noises. My twelve year old was thinking of killing herself? How was this possible? She still slept with multiple stuffed animals in her bed with her. She liked craft projects and was learning how to braid her own hair. She had developed into an adult body very young with large breasts that made people think she was older than she was, but she was still just a little girl. To read more of the events of that first year, you can go to this essay here.

My daughter spent the next year in and out of junior high school. We tried medication. I brought her to a wonderful therapist. There were also nights when I slept on her bedroom floor because I was afraid that she might hurt herself and wanted to make sure I was there to stop her. And in those nights, I wrestled with my feelings for God. How dared He give this depression to my daughter! How dared He make my family suffer again after we had lost my sixth child at birth and were still suffering the consequences of that! How dared He make me deal with someone else's depression when I was still dealing with my own! How dared He make me find the strength to be a fierce advocate for a depressed near-teenager?

I had just been trying to believe in God again when all of this happened. It was in many ways the worst time to test my newfound, fledgling belief in a divine being who loved all people. I didn't have much in my arsenal of tools to deal with my local congregations' assumptions about depression--that it was usually a result of sin and that being depressed was an insult to God, who wanted us to be happy.

But I became a fierce defender of my daughter, offering to speak at meetings with her peers about what depression is, how you deal with it, and why it happens--things I was only figuring out myself along the path. I dealt with well-meaning Sunday School teachers who thought they could "pray" the depression out of her, with less sympathetic junior high school teachers who told me that if she missed class, she would lose all points for the day because that was "policy." I became a much less nice person. I lost my patience a lot for the sake of my daughter and I was rude when I had to be to get attention for her sake.

Four years later, my daughter is doing much better. She still has some bad days and we deal with them as they come. We both reassess what other tools we might try for depression. But I have learned so much about myself, about God, and about my wonderful daughter along the way that I can truly say that I wouldn't change our journey together for anything in the world. It sounds like a terrible thing to say, that I wouldn't want to lift the burden of depression from my child. Of course, there were many times when that was all that I wanted to do. But I have come to value her struggle and to wish it away seems somehow disrespectful of her and who she is becoming. (It's also, let's be honest, impossible and therefore probably not worth that much time and energy.)

For me as the parent, helping talk to my daughter through some of the worst moments in her life has been one of the greatest challenges and one of my greatest joys. Because I went through a terrible depression myself and still suffer some bouts of it, I have been able to be honest with her about some of my problems, and have discovered many times that I can give her words for things she did not know how to articulate fully. I have been able to speak to the darkest parts of her fears for herself because I know that path. I know the voices in my head that tell me I'm not good enough, that I never will be, that I'm not worthy of God's love, and that anything bad that happens to me is my own fault.

I'm not convinced anymore that God causes these things to happen, that he chooses all of our life's trials for our own good, like some kind of sadistic task master. I believe a lot of depression is chemical and largely genetically pre-determined. And I have said before, I don't believe in miracles that change the natural laws of the universe.

However, I do believe in the miracle of love. Loving my daughter through this has expanded me and deepened my understanding of God's love for me. It has made me see that God does not love me because I fulfill certain lists of good behaviors, though for so long I tried to "earn" God's love by being a good person and volunteering to do good works, by reading scriptures and praying and completing a long checklist of things good people do. None of that made me truly feel God's love, though. It just made me satisfied in myself, and sadly, rather judgmental about other people who weren't completing their own lists as well as I was.

I have told my daughter again and again that I don't care what grades she gets in school, and it has become more and more true as I have allowed my soul to grow in the miracle of love. I don't need her to reflect glory back to me. I don't want her to worry about things that don't matter, and realizing what things don't matter has been a glorious revelation to me. Body size, fitness level, healthy eating habits, publication credits, test scores, budget balancing, dinner menus, house cleaning--all of these things that I spend so much time on and think are part of living a righteous, godly life--they aren't. They're the most superficial things imaginable. God doesn't care about any of them, and I can let them go because of that and think more about what really does matter.

I love my daughter's essential being. I love the pain she carries and how she carries it. I love that on one of her worst days, she asked me to take her to the store so she could buy cards and gifts for other people. She had no plan for whom to give them to, only knew that there were others suffering and thought that even if she couldn't cure her own pain, she might be able to give a pick-me-up to someone else. I love that part of her depression is because she sees others in pain, every moment of every day, and that weighs her down. I love that she expects so much of herself that it hurts. I love that she is bright and brilliant and that she is also deeply cynical and has a bitter sense of humor.

When I pray at night, I spend the last part of my prayer visualizing coming to God and feeling His arms around me (or sometimes hers). I wait in silence to hear what He has to say to me. And recently, what I heard was, "I love you in your brokenness. I love you no matter how wrong you are now or how wrong you will be in the future. I will always love you completely and infinitely." I struggle with many things in regards to religion, but I have come back to believing because of this one thing that matters most to me: love.

For other parents who are struggling with their own or their children's depression, for those who feel that they aren't good enough and that they can't tell the truth about how deep the darkness is in their own souls, please know that you aren't alone. Being depressed doesn't mean that God has chosen you to be cursed for some reason. It doesn't mean that you are unworthy or unloved, even if it feels like that almost every moment of the day. I don't know why it happens. I don't have those kinds of answers. But I believe it is a chance, as so many other times in our lives are, to learn more of God's all-encompassing, eternal love. Love is the miracle. 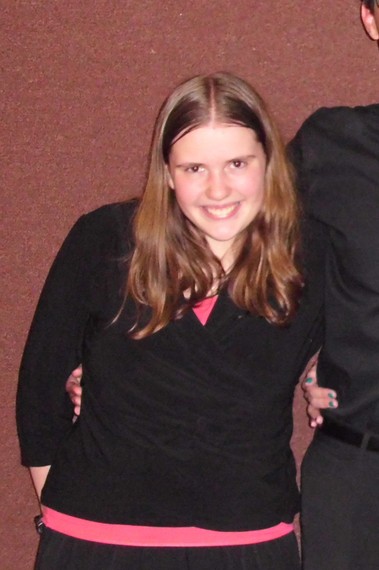