Valentine's Day has come and gone. And if popular culture is to be believed, Valentine's Day causes problems for men. TV shows, comic strips and jokes show men desperately trying to find the right gift for their partners -- and sometimes woefully missing the mark.

That got me thinking about the hundreds of older men I've interviewed about love, relationships and marriage (detailed in 30 Lessons for Loving). They've been through every romantic problem and relationship conundrum imaginable -- and have managed to stay married for a half century or more.

The question hit me: If we got all of them into one room in front of a group of men in their 20s and 30s, what would they say? What lessons have they learned that they would pass on to younger versions of themselves?

Going back over the data, I distilled three things that old guys would like to pass on to young guys. Think of it as your future self, giving you advice on love (useful for Valentine's Day and beyond).

Sometimes in my interviews, I encountered men whom I labeled the "tough old guys."

You've seen the tough old guys, I'm sure. Your mechanic might be one, or a farmer who lives down the road or one of those men having a beer at the veteran's club. Maybe you have one in your family.

These guys look tough -- they might be 75, but you wouldn't enjoy being in a fist fight with one of them. They've spent their lives working hard at physically demanding jobs, and they don't say a lot more than needs to be said. Many have been in one war or another -- World War II, Korea, Vietnam. For all of our navel-gazing about masculinity these days, the tough old guys feel like what people mean when they say "real men."

To my surprise, here was the biggest recommendation from the tough old guys: learn to communicate. For many of them, lack of experience in expressing their feelings was exacerbated by several years of yelling at others, and being yelled at, in the military. They cited the difficulty in communication as the biggest challenge in the early years of marriage (as did their wives).

But they learned how to do it. They overcame their natural reticence and learned how to open up. I've never forgotten one man who mastered communication, even though it took him half his life. After a rough upbringing and decades of failed relationships, Jack at age 40 found the love of his life and has made it work for 30 years. What changed? He says it's simple: he learned how to communicate.

Well, the main thing is I've learned how to sit down and talk. Like when a decision comes up, like going to buy a new car or do some work on the house, my attitude used to be: "Hey, it's my way or the highway." Well, I finally met somebody that I cared enough about that what she thinks matters to me. You know, everything is not my way. We sit down and discuss it and if she had the better idea, we go with her idea. So that's the biggest thing I've learned.

The same was true for almost every man in my studies. They said: you have to be willing to talk.

Not all the time, if you don't feel like it. But when there are important issues in the relationship, decisions to be made, disappointment or dissatisfaction that is festering - then things are different. At such times, you simply must be able to talk rationally, constructively, and freely about important issues, or the relationship is not likely to be happy or even to last.

2. Stop being the "white knight"

The older men pointed out a behavior that they view as a "communication killer." And the problem with this behavior is that it usually stems from the best intentions: love and concern for the other person. Sometimes your partner simply wishes to be listened to while expressing sadness, stress, or upset. However, in an effort to help, you jump in immediately to try to solve the problem.

There's no question that the men in my survey see themselves as the major culprits in this behavior - and counsel their younger counterparts to watch out for it. Fortunately, many of them learned to tamp down the urge to be the "white knight."

I would say that one of the things that I've learned is that as a man, I tend to be a fixer. If my wife is complaining, I want to do something about it and make it right. The problem is, first of all, there's tons of things in life you can't fix. And the second thing is that often the other person just needs to be heard and validated. So control that fixer impulse and really be there for the other person, and be able to endure the suffering when you can't make something go away.

Of course -- lots of times when there's something painful, there's a desire to go do something, whatever you can. There's nothing wrong with that; that's absolutely right. But often -- for the really big ones, it isn't that easy. It's more a matter of being with the other person and suffering with them, even though it's really hard to watch somebody you love suffer.

Looking back, older men urge you to listen, reflect back what you have heard, and ask how you can help - but resist the temptation to charge in and fix everything.

3. Be open to her interests

According to the older men, one key to a long marriage can be summed up as "give your partner's interests a try." Among unhappy couples and divorced elders, resentment of a spouse's independent interests shone through. The partner's passion for an activity was seen as a threat to the relationship.

The long and happily married men used a different approach: join in. The question they ask you is this one: What's more important - how you spend your leisure time or your marriage? If it's the latter (and they hope it is), then at least try, and if possible, adopt your partner's interest. It's better than sitting at home and stewing angrily.

I wrote earlier about the "tough old guys." Ernie, age 88, fit the description. He grew up in a rough Detroit neighborhood where he had to prove himself over and over. He escaped that world through sports, playing minor league baseball for several years. He joined the army, fought in the Korean War and after discharge found good but hard work in a factory. This rough-and-tumble life made marriage initially a challenge for him. But through hard work, it's become the centerpiece of his life.

When asked why it's worked so well, he uttered two words I never thought I'd hear from a guy like Ernie: "opera" and "ballet." But he believed that a loving marriage meant learning to enjoy his wife's interests. He shook his head in amazement when he said:

I went to operas. Operas! I didn't like operas but my wife went to baseball games and she didn't like baseball, so we just split it up together. I learned to like things that she liked and she learned to like things that I liked. I didn't want to go to the opera, it's a sissy thing. But I went, and you know what? It wasn't bad, I didn't want to go to the ballet, I thought it's terrible. I went, I liked it. Baseball games -- she went, didn't know anything about it, but she had a good time with the crowd. That's what it means to give and take, it lets you be married and really enjoy it.

Why listen to the old guys? Well, they've accomplished something very difficult -a fulfilling marriage that's twice as long as some of you have been alive. Take it as their Valentine's Day gift to you.

Karl Pillemer's 30 Lessons for Loving: The Wisest Americans on Love, Relationships, and Marriage was published in January 2015. For more information on the Marriage Advice Project, please visit the website, like the project on Facebook, and follow on Twitter:@karlpillemer. 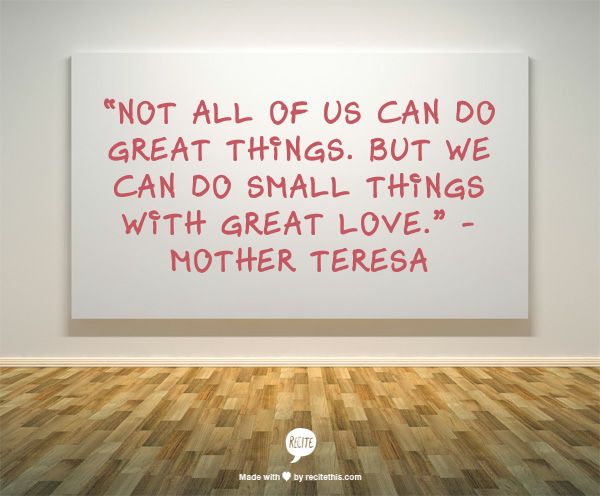