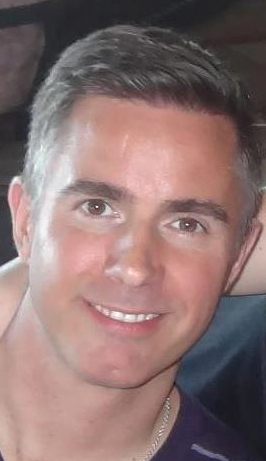 The novel Favorite Son was recently named by Goodreads.com as the #1 "Best Underrated M/M Book of 2014" and a "Favorite Book of 2014" by Love Bytes Same Sex Romance Reviewers. The plot revolves around a Washington, D.C. power broker who appears to have a picture-perfect life: looks, luck and love. Protagonist John Wells then finds himself blindsided by a series of betrayals. In the space of a single day, John's world unravels when his career falters and his marriage implodes.

Author Will Freshwater agreed to chat with me about the inspiration behind writing his first book, including the encouragement of gay stand-up pioneer Bob Smith. 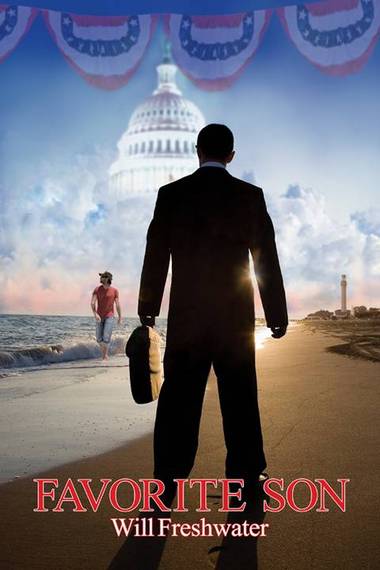 Stroud: You're a lawyer by training and profession. What inspired you to write a novel?

Freshwater: I started writing Favorite Son after my partner of thirteen years and I split up, changing my life in a really profound way. And then September 11th happened. So I thought, "What if I had a story about this guy who had the perfect life and lost everything?" Writing it was a way for me to deal with the losses I was undergoing. And the more I wrote, the better I felt.

Stroud: The prologue of your book describes the birth of the main character and the fact that he was a twin.

Freshwater: The prologue is completely autobiographical. No apologies! I wrote exactly what had happened to me. I had a twin brother who died shortly after we were born and I just changed the names. I found that it gave much greater depth to the story.

Stroud: Tell me a little about what happens to John.

Freshwater: John Wells is in a relationship, and he meets a really good-looking guy on the D.C. Metro. Off the cuff, he decides he'll give the man he just met an alias -- and chooses his deceased twin brother's name, Peter. The alias quickly becomes a character in the story. Suddenly, there's this character, Peter Wells, who steps up and says, "John, you haven't done a very good job in terms of living your life -- you're unhappy, you're in a bad relationship -- maybe I should give it a shot."

Stroud: Prepping for this interview, I learned there are many examples of creative types who are surviving twins: Thorton Wilder, Diego Rivera, Elvis Presley and Liberace, just to name a few. Many critics believe there is an ever-present search for unity among artists who have lost a twin. True for you?

Freshwater: It definitely influenced my writing in Favorite Son. The twin motif took on a life of its own. I didn't find out I had a twin brother until I was in my teens. It was a huge tragedy in my family, but we talked about it once and then it was, "Let's just move on." This book was an opportunity for me, as a forty-year-old man, to process feelings that I'd been carrying around since I was thirteen.

I was much smaller, much weaker than my brother. He was almost twice my size, but he died -- and I didn't. I survived. There's -- guilt's not the right word -- maybe a sense of responsibility that I had an opportunity that my twin didn't have, so I've really got to make it count.

In the book, that's what starts to drive John. He realizes that success is really about happiness, connection, love, family and community. But he realizes it only after he's assumed the identity of his deceased twin.

Stroud: So Peter metaphorically resurrects while, in a way, John dies in Favorite Son. Is that something you experienced personally -- a moment where you felt like you'd died and your twin lived?

Freshwater: Again, it was somewhat autobiographical. When my first partner and I split, I felt like it was a death - actually, my death. That life, that existence, that identity ended very abruptly. There was no way back-- or, the only way back was forward. I had to start over. I really did see it as not just a new beginning, but a birth. In Favorite Son, John leaves his old life in D.C. behind and starts a new life in Provincetown.

Stroud: The "original" twin -- like your character John or like you -- can quickly access an internal otherness by saying, "Wait a minute. Let me arrive as the twin that isn't here."

Freshwater: Exactly. I say in the prologue that having a spare anything is generally a good idea. Novels are usually love letters. If that's true, Favorite Son was in some ways a love letter to my brother because I never really got the experience of knowing him or having a relationship with him. Writing this book gave me the opportunity to imagine what that would have been like.

Stroud: When I read your book, I saw it as a love letter to Provincetown.

Freshwater: Such an amazing place -- and not just because of the physical beauty. There's a creative energy there. It's where I feel the most authentic. I started going to P-town when I was nineteen and coming to terms with being gay. Seeing this place, where people could be openly gay without fear or judgment, really rooted Provincetown in my mind as the go-to place for me.

And that's what happens to John. His life in D.C. is very black and white. Then he jumps on a ferry to Provincetown, and it's like The Wizard of Oz; suddenly everything's in Technicolor. He becomes a different person, and the world opens up in front of him.

Stroud: I'm curious about the romantic relationship that John, living as Peter, finds. Tell me a little bit about the inspiration for Danny.

Freshwater: I didn't know about Danny when I started writing the book. I was much more focused on John dealing with all his losses. When he gets to Provincetown, these characters -- there are a lot of secondary characters -- just sort of popped up out of the woodwork.

Stroud: In real life, or in your imagination?

Freshwater: In my imagination, definitely not in real life. These are fictional characters. I had John doing the things that he would do when he got to Provincetown, and along the way these people just manifested. Danny just sort of appeared. He wasn't someone I anticipated, but as soon as I started writing about him I thought, "What a great foil he would be to John Wells!"

John is sophisticated and well educated. What better foil for him than this blue-collar carpenter living and working in Provincetown? I didn't want their relationship to be cookie cutter, but painful; to have its ups and downs, because I knew that's what would be most gratifying to the characters -- and to the readers.

Stroud: How does being an openly gay man influence your writing?

Freshwater: When I'm writing, there always seem to be gay characters and gay themes. I don't know if that's because I write what I know -- or because I'm using them as a way to process my own experiences and feelings. In any case, even when I try to get away from them, they manage to work their way back in and naturally become a part of my writing.

Stroud: What advice would you give for those who dream of writing a novel?

Freshwater: Focus on writing, not on publishing. People say to me, "Wow, thirteen years. That's a long time to work on a project!" I say, "Yeah, but I had so much fun!" Every year brought with it new experiences and new layers that I could incorporate into the book. The process is rich and rewarding and transformative. I wouldn't be the person I am today if I hadn't spent the last thirteen years writing this novel.

Freshwater: I've been a big fan of Bob's writing for years. When I read his latest published novel, Remembrance of Things I Forgot, I was so moved that I looked him up online to express my thanks. We became pen pals and friends. Almost a year later, we actually met. ALS (amyotrophic lateral sclerosis, often referred to as Lou Gehrig's disease) had impacted his speech. Bob's writing was fluid and his wit was always there, but when we met it was almost like meeting a different person. I love both equally -- they're both incredible, amazing, creative people -- but it really was like meeting two different people. 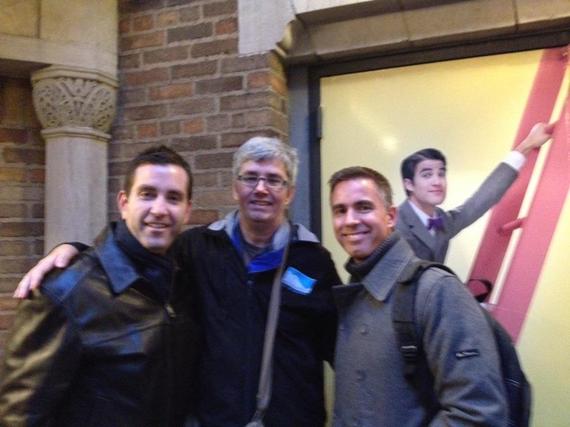 Stroud: How did Smith help you?

Freshwater: When I wrote to Bob the very first time, I asked if I could share some pages with him. He was very receptive, and the pages led to chapters. My confidence in myself faltered on almost a weekly basis where I just thought, "What am I doing? This is crazy; I'm not a writer!" But Bob knew that I was a writer. He always believed in the vision that I had for the book. I kept telling myself, "If somebody as smart and talented as Bob Smith thinks that I should write this book, than I should write this book." Without him, I would never have written Favorite Son.

Freshwater: The only thing I'd say is that the most gratifying part of this whole process has been having people reach out to me and say, "I read your book, and seeing this character struggle and ultimately succeed in finding himself and finding the life that he is meant to live, inspired me." That alone justifies all the work, time and effort.