Joanna Zelman is a HuffPost editor who has lived in New York's Lower East Side, East Village and Williamsburg for the past three years. She is now traveling abroad, having purchased a one-way ticket to Chile. But she'll be back.

We need to take a break. Not a Rachel-style break, but a real Ross-esque separation.

Yes, I plan to sleep in other countries. But I will always love you.

I love your insomnia. Just knowing that others are awake selling hammers, delivering Chinese food, running on treadmills, riding ferries across the water and painting toenails under the 3 a.m. stars buried by light pollution helps me sleep at night.

People who've only lived with you for two days consider themselves at home. The lost souls have to pay for groceries in cash because they can't remember their debit card zipcode.

You empower your inhabitants. Every single person in your city always has the right of way, no matter what the law says.

They cross the street when they want to cross the street, regardless of the red hand. They squeeze onto subways and moving elevators, no matter how hard the doors try to squish closed. They smuggle their purse dogs into restaurants, undeterred by the health inspector. They use coffee shops as public restrooms, laughing at the "customers only" signs plastered to the windows. 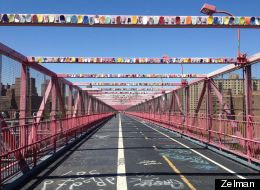 People here barge through film sets not to spot a movie star, but rather because it's the shortest path to their destination and not even Brad Pitt is going to keep them from being on time to a Two (or Four) Buck Chuck wine party.

Your subway station's yellow platform edge strips are simply the fast lane for walkers, alarm-rigged emergency exit doors are just the quickest way out, and everything from salad to yogurt to soup can be consumed in an elevator, clothing store, nail salon, train and public bathroom.

I know the true you, beyond your rough exterior. Sure, you get a bad rap, but just yesterday I watched a teenager clear a path down the subway stairs for a blind man.

Granted, on that same subway trip, a seat of 20-somethings kept their iPhone earbuds jammed in and eyes cast downwards to avoid giving up their seat to an elderly woman. But five minutes later, all those robot faces broke into laughter when a toddler started throwing Cheerios. 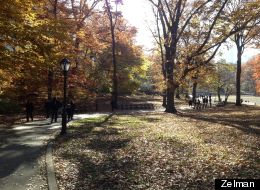 You're moody as hell. I'll wake up to sunshine and chattering birds, and the next minute it's downpouring and I'm leaping over grates in my flip-flops, clomping into street puddles of mysterious depths.

A person can be walking your streets and pass a flower shop spilling over with lilacs, catch a whiff of sugared peanuts roasting in a cart, skip over little dogs in matching sweaters, and be surrounded by so much life all at once that they are suddenly overcome by a wave of pure contentment.

And just three steps later on that very same block, those same wilting flowers, burnt nuts and scruffy dogs will blanket them with such immense loneliness it catches their breath, because despite the saturation of senses, they are alone.

Okay, so maybe you're not perfect. Why won't the traffic move even when the LIGHT IS GREEN?! Why do the slowest groups choose to walk in a horizontal line on the sidewalk to wall off the entire path? And when you hop into the bike land to pass the slowbies, a gentle nature-loving bicyclist will inevitably yell, "Get out of the f*cking bike lane, d*ck!"

You're an asshole. My dad doesn't like you very much. He said it'd never last. 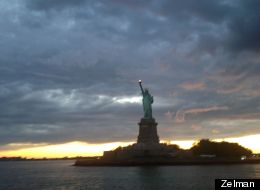 You taught me some bad habits. I haven't slowed down to soak in my surroundings because I'm trained to walk with a purpose, stare straight ahead, show no interest. It's true, if I held a glimmer of curiosity or hope in my eye, I'd end up with 12 comedy show tickets (2 drink minimum not included) and my name signed to 5 petitions.

But please, don't change. I'm just not ready to settle down.

They say you're a melting pot, but I want to go experience some original ingredients. 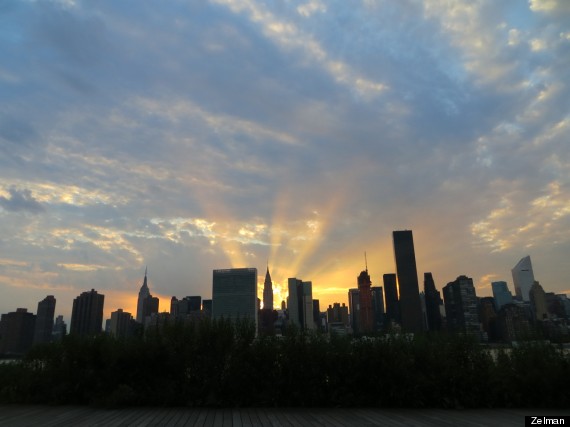 An anthology of reflections on places the world over