Def Leppard, a popular 80s rock band fueled with leather-clad men singing about heartbreak and armageddon, recently played at a venue close to my New Hampshire home. The flyer I received in the mail told me so, tempting me with a rundown of concerts from yesteryear. 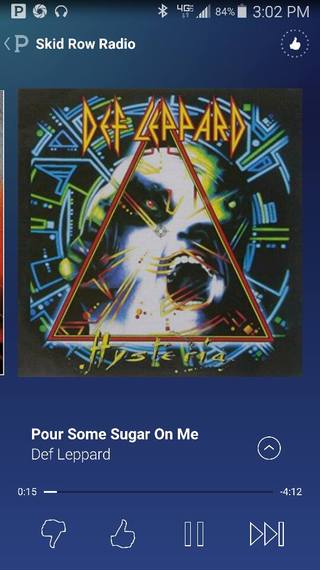 Still enjoying 80s music: A recent screenshot from my phone.

Although I'm a 41-year-old woman, thoughts of lead vocalist Joe Elliot belting out tunes about wine, war and wanton desire left me giddy inside.

Suddenly, I found myself in a state of flux. In one hand I held an invitation to return to my 1980s youth and in the other, I held the electric bill.

Just like that, I was teetering between wanting to revisit my teen years and forgetting them, the whole Def Leppard mailer taking me back to a time I simultaneously enjoyed, yet also wished to forget.

I was wild about the majority of their songs back in the day. However -- now looking back with older and wiser eyes -- I didn't necessarily enjoy the semi-chaos that was unfolding in my life while I enjoyed their tunes.

It was while Hysteria and its lyrics about feeling ecstatic about love played that I engaged in across-the-classroom flirtations with a nice young man during a high school class. Notes were passed, darting looks were exchanged. Yet at the end of the day, too-shy me would saunter off, the band's guitar riffs blasting from my headphones.

Too Late for Love, in which lyrics about a lady who is "acting pretty cool" yet in life is "always playin' the fool" seemed to mimic my existence during one depressing phase that lasted all of a week. I felt duped by a particular set of friends who deemed me unworthy of their high school clique, and was also peeved that my picture didn't make it into the yearbook. Having attended high school as a military dependent in Germany was a unique experience, so the absence of my photo in the yearbook was bothersome. Yet Def Leppard's lyrics made it better. 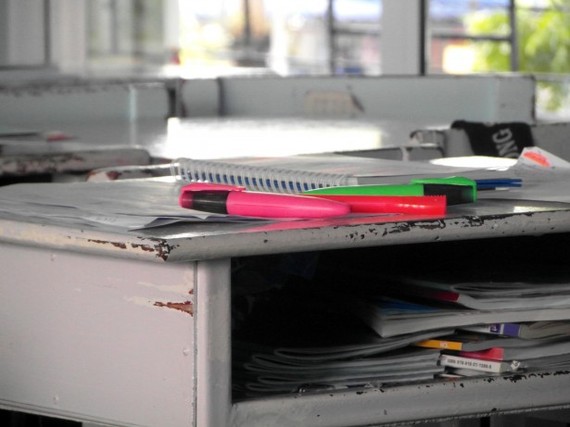 They were the tunes that echoed in my mind, where drum solos and perfectly-timed pauses seemed as maddening and wild as my emotions.

Don't get me wrong.

While I moseyed around in my jean jacket, complete with a Def Leppard iron-on patch, I also made some great friends, many of whom I'm in touch with today. There were endless hours spent laughing and talking at the military base's bowling alley, visits to the country's castles, beautiful bike paths and dinner plates filled with spätzle and bratwurst. Looking back, life there was pretty amazing.

Still, the band's songs are reminders of a life gone by and all the changes that have come along with it. Since those high school days, I've been married and divorced, witnessed my loving father's death, enjoyed my passion for writing, re-married and maintained a child-at-heart approach to life. I have two cats, article deadlines and bills to pay.

Hitting a Def Leppard concert and immersing myself in the badassery and fragility of my teen years might be too much for me to handle.

Then it hit me. All of these thoughts about Def Leppard weren't so much about bittersweet reflections of times gone by, but something more. This had nothing to do with missing a pretty countryside (that still beckons to me), or of how I mentally rebelled against yearbook staff decades ago.

My concern had everything to do with the man sitting on the sofa, a few feet from where I stood holding the flyer.

I glanced at my husband, my immediate concert-companion. He's truly moved by music, so surely, he'd be the ideal person to accompany me. Yet I hesitated to blurt out the fact that Joe Elliot was going to be right here in the Live Free or Die, maple-producing state of New Hampshire. Right here! I made up my mind before I mentioned anything though, never uttering a word about who was going to be in town. 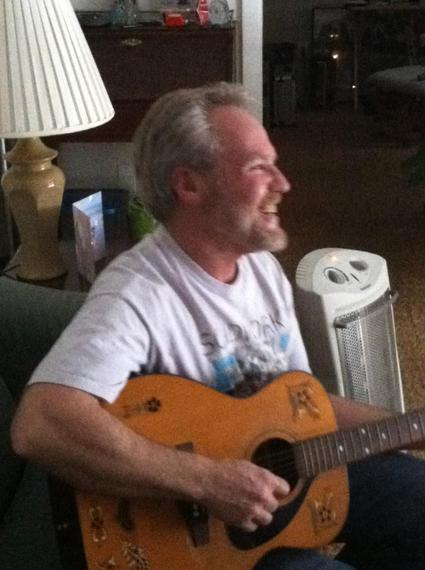 My husband the music lover.

What would he think, after all, of the loudness, the bit in Pour Some Sugar on Me about squeezing a little and then a little more? What would he think of the cell phone lights that would likely be drawn and swaying en masse during Love Bites?

After all, one's taste in music can shed some light about a person, and I'm not so sure he needs to be privy to the 1980s thoughts nestled deep in the roots of my psyche.

Perhaps I'm embarrassed. Or thinking too much. Likely both.

He didn't know me during my algebra-shunning, note passing teen years. Did he need the glimpse of it now? Would it clash with the organized, professional, sometimes silly person he knows of today?

Would it even matter, decades later?

Oh, did I mention that he is 22 years my senior?

While I held the concert flyer, I was unable to envision sharing in concerts I loved during high school with a man who grew up listening to the likes of Dave Clark Five. It's this awareness that became bothersome to me, especially considering that I've written on the topic of our age difference before and often strive to debunk the myths that surface.

Stop the assumptions, I say.

Look at who you love and consider your own romantic actions before you judge.

This is about love, just as much as any other relationship and it's full of complexities, differences and bonds. An age difference tends to produce its share of mental gasps though, and in my mind, the sight of us together at a Def Leppard concert would magnify everything.

Self-Realizations and Learning to Stop Thinking So Much

I became bothered by the fact that inside of the 30 seconds of clenching the mailer, such ludicrous thoughts prevailed. I've become the very person I've spoken out against, not only caring what others may think, but making stereotypical assumptions based on age. In this case, it involved music preferences from the past.

I realized I was also feeling upset by reminders of my less-than-stellar high school attitudes (during the first two years, anyway) and that somehow, as if by osmosis, listening to them might unleash semi-rebellious moments from times gone by and oh, I don't know, make me do something wild like wear mismatched socks--on purpose. That, or I'd want to book a flight to Germany and live there for a month or seven. On a lesser level, I'm stricken by the fact that a simple concert mailer triggered all of these thoughts. It was bizarre.

Yet they seemed to be fair, justifiable feelings. After all, my husband has a penchant for barbershop quartets and their ability to harmonize with jaw-dropping precision. When such groups sing, they're anything but Def Leppard-ish.

Furthermore, one of my husband's favorite bands from yesteryear is one called Strawberry Alarm Clock. When he first told me this, I assumed he was referring to a nutrition-based phone app.

I should know better though. He's open to a variety of music, made obvious by the fact that he also enjoys Boston, Journey, Mozart, Three Doors Down and Brooks & Dunn. I do too. So why wouldn't he enjoy a little Pour Some Sugar on Me? After all, I enjoy some CCR or Grand Funk Railroad, yet have been known to crank up some songs by Disturbed. Throw some Judy Collins and Flock of Seagulls into the mix and I'm good to go.

Besides, since when did musical interest get in the way of love? Sure, it plays a role depending on the couple's relationship, but certainly sharing dreams, taking vacations, enjoying quiet moments and hogging the sheets also count for something.

I kept telling myself: Age is just a number. The past is the past. Enjoy the music and the heck with all of these crazy associations and assumptions.

Still, I cast my eyes towards the sofa. Scott remained immersed in his playlist, continuing to organize albums and genres.

Imagination Getting the Best of Me

For a brief moment, I imagined us attending the Def Leppard concert, Strawberry Alarm Clock as the opening act. Scott is smiling, happy to be transported to a familiar world.

I played out another silly scenario in which Joe Elliot announces they'll be playing their rendition of Incense and Peppermint, a popular Strawberry Alarm Clock song. It's at this moment Scott turns to me with a knowing look: the band is okay, we are okay. Life is good. Until he frowns, appearing pained when Rock Rock (Till You Drop) starts.

Suddenly, my crazy notions were halted.

"Anything good in the mail?" he asks, looking up from his phone.

With that, I head to the garbage can, tearing the mailer as I walk. I watch as the tiny, broken pieces of my past dance around egg shells and licked yogurt lids.

"Nothing," I respond, taking a seat next to him. "Nothing at all." 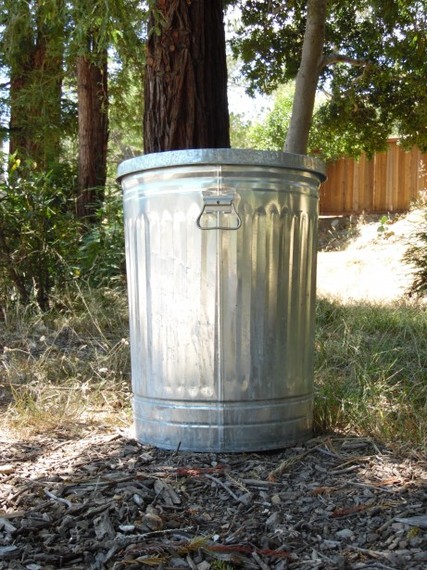 Keeping silly thoughts where they belong.