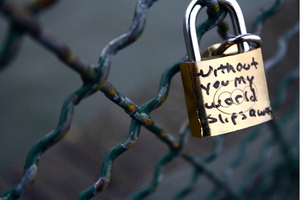 The Pont des Arts or Passerelle des Arts is a pedestrian bridge in Paris which crosses la Seine. It links the Institut de France and the central square (cour carrée) of the Palais du Louvre, (called "Palais des Arts" under the First French Empire).

You'd think that the bridge was very old, but the present structure is only 31 years of age -- rebuilt in 1984, using the same plans of the original bridge (1804). Since 2008, tourists started to attach padlocks (love locks) with their first names written or engraved on them to the side of the bridge, then throwing the key into the Seine river below, as a romantic gesture. 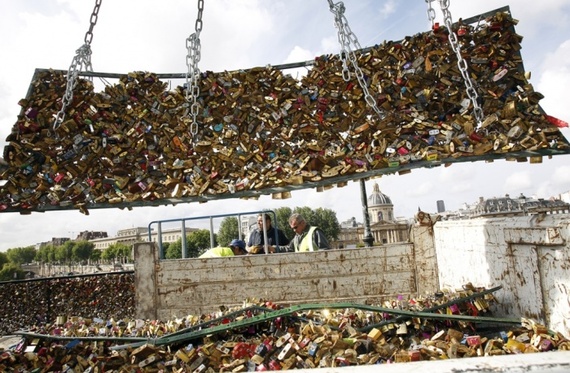 "Catastrophic" and "destructive" locks were removed from the bridge today to save the crumbling structure from some hundreds of thousands of love locks (some estimated around 1 million). The organization "No Love Locks" thrives, the hashtag #nolovelocks is used by small and big organizations and companies all over the Internet.

"I love this bridge. It is a huge part of my personal memories of my first visit to Paris, and my first Valentine's day with my husband. That's why I co-founded No Love Locks to SAVE this beautiful and historic bridge, which is part of the UNESCO World Heritage Site for Paris, from the vandalism of "love locks" and tourism run amok. We have a Facebook page and a petition against the locks in French and English. If you REALLY love Paris and the Pont des Arts, then join us in the fight to save and restore the architectural heritage of Paris!"

Lisa Taylor Huff, discovered Paris and did what she does best: fights for what she loves.

I read comments from the more neutral « Une page se tourne sur le célèbre PONT DES ARTS à PARIS avec l'enlèvement des cadenas... » to the more eloquent: "To the lady who STILL thinks her disappointment and sneaky little lock trump history, SAFETY, the environment and massive costs to Paris, I say get a grip and think about more than just yourself!!!"

There is also a #lovelocks hashtag, and those using it call this operation « un massacre ».

If you thought you had mixed feelings about it, watch this video by Le Parisien to see how many Parisians think that the locks were a symbol of Paris and why they are sad:

Not everybody knows that the locks were being removed on a regular basis, only to be replaced by other lovers with their own. So if you think that your lock may still be there -- think again. 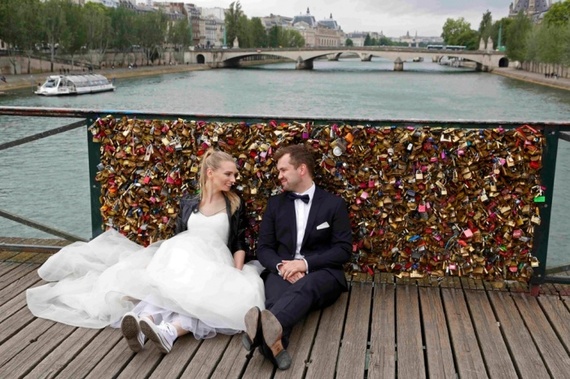 What is Paris going to do about it? Will his heart stay unmoved by the tears and disappointment of so many lovers, now married with children, left without romantic stories to tell and places to show? Will his business sense stay unmoved by the potential loss of tourists from around the world, now that they can't plan their honeymoon in Paris just so that they can put their lock on the bridge? Will he create an alternative place for this global display of love? Or will he, with his typical French cynicism, comment "How many of these couples are still married anyway?"