Not a few poets attest to love's ability to uplift and heal. The rest narrate its far more interesting downside. That downside is brilliantly expounded in Kristina Poe's "Love Sick," directed by David Fofi in partnership with New York City's LAByrinth Theater Company, and given its world premiere at The Elephant Theatre Company. 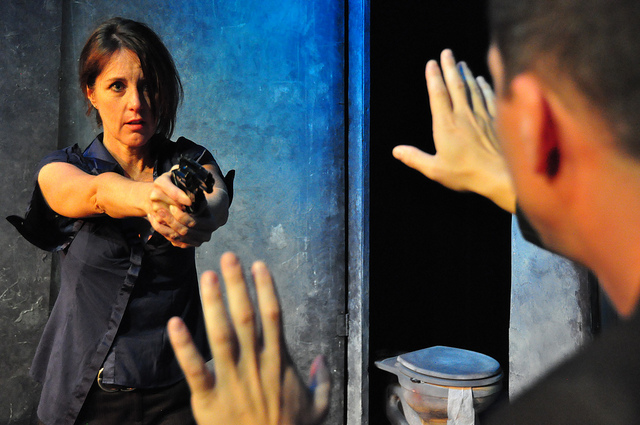 Structured as a big therapy session, the production serves as a catharsis for Emily (Alexandra Hoover), who murderously mourns the breakdown of her twenty-year marriage to Jeff (Salvator Xuereb). Maneuvering with deftness between a bloody thirst for revenge and a significant aha-moment, it manages to be therapeutic at the same time it makes fun of love sick therapy, the relationship malfunctions that occasion it, and the dastards that exploit it. 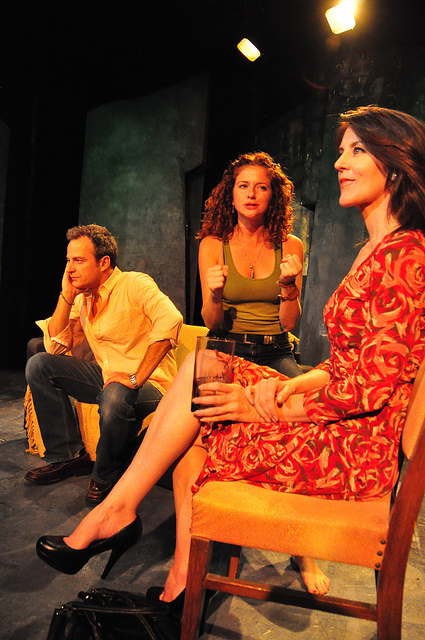 The story lunges between outrageous comedy (A wacky, energetic, and off-key rendition of "I Will Survive," sung by a group of distraught sufferers of lovesickness; a smarmy, lecherous therapist) and rapacious revenge (Hot-blooded murder), not to mention a faux assassination leavened with blanks. Pitch perfect, it hits every note to be found in anything that relates to love-gone-south. 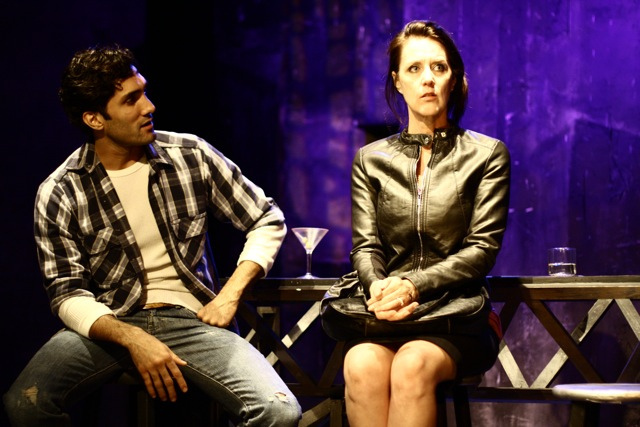 The production works because the script gets us to sympathize with Emily (Tell me you've never felt that way) even though, ultimately, she misread the situation. Because the production nicely balances comedy and mayhem. And because the performances are so vivid that you'll quickly inventory your own romantic history before you get outside the theatre. 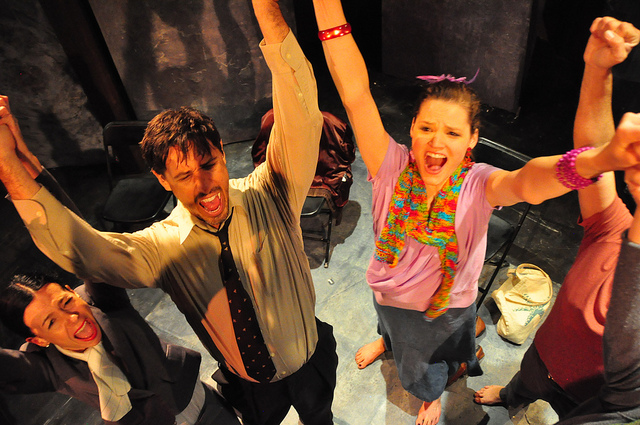 Hoover lets her crazy out, big time. She nails the madness that is Emily. She's kinetic and passionate, a live wire, all of which makes you wonder what fun she must have been when things went well. She oozes revenge. She gets off on shooting people with that phallic gun, which I'm sure projects Freudian undertones except that this is not a reflective production but a heart-on-the-sleeve payback story with the potential to become a bloodbath. 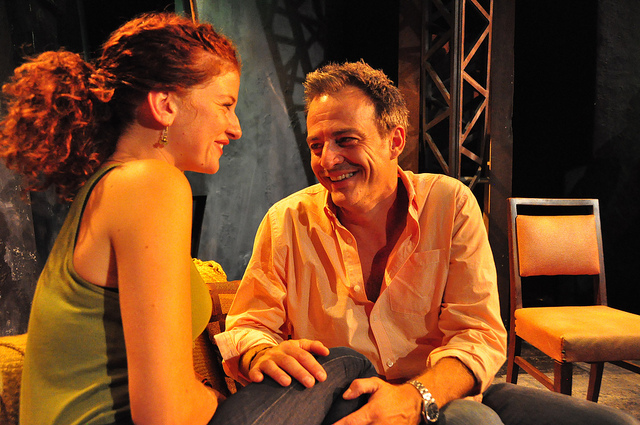 Indeed, to encounter her Emily as a work colleague, someone you'd stand behind at Starbucks, perhaps even live next to, she'd appear smart, savvy, professional, and not a little sexy. Even if you heard that her husband of twenty years had left her for Lexi (Kate Huffman), a newer model who, were she to lose Jeff, might become another Emily, you might catch some of that maniacal despair in her eyes, the terse responses to anodyne questions, an edginess to her silences. But to really get to know her, a privilege this story affords us, you realize that she is sick, really sick, all because of love. Even if you don't go all Thelma and Louise on mankind, at least subconsciously you can identify with the urges.

Fofi nicely throttles the production's pace, especially the way he magnificently sets up the denouement in which Emily decides to take out ex-hubby and newbie-hottie. She seems to cap Lexi, all right, but the bullets are blanks, just as her husband wasn't the problem, she was. That's when we learn, at the same time that Emily learns, that the source of her husband's supposed cad-ness was of her own doing. The moral of the story? Sometimes, in matters of romance especially, we are our own worst enemy. 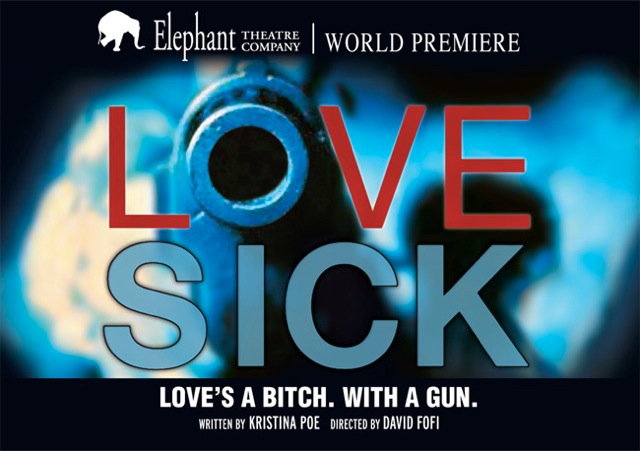