"Let the beauty of what you love be what you do.
There are a thousand ways to kneel and kiss the Earth."
--Rumi 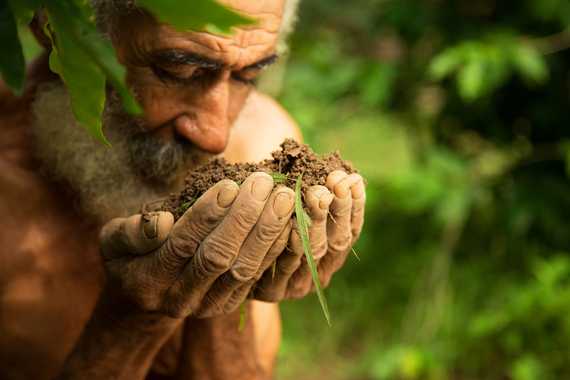 A new documentary, Love Thy Nature, directed by Sylvie Rokab, presents the premise that in order to tackle the problems facing the environment, we need to reactivate our individual and collective connection to nature.

Combining visceral cinematography with thoughtful interviews, Rokab offers the voice of Liam Neeson as the representative of Homo sapiens.

Beginning with lush and verdant scenes accompanied by the sounds of rushing waters and birds, Rokab cuts to the hectic pace of modern urban life. As Neeson reflects on the degree of wisdom possessed by Homo sapiens, scenes of trash dumps, oil soaked birds, and industrial factories flash by.

Cosmologist, Brian Swimme, states flatly, "There has not been this kind of destruction on the planet since the time of the dinosaurs, sixty-five million years ago." He adds, "Progress has its price."

During the Agrarian Revolution (10,000 BC to 3500 BC), society was in sync with nature. Three hundred years ago, the Industrial Revolution took place; the 20th and 21st centuries have manifested the Digital Revolution. This has marked a shift from people working in tandem with nature and its rhythms to the goal of taming nature to bend to our will.

"We are so far away from nature, that we are running into an evolutionary wall," explains social scientist, Duane Elgin.

Love Thy Nature compares the philosophies of Indigenous Peoples and of Eastern religions with the Judeo-Christian tract from the Old Testament, the latter which gives man "dominion" over the earth and all its species. In context of this patriarchal mindset, one can understand the trajectory to attitudes which have put profits first, given us fracking, mountaintop coal mining, and factory farming.

Swimme reviews the "self-regulatory" aspect of earth's interconnected and interdependent ecosystems. He emphasizes that the premise, "The earth is here for us to use," is a self-defeating course that must be rejected. "That's the big shift," he underscores.

Referencing the imbalance in our connection to animals and how they are manipulated in the pursuit of our own needs, Swimme offers, "Where did we get the strange idea that animals don't have feelings? We treat animals as if they were nothing."

British philosopher, Alan Watts, who spoke frequently about the fact that humans are nature, is shown elaborating on that concept with the assertion, "You didn't come into this world, you came out of it, like a wave from the ocean."

To demonstrate that point, the history of planet earth's 4.5 billion years is compressed into a one-year parallel. Dinosaurs disappear on Christmas Day. Homo sapiens appear at 11:37 p.m. on December 31. The last second of the last minute of December 31st represents the last 200 years. 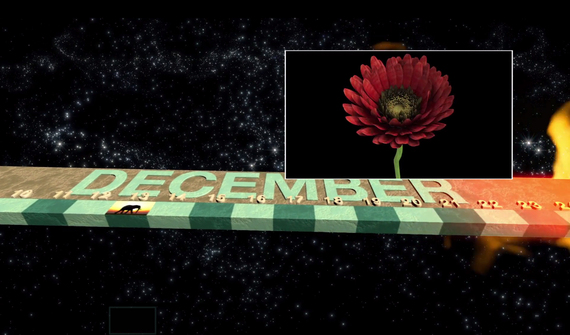 We learn that the genes of humans match up 99 percent with chimps, and 23 percent with trees. One can only ponder the hubris of human superiority. Swimme asks rhetorically, "Did we have to disconnect to come back? We're learning the commonality of all life."

Dayna Baumeister, co-founder of Biomimicry 3.8, evaluates developing technology inspired by the prototypes of nature. Definitive in her assessment that the paradigm of the Industrial Revolution has to change, she promotes the "conscious imitation of nature's genius." She advocates looking for a solution to dealing with "an extra carbon dioxide source" by studying how plants would process the situation.

Love Thy Nature draws connections between sensory overload, unhealthy foods, and windowless work spaces to disease, lower IQs in children, and depression. It promotes the goal of building nature into everyday experiences -- from places of learning and work to hospitals and homes.

I reached out to Rokab to get additional insights:

Your film is a visual celebration of nature. What are your goals for Love Thy Nature?

"My mission is to create a nature-connecting movement for two reasons. A relationship with nature makes us healthier, happier, more connected, and more alive human beings. Secondly, there is only one way that a society can make environmentalism its normal mindset. That is when its people have an intimate relationship with nature. We only protect what we love."

What do you think it will take for elected leaders to show the political will to make substantive changes?

"The most effective way to have our leaders enact change is by having people use their voices. The more we educate our communities about the dangers we face, especially with climate change, the more people will pressure their leaders to take much needed action."

There is a strong emphasis on children getting an early introduction to nature. How do you believe that we can accomplish that as a society?

It starts at home. Families need to include nature in their calendars. As a species of this planet, we are wired to want to explore, discover, and wonder at a very young age.

Schools need to offer at least one [science] class outdoors, not just in labs. Recess is critical, as play is essential for a child's development.

Several ecological schools are now having kids plant organic gardens, so that instead of having heavily processed fast food meals, children eat organic vegetables and fruit from their own gardens. All schools and universities need to include outdoor education programs.

We need to unleash our kids and let them come alive!

Tell Your Governor: Protect Our Children from Climate Pollution

Photos: Courtesy of Love Thy Nature