People seem baffled by this, like when they ask what I’m doing for the Super Bowl and I say “taking a nap.” It’s accepted that award shows will be watched. The Grammys, following a move to Monday night, took a real hit in the ratings, all the way down to 24.95 million viewers. It’s no Super Bowl, but it’s around three times as many people who watched the “Game of Thrones” Season 5 finale last year! That’s something, right?

The Grammys and its award show brethren have to cope with a huge ratings obstacle: they’re incredibly dull and essentially meaningless. (At least, if you expect them to uphold real standards of excellence in their respective fields.)

It’s not just me saying that. After my colleagues watched the Grammys together on Monday night, churning out coverage and taking in the programming, one of them confessed in a meeting that the show was “boring.” If even entertainment writers aren’t sure they want to watch, who will? Certainly the people of Twitter were not entirely entertained:

grammys: u kno that song u like?
me: ya
grammys: we're gonna make it boring
me: wait no
grammys: lol
me: pls
grammys: trollface.jpeg

This year's #GRAMMYs were boring AF

These the most boring grammys in a while bro what the hell im deadass falling asleep.

god, the #GRAMMYs are boring

Oops, that last one is also my colleague. ANYWAY. Clearly it's a fine, fine line between love and a waste of time (and hate).

Last year’s Oscars beat out the Grammys handily, with over 36 million viewers -- not bad! -- but the popular perception of the show can still be summed up as “too long, too bland, too boring.”

Remember, you can also boycott the Oscars because they're boring.

Why do people keep watching a show they profess to find misguided -- remember when "Crash" won best picture? Or "Raging Bull lost it to "Ordinary People"? -- and, even worse, a dull way to spend five hours?

Our attitude toward the major award shows, but especially the Oscars, can be likened to our attitude toward a mandatory school field trip to a municipal water treatment plant: We hope it’ll be tolerable, but are resigned to it being a less-than-ideal way to spend those few hours. We vaguely remember that last year’s excursion wasn’t so pleasant, but who knows, right? We could get out of it, if we were really desperate, but it’s probably not worth the consequences.

No academic penalties accrue to those who skip the Oscars, barring some entertainment-specific electives I’m not aware of, but it’s not without risks. What if Kanye interrupts Taylor’s acceptance speech, and you have to watch it later, without that element of collective shock spicing your pleasure? What if your favorite actress, a dark horse nominee, actually wins an award, and you don’t get to rejoice along with her? As Jonathan Chait pointed out in 2009, even the misfires play into our passion for sorting through the unsortable, trying to define the good versus the bad, and then raging vainly against the triumphs of bad taste.

Besides, more generally, by skipping award shows you’re just missing out on a communion with society that’s grown more rare with the fragmentation of the entertainment-scape. As industry bigwigs say, it's DVR-proof; NPR noted in 2014 that even flawed shows can pull big ratings when viewing them live, and discussing them in real time and the next day are an integral part of the experience. Tens of millions of people are watching the same thing and talking about the same thing -- how bored do you have to be to miss out on that kind of shared experience?

Me, I still opt out.

But award shows aren’t quite the only spaces left for synchronized entertainment consumption and conversation. The rise of live-tweeting is actually supplementing Oscars watch parties and Sunday afternoon football gatherings with more impromptu real-time conversations about what we’re watching now. On Monday night, I was skipping the Grammys, but I was also sharing two precious hours of my week with Bachelor Nation, and I’ve never felt less alone.

Why We Love To Hate Award Shows
Grammys 2016 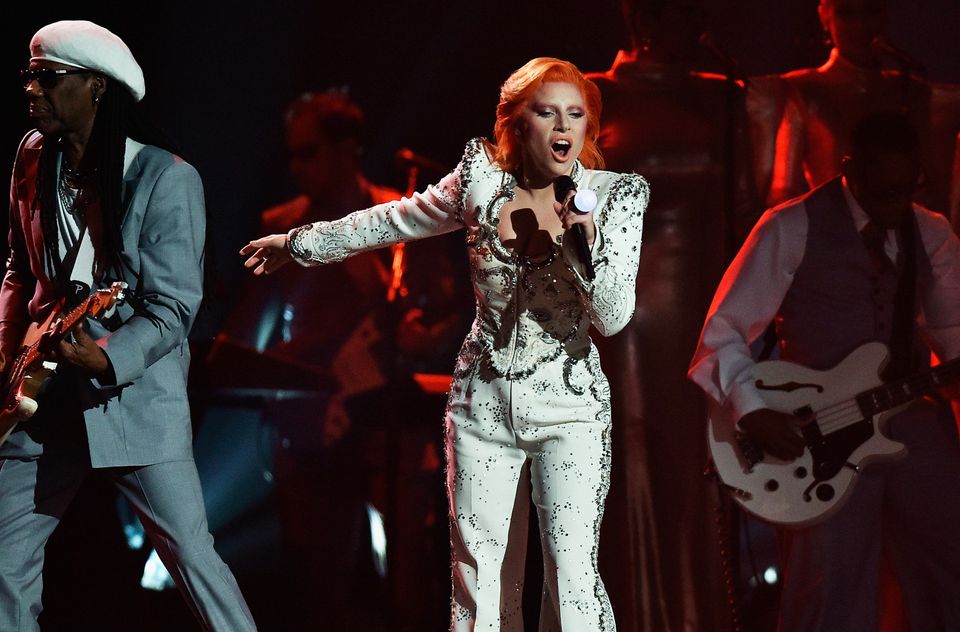