For centuries, people attempted to convey feelings and thoughts through art. For painters the need of presenting reality appeared in many different forms. Sometimes it was just a moment, caught before it disappeared. Sometimes they attempted to show movement. For most of them it was an unattainable dream. Some of them, though, had a gift. Vincent van Gogh was such a talented painter. His Starry Night attained a cult following, and even today people are still impressed by its magic -- while it doesn't move, you can feel the motion.

The way to express movement in art was found more than 100 years ago, with the invention of moving pictures by the Lumiere brothers. Many would say that today's world is obsessed with movement. It is practically everywhere, but it seems to miss the point, the magic of movement. But in all that mess, some people have found their own way to contemplate human nature and provide a fresh perspective. One of them is a wonderful painter and director from Poland, Dorota Kobiela. Her idea for the Loving Vincent project seems to connect with that bygone need to create a real "moving image." Was it perhaps the need to experience once again something that we cannot feel anymore?

I'd like to introduce this project, as I fell in love with it immediately. It is captivating, and I'm not sure words can describe the impression after watching the trailer:

It is something, isn't it?

As Loving Vincent is a murder-mystery, all we need to do is enjoy the way the intrigue unfolds. This is a when questions arise. Why is there a mystery hidden in the last days of van Gogh's life? Why did he die? Sean Bobbitt, an executive producer of the movie, told me that the answer is not easy:

The plot of the movie will be similar to the investigation of Vincent van Gogh's death, and we try to make sense of his death. Was it suicide? Was it murder? We don't give any simple answer or declare which version is true. We don't know that. But the investigation into the last days of van Gogh's life help us understand the artist himself. 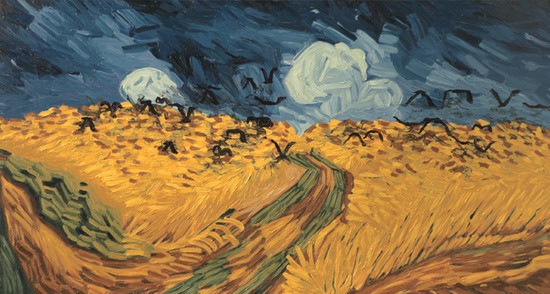 The quality of the project is assured by two Oscar-winning European film production companies that will produce Loving Vincent: BreakThru Films (which won an Oscar for Peter & the Wolf) and Trademark Films (The Madness of King George, Shakespeare in Love). Both are responsible for many laughs and tears in the cinema's rows. Somehow we could feel the bond between the filmmakers and the audience alive, even though the production of Loving Vincent hasn't started yet. How is it possible?

First of all, there is a story to tell. Before Loving Vincent there were only short fully hand-painted animations, which were highly praised. You had to respect the work of one man to paint every frame of the movie by himself. It took years! To produce a feature-length painted animation, the traditional painting animation methods had to be adjusted to make a film over twice in length. Fortunately BreakThru Films has found a way. They've invented PAWS (Painted Animation Work Station), which allows more painters to work simultaneously on a single film. That way the movie can be completed in a year and a half, instead of many years. 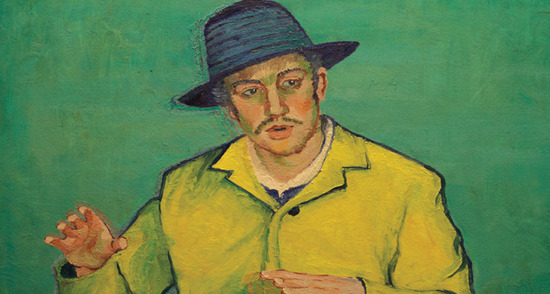 To make that possible, though, they've had this idea to engage the possible audience of the movie by creating the Kickstarter page for the project, and if it is successful they will have an opportunity to train 60 painters, 40 of whom will paint 56,800 frames during the production. They have raised more than $11,000 already, thought their goal is a little less than $124,000.

In a very creative way, Loving Vincent recalls the past. It seems to ask the right questions about the roots of our dreams. On the other hand the project is modern and corresponding to ubiquitous necessity of overcoming technical boundaries in search of a new way of expression.