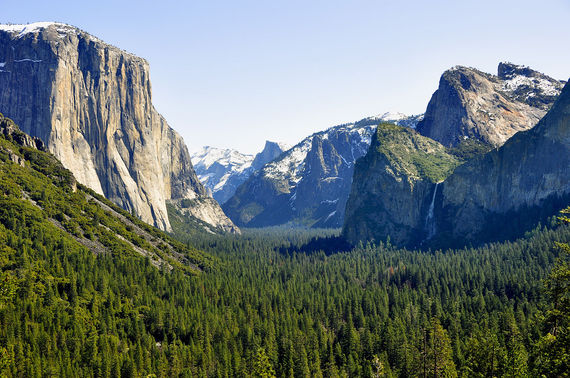 Written with Duncan Hosie, this is the first in a two-part series about voter turnout decline in California and ideas to reverse it. In this introduction, we review turnout decline, disparities in who votes, and the particular problem of abstention in primary elections.

In 1943, author William Faulkner tartly described California as the state where "the sun shines and nothing happens." His observation aptly describes California's June 2014 primary election. Despite clear skies and warm sunshine, more than three-quarters of registered voters did not vote. Turnout of registered voters, at 25.1%, was a record low. Yet this statistic conceals the extent of low turnout. In May 2014, California had 24,192,752 eligible voters, of whom 17,722,006 had registered to vote. Based on California's much larger number of eligible voters, turnout was even lower: a meager 18%.

The turnout in 2014 may have been a historic low, but it reflects long-term trends in California democratic participation. While turnout rates remains higher than those of many states, they are down precipitously from the mid-20th Century, when the Golden State led the nation with some of the highest turnout rates in primary elections. Between 1950 and 1966, for example, an average of 63% of registered voters participated in primary elections. In the past decade, however, California primary turnout has been far lower. Turnout in state primaries was 34.6% in 2002, 33.6% in 2006, 28.2% in 2008, 33.3% in 2010, and 33.1% in 2012. The introduction of the Top Two primary in 2012 and the presence of presidential contests in 2008 and 2012 failed to salvage turnout. This year's 25.1% turnout marked the lowest turnout yet.

The dramatic increase in vote-by-mail and early voting ballots partially explains why so few Californians voted in person at the Rohnert Park precinct and others across the state. In Sonoma County, for example, 81% of the 98,728 ballots cast in the June 2014 primary election were absentee ballots. California's vote-by-mail patterns have surged- from 5% of all primary ballots in 1980 to 25% in 1998 to 65% today. But even if often popular among regular voters, voting-by-mail is far from a panacea to low voter turnout. According to data from the California Secretary of State, the sharp rise in voting-by-mail since 1980, with particular growth in the past 10 years, has corresponded with steep declines in primary election turnout. California's northern neighbor, Oregon, relies on a VBM (vote by mail) system, and also experienced declining turnout in the most recent primary election.

The few who did vote in the primary were older, whiter, and wealthier than registered voters and Californians as a whole. In the words of Corey Cook, the director of the University of San Francisco's Leo T. McCarthy Center for Public Service, the voters in the 2014 primary were "not at all [reflective] of the population of the state." Non-Hispanic whites are only 39% of the entire California population and 53.6% of the citizen voting age population, but comprised three in four likely voters according to a Field Poll. Only one in eight (12%) Californians are over 65, but this cohort composed more than a third (35%) of likely voters.

A pre-primary poll from the Los Angeles Times and USC Dornsife College replicated these findings, and demonstrated that primary voters are disproportionately wealthy. According to the poll, 30% of the registered voters had voters over $75,000, compared to 35% of likely primary voters. The poll also illustrated that 15% of responders who had incomes lower than $20,000 had voted in the past two primaries, compared to 34% of respondents whose incomes were between $75,000 and $100,000 and 35% of respondents whose incomes were greater than $100,000.

A FairVote analysis of May poll by the Los Angeles Times underscores the highly unrepresentative nature of participation California primaries relating to particularly large skews by race and age.

There is a partisan element as well - one that also affects which candidates reach the November ballot. According to the California Secretary of State, 28.4% of registered voters in May 2014 were Republicans, as opposed to 43.4% of registered voters as Democrat. But a Field Poll of likely primary voters in May found that 37% were Republicans. Unaffiliated and independent voters were also unrepresented. Despite composing 28.2% of registered voters, a Survey USA poll demonstrated that this cohort was just 23% of likely voters. Moreover, the May Los Angeles Times poll found that only 11% of non-major party respondents had voted both the 2010 and 2012 primaries, as opposed to 26% of Democrats and 42% of Republicans.

Why does this matter? In analyzing the 2012 elections, Daily Kos reported that Democratic performance in competitive California primaries was almost always better in November than in the June primary. Out of 13 competitive California House seats in 2012, Democrats performed considerably better in 12 of the general election contests than in the primary races. Yet these less representative primary electorates determine which candidates advance to November - and in some cases (like the 31st congressional district last year and the 25th district this year) keep one party entirely out of general elections that should be very competitive between the major parties.

In addition to low and unrepresentative voter turnout, the recent primary election was notable for another reason: a distinct lack of voter engagement and enthusiasm. A survey of 901 likely primary voters found that only 46% had been following the election "closely." In comparison, 67% of California likely voters in the 2010 primary and 68% in the 2006 primary reported that they had been following those respective contests "closely." Despite voter apathy, however, primary voters indicated concern with low electoral participation. In a survey of nearly 1,000 primary voters, 89% believed low voter turnout is "a cause for concern."

To be continued in Part 2 of our analysis.