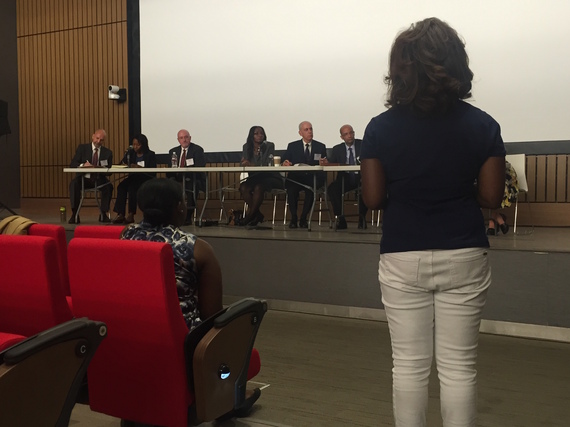 A member of the West Side NAACP speaks at the U.S. Dept. of Justice's first public forum surrounding its investigation of CPD.

Only about 30 people showed up to the first of a series of four forums designed to gain insight into Chicagoans' true feelings towards their police department.

As part of the U.S. Department of Justice's civil rights investigation into CPD -- an effort born largely out of public outrage over the controversial Laquan McDonald video -- the forums are supposed to be another means for the Department of Justice (DOJ) to educate the public on the nature of the investigation and get feedback from Chicagoans on their relationship with the police.

But at the June 20 forum at West Side college Malcolm X, few people showed up, leaving one attendee wondering how well publicized the first forum had been.

"What were the methods of outreach that you used to inform the community about this public hearing? 'Cause I'm seeing a lot of empty seats here," said Isaac Lewis, publisher of a west side community news site.

A DOJ representative stressed that the department had sent out notices to over 200 Chicago-based community groups the week prior. The DOJ twitter handle @civilrights first tweeted about the event on June 15, five days before the first forum. 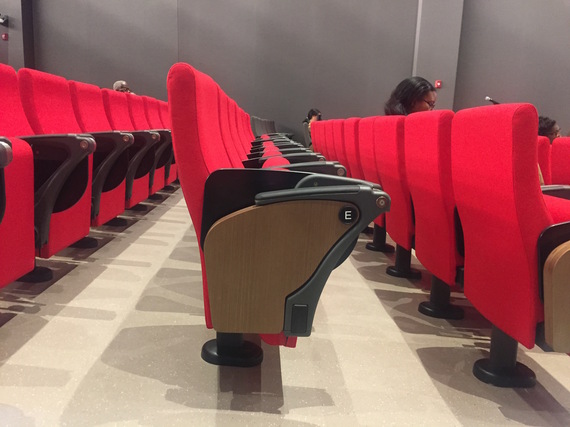 Empty seats at the June 20 U.S. Dept. of Justice forum, the first of four.

The investigation into CPD was prompted by uproar over the release in November of a video depicting 17-year-old Laquan McDonald being shot 16 times by Chicago Officer Jason Van Dyke. The video, which showed McDonald walking away from Van Dyke at the time he was shot, received national attention and sparked criticism towards Illinois State's Attorney Anita Alvarez's handling of the case. At that time, U.S. Attorney Zach Fardon requested a formal investigation from the U.S. Department of Justice in order to determine whether systematic racism plagues the Chicago Police Department.

That investigation, which began in December, has been looking into CPD's systems of accountability, use of excessive force, and racial, ethnic or other disparities in the way officers treat individuals during interactions. The DOJ will also scrutinize the Independent Police Review Authority, a body independent from CPD which investigates police misconduct.

"It's really important for us to hear from you," Christy Lopez, deputy chief of special litigation in the DOJ's civil rights division, told attendees. "We know that our findings will not be either complete nor accurate if we don't get the insights and perspectives of all of you."

At the public forum June 20, DOJ representatives said they've already heard from over 400 community members regarding their experiences with the Chicago Police Department. The team has made numerous visits to the entirety of the city's police stations in addition to participating in ride alongs with 60 officers throughout Chicago.

While Fardon was not in attendance, Patrick Johnson, a supervisor attorney at the U.S. Attorney's office, spoke in his place.

"This was a top priority of Mr. Fardon's," Johnson said." He hoped that the investigation would address and start correcting some of the trust that's been eroded between the Chicago Police Department and residents of the city."

The West Side branch of the NAACP, which spoke out multiple times at the forum, raised questions around a pending police union lawsuit which could result in the destruction of a trove of citizen complaints against police going back to 1967. While the unions have maintained the records should be destroyed, legislation introduced in Springfield earlier this year could prevent that.

Johnson responded that the DOJ had written a letter to the city requesting that the records be kept safe at the very least throughout the duration of the DOJ investigation.

Department of Justice officials said they expect the investigation of CPD to be complete before 2017.

This story was reported by Chloe Riley for JTM Legal.