Confronted with the implacable details of today's climate science, we draw comfort as best we may from the thinnest of thin pickings. That's certainly how it is with COP21, the so-called "last-chance saloon" for world leaders to come up with a political response commensurate with the science. Apparently, policymakers are reassured at the pre-COP commitments made by governments which, we are told, would limit the average temperature increase by the end of the century to just 2.7 degrees Celsius.

So that's OK then! Deep sighs of relief all round -- putting aside that ever-so-inconvenient reality that even at 2 degrees we have only a 50-50 chance of avoiding runaway climate change. Which is why more and more scientists are out there warning politicians that a more realistic comfort zone for humankind would peg that figure at 1.5 degrees Celsius.

And that, of course, is precisely the kind of commentary which most politicians hate. Accelerated decarbonization trajectories, driven by more and more disruptive innovation, realistic carbon pricing and an end to all subsidies for fossil fuels, are politically complex. There will be winners and losers resulting from all of those changes.

For instance, with fossil fuel subsidies as much as $5.3 trillion a year (that's the IMF's estimate, equivalent to 6.5 percent of global GDP), that's one hell of a lot of pissed off influential people who will no longer be entitled to such a grotesque share of taxpayers' money. 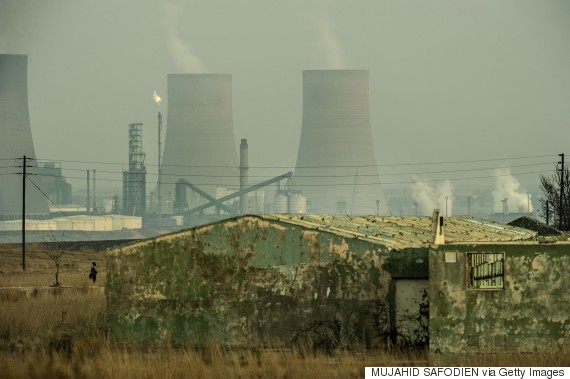 Worse yet, politicians have played the "low-carbon transition" story so badly over the last couple of decades that most people feel either confused, apprehensive or hostile -- or really couldn't care less. Making citizens feel good about this low-carbon journey is as critical as coming up with the right policies in the first place.

And that's where Jeremy Rifkin's idea of the Third Industrial Revolution comes into it -- not just because of his analysis of the convergence between all things digital, all things connectible and all things renewable, but because it's exciting. People aren't going to be dragged reluctantly into tomorrow's low-carbon economy, looking back mournfully over their shoulder at the familiar world they're leaving behind. It has to be a world that is so enticing, so technologically cutting-edge and so affordable that they will want to be at the front of the queue, demanding that they too should enjoy the benefits of a sustainable world.

That's particularly true of today's millennials. They know that the world we're currently heading towards, on a business-as-usual basis, is going to be rubbish, shaped by debt and endless austerity, by accelerating climate change and collapsing ecosystems. But all they ever hear from politicians is that there's no alternative but to grind on and on with today's failed model of planet-trashing progress.

Everything that lies behind the Third Industrial Revolution, with its emphasis on high tech, information technology, personal aspiration, better services, collaborative consumption, the Sharing Economy and so on, speaks to a different part of the human spirit, with a message that is much more compelling than the old "we've got to do this, otherwise we're all screwed" narrative.

All millenials ever hear from politicians is that there's no alternative but to grind on and on with today's failed model of planet-trashing progress.

It's in this spirit that several dozen of the world's largest companies have set out to appeal through the Collectively platform, celebrating the power of innovation and brilliant entrepreneurs seeking to bring this world alive. It's all about more sustainable ways of meeting people's needs and fulfilling their hopes and dreams -- without ever mentioning the word sustainability.

Politicians today need to get themselves on the right side of this dividing line. In the worlds of energy, transportation, resources and the built environment, the revolution is already well under way. Indeed, it's harder and harder to keep up with the speed and scale of innovation, as new ideas and technologies come bubbling up out of the low-carbon pipeline.

COP21 will almost certainly fail to capture that sense of dynamism and entrepreneurial excitement; there are still too many vested interests and powerful beneficiaries of the old carbon-intensive world holding everyone else back, obscuring the science, exploiting divides between rich and poor nations.

But so what? That's not as flippant a question as it might sound. This revolution is now unstoppable. The only question that matters now is whether it impacts fast enough, at a big enough scale, in enough parts of the world, to keep us the right side of 2 degrees Celsius. Or even 1.5 degrees!

We Can Achieve an Exciting, Low-Carbon Future Even If the Paris Climate Talks Fail
Climate Change: 10 Beautiful Places Under Threat