Despite enormous progress in areas such as health and poverty reduction across many regions of the world over recent years, there is currently much uncertainty - if not anxiety - about what our future holds. And this is over and above the state of the economy.

Xenophobic populism, terrorism and nationalism as well as inequality are all on the rise. So too is the accumulation of CO2, casting a dark shadow into the future. Ironically, never before have we had the means available to tackle challenges on a scale and level of sophistication as we readily have at our disposal today. Yet, we seem to be lacking both the willingness and the ability to address the root causes of such problems and react in a dignified manner to their humanitarian consequences, as can be seen from the plight of the 60 million people who were forcibly displaced by the end of 2015. 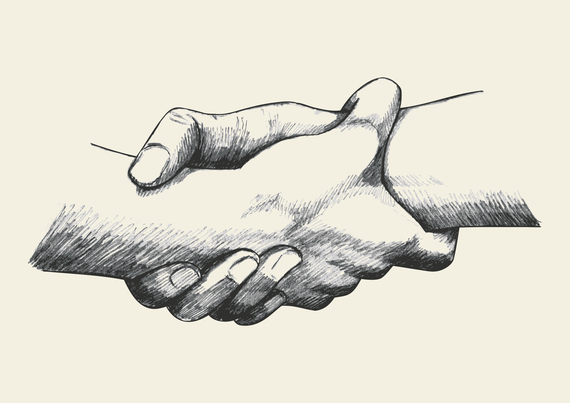 The recently published annual Edelman Trust Barometer is shedding some light on this paradox. The Trust Barometer is based on a comprehensive global survey and measures public trust in governments, business, media and NGOs. This year's findings show a widening gap between the "informed public" - those who are college educated and in the top 25% of household income - and the wider demographic that make up 85% of the global population. While the informed public shows growing trust in business and public institutions, the mass population does not. This is a global phenomenon, with the 'distrusters' now in the majority in nearly six out of ten countries. According to the report, trust levels show a strong link with income inequality and it appears that the mass population is increasingly disconnected from the informed public.

Two other findings stand out. First, trust in governments and public institutions remains very low overall and the majority now believe that business should lead. Second, while trust in business has improved, trust in executives remains low. Peers and employees are now seen as more credible than business leaders and often employees don't trust the companies they are working for.

Today, over one billion people live with fear and over 70 countries suffer from systemic corruption where ruling elites abuse power. What is now different is that digital empowerment is adding a new dimension where high profile revelations about greed and corruption can topple governments and leaders instantly. And the pace of disruption is accelerating. Rising wealth concentration - today the richest 1% own as much as the remaining 99% of the global population combined - and increasing income inequality are together feeding the divides and tensions.

Restoring trust and re-inventing government/governance is arguably the most difficult but also the most urgent task at hand in 2016. After all, public security, health and education are not only essentials but also significant equalizers to ensure societies do not build walls within and between each other. These are the walls that in turn give rise to tensions and conflict. More than ever before, our interdependent world needs well-functioning governments to deal with global challenges such as climate change, to respond to humanitarian emergencies and to tackle dark forces of globalization, organized crime and terrorism. The world is still governed by nation states and there is no viable substitute in sight.

For too long it has been fashionable to bash governments while conveniently ignoring the critical question of "how to make public institutions work". And all too often those who criticize governments the loudest have silently worked to change policies in their favor. So to change the tide, the journey towards re-inventing governments, re-building trust and encouraging inclusive social consensus must start with the will of the people to make public institutions work. This needs to be matched by credible ethical leadership at policy level, not captured by wealth or special interests, but in the true service of the public.

Moreover, it is not only governments that have to reinvent themselves to adapt to globalization and digitalization. For business executives to become more credible leaders and for CEOs to gain greater trust, the Edelman Trust barometer rightly outlines the centrality of values, engagement and actions. Genuine business leadership is increasingly seen as not only advancing the short-term corporate interest but also to contribute to societal needs and public priorities. The corporate sustainability movement has already made important inroads and a new "Generation S" is now working hard to more effectively align private and public interests, with investors starting to get serious in integrating environmental, social and governance (ESG) issues into their portfolios. These are promising developments, as they will help to close the gap between private interests and the concerns of the broader public.

Reinventing governance to better serve the interests of the majority and aligning market forces with societal priorities requires ethical leadership in politics and business alike. As trust is low and gaps are widening, the call is out for ethical leaders to take charge. The search is on for leaders who do not celebrate wealth but who have a strong sense of fairness and justice, who know the difference between right and wrong and who understand that the forces which connect us are stronger than the forces that divide us.