One of the saddest truths about the so-called economic recovery is that the middle-class jobs lost in the recession are being replaced by low-paying ones. But the even sadder truth is that the situation isn't going to improve for a while.

Over the next decade, a significant number of the fastest-growing jobs in America will be in low-wage sectors, according to projections by the Bureau of Labor Statistics. The New America foundation, a nonpartisan think tank, recently laid those projections out in one extremely worrisome chart: 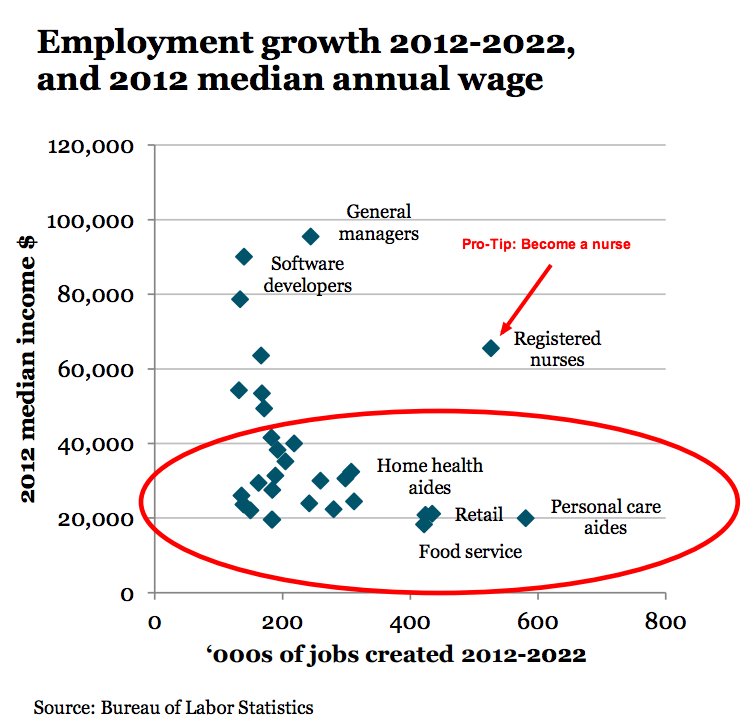 As you can see, both foodservice and retail jobs are among the jobs expected to grow substantially through 2022. The problem is, half of the people working these jobs made less than the $20,000 ballpark in 2012. (And no, that’s not because they’re all just kids.)

U.S. taxpayers are already subsidizing the country’s low-wage employers to the tune of billions of dollars every year, in the form of food stamps and other government benefits the company’s workers can’t afford on their own. And unless the Walmarts and McDonald’s of the world decide to start paying their low-level employees more -- or Congress substantially raises the minimum wage -- you shouldn’t expect that to change anytime soon.

This turn towards a low-wage economy is real. More than two-thirds of all jobs created in the recovery have been in these types of low wage sectors. That should help to explain this worrisome trend since the economy collapsed before our eyes: 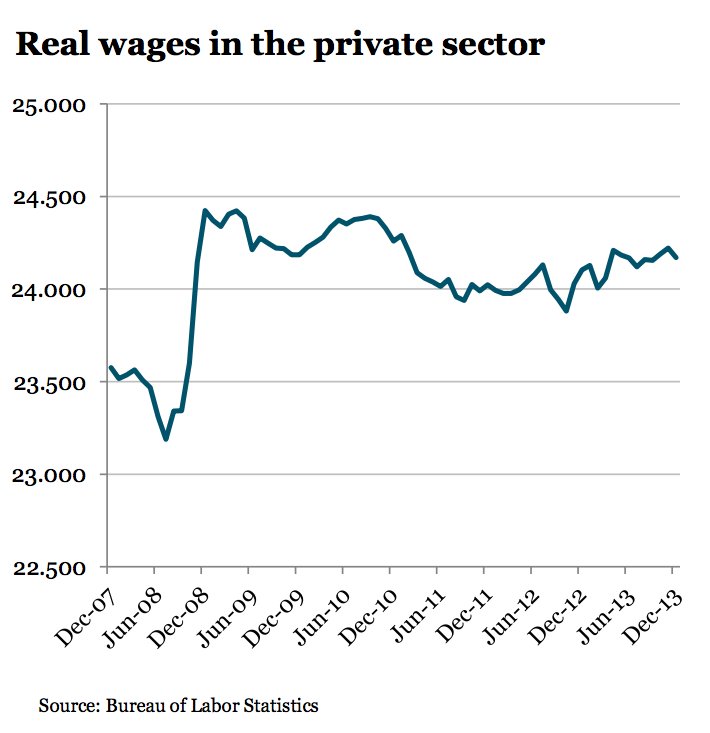