Despite attempts by Lowe's to assure customers that it values religious diversity, the uproar continues to increase after the corporation pulled advertising from a hit cable show about Muslims, bowing to complaints from an anti-Islamic organization.

Lowe's first made headlines last week for removing advertising from "All-American Muslim," a reality show on TLC that follows the lives of Muslim families in Dearborn, Mich. Since then, the company has been targeted by lawmakers, civil rights organizations and celebrities for the decision.

"Dear @Lowes, religious hatred is UN-AMERICAN," hip-hop mogul and interfaith activist Russell Simmons tweeted recently. Simmons has encouraged his fans to sign an online petition to Lowe's and several other companies that have been accused of pulling ads from the TV show after complaints from the Florida Family Association. Since its launch last week, more than 21,000 people have signed the petition. Other groups, including Auburn Theological Seminary in New York, have launched similar petitions.

The Tampa-based Florida Family Association says it has 35,000 members and sent complaints to Lowe's explaining the organization believes the program does not accurately depict Muslims because it shows families that are not extremists. Several politicians have called the organization, which has also protested "Gay Days" at Walt Disney World, a hate group.

Of the dozens of companies the group claims it convinced to pull their money, Lowe's is the only one to confirm that it stopped advertising. Several companies that The Huffington Post contacted, including Old Navy, Gap and McDonalds, said that they have not pulled ads or that they never advertised on the show in the first place.

In a post on its Facebook page, Lowe's representatives said the company "managed to make some people very unhappy" and is "sincerely sorry," but defended pulling the promotions.

"Individuals and groups have strong political and societal views on this topic, and this program became a lighting rod for many of those views. As a result we did pull our advertising on this program. We believe it is best to respectfully defer to communities, individuals and groups to discuss and consider such issues of importance," the post said.

A spokeswoman for TLC owner Discovery Networks said the show is still scheduled to run through its season finale on Jan. 8. The series premiered Nov. 13 to an audience of 1.7 million. It has aired five episodes in its Sunday evening timeslot.

"The reason 'All-American Muslim' is such a natural fit on TLC is because we pride ourselves on showing cultures other people don't necessarily run into every day, from 'Little People, Big World' to 'Sister Wives,'" a show about polygamists, said spokeswoman Laurie Goldberg. "A lot of people have preconceived ideas about Muslims, so we wanted to show regular Muslims." 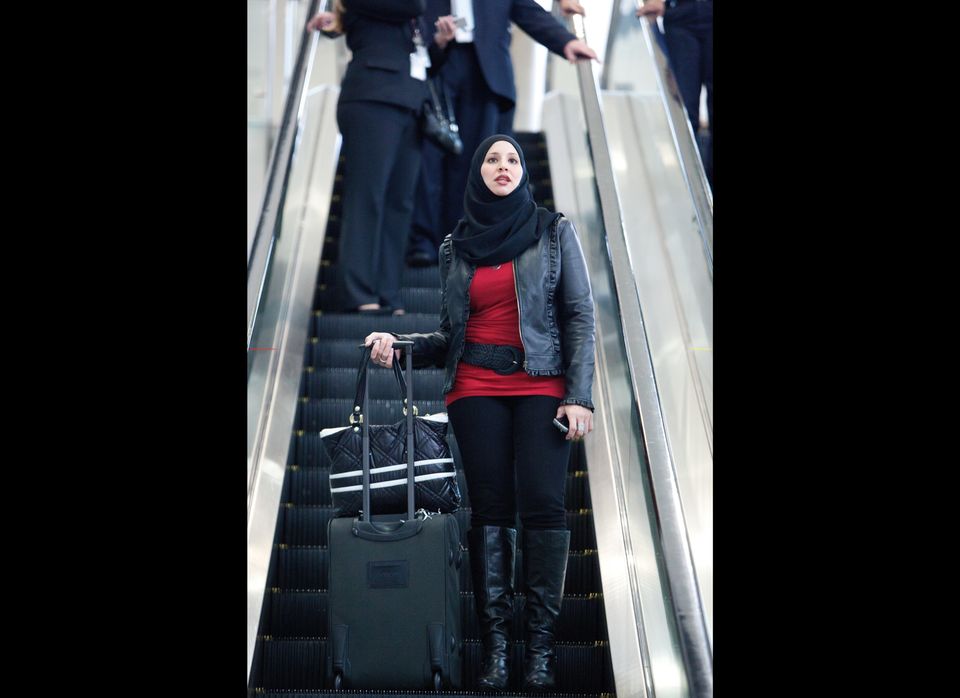