Finally, good news for travelers! According to Hopper's latest Consumer Airfare Index, airfare is about to get a whole lot cheaper. Scroll down to find out how much you'll be saving this fall (and why we're seeing this awesome price drop). 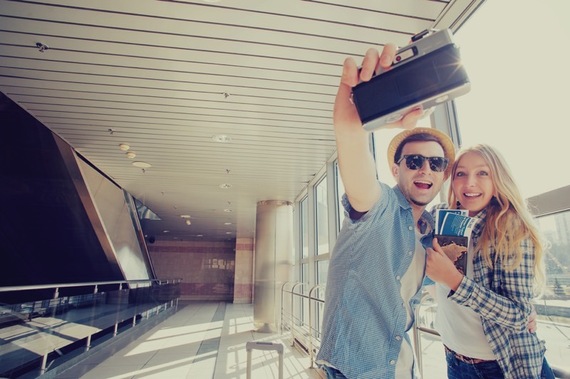 Last week, we unveiled our new Consumer Airfare Index today, which evaluates and forecasts domestic airfares for leisure travelers. In it, we project that domestic airfare will be cheaper this fall (September through November). In fact, the average airfare will be $248, a 3.6 percent decrease from last fall and a 8.1 percent decrease from fall of 2013.

So it looks like low fuel prices are finally passing along (small) savings to consumers. Additionally, low-cost carriers are helping to bring airfares down, with increased service from Norwegian Air Shuttle, Icelandair, JetBlue and more.

Looking forward to the rest of 2015, we anticipate that our Consumer Airfare Index will decline sharply through the rest of the summer and then stabilize through the fall and early winter. Since this summer was cheaper than last summer, this means we expect prices to remain lower than last year through the remainder of this year and returning closer to normal by the end of the year.

Naturally, holiday travel will remain expensive, so expect to see the usual spike at the end of December through New Year's. However, year-over-year, average airfares remain lower.

Here is the trend we're seeing in one handy map: 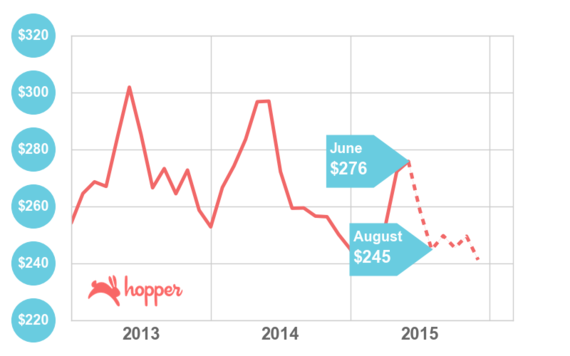 And here's what the rest of the year will look like: 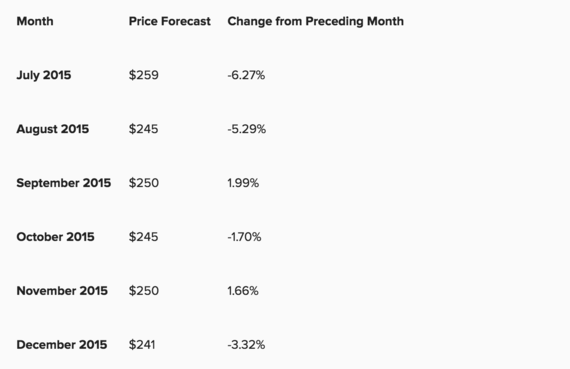 This article originally appeared on Hopper.com, the home of the top flight-prediciton app. The Hopper app analyzes billions of flight prices daily to predict how prices will change and tell you when to buy your tickets.