Psychedelic drugs like LSD have the power to radically alter consciousness, giving rise to a number of psychological effects that are positive, negative, mystical and just plain weird.

Research in recent decades has shown that LSD-assisted psychotherapy can potentially treat a range of mental illnesses, including depression, addiction and end-of-life anxiety. On the other hand, scientists have also used LSD to mimic the effects of psychosis.

But if LSD replicates the features of mental illness -- namely, early-stage psychosis -- how can it improve mental health in the long run?

New research points toward an answer. An Imperial College London study published on Feb. 5 in the journal Psychological Medicine confirms that LSD produces paradoxical effects, including psychosis-like symptoms and improved psychological well-being. These may stem from the drug's tendency to cause "cognitive looseness," which the researchers describe as highly enhanced mental flexibility.

"There's probably a sweet spot to the balance of thinking between flexibility on the one hand -- the ability to be adaptive and creative -- and then on the other hand, to be able to focus and be organized," Dr. Robin Carhart-Harris, a psychedelic researcher and lead author of the study, told The Huffington Post.

"Maybe to some extent, that's what normal waking consciousness is like when you're healthy -- you inhabit this spot. Maybe psychedelics push you a little bit towards the pole of more flexibility, more creativity," he said.

Yet if your mind is too flexible, Carhart-Harris explained, you may run the risk of psychosis: "Ideas are being entertained that don't have a firm anchorage in reality or logic."

The 20 healthy adults who participated in the research attended two lab sessions spaced two weeks apart. They all received 75 micrograms of LSD during one session and a placebo during the other.

Researchers used the altered states of consciousness questionnaire to measure the participants' spiritual experiences, anxiety, complex imagery, and other common effects of psychedelic drugs. They also used a separate questionnaire to track their psychosis-like symptoms.

As predicted, the LSD appeared to produce significant and contradictory psychological outcomes in the research participants, increasing their mental flexibility and heightening their mood while also leading to some symptoms that resembled psychosis.

Two weeks after each session, the participants filled out surveys about their personalities and tendencies toward optimism and delusion. Their answers suggest that they became more optimistic and open-minded, expressing greater intellectual curiosity and hunger for knowledge and experience. Their thinking did not appear to become more or less delusional, researchers observed.

What's going on in the brain to contribute to these effects? In another recent study, the same research team at Imperial College examined how LSD leads to "ego dissolution" and produces a psychosis-like brain state. Their findings showed that LSD does this by reducing connectivity within brain networks and instead enhances connectivity between brain networks that don't normally interact.

These changes in connectivity may underlie the "cognitive looseness" the researchers mention. They may also illustrate how psychedelics like LSD and psilocybin (found in magic mushrooms) can have therapeutic effects in the long run, even though they may initially produce a psychosis-like mental state.

One Johns Hopkins study found that in addition to the known therapeutic effects of psychedelic drugs for various mental illnesses, a single session of psilocybin can cause mystical experiences that result in lasting positive personality changes -- notably, significantly increased openness to experience. Other studies suggest that psychedelics may help reduce distress and the likelihood of suicide.

"It would be wrong to oversell the relationship between the psychedelic state and psychosis, because equally in the acute psychedelic state, there can be an amazing clarity," Carhart-Harris noted. "People can have genuine insights."

The research was conducted by the Beckley/Imperial Research Programme. 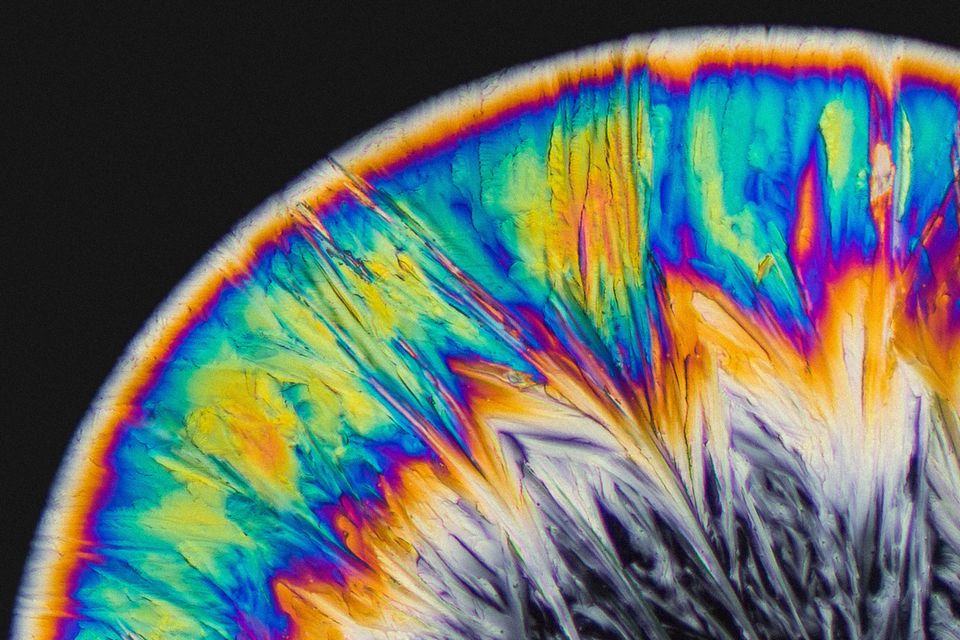