UC Davis spokesman Barry Shiller declined to elaborate or explain whether he was fired or left on his own accord.

"Consistent with privacy guidelines established in state law and university policy, I can confirm that John Pike's employment with the university ended on July 31, 2012," Shiller told the Bee.

Claudia Morain, News Service Director at UC Davis, also confirmed Pike's departure to CNN but would not go into details. Pike also declined to comment when reached by the Bee.

The Nov. 18, 2011 episode in which Pike blasted military grade pepper spray on unarmed students demonstrating against tuition hikes and budget cuts caused a nationwide uproar on college campuses. It lead to multiple internal investigations and reports. Pike was suspended with pay in the immediate aftermath.

According to The Atlantic, Pike was still on administrative leave as recently as July 17, 2012.

A task force report on the UC Davis pepper-spraying incident, released on April 11, found Pike's decision to use pepper spray on seated protesters was "not authorized by policy" and "critically flawed."

"There is little factual basis supporting Lt. Pike’s belief that he was trapped by the protesters or that his officers were prevented from leaving the quad," the report stated. "Further, there is little evidence that any protesters attempted to use violence against the police."

Students who say they were victims of the pepper spraying are suing campus police officers, including Pike, and the university, the Bee reports. Pike faced a previous lawsuit over an alleged anti-gay slur in 2003; that case was settled in 2008.

The University of California Police Department has been cited for using excessive force on unarmed student protesters before. Students have been demonstrating at UC campuses for the past several years against budget cuts and increases to tuition and fees. 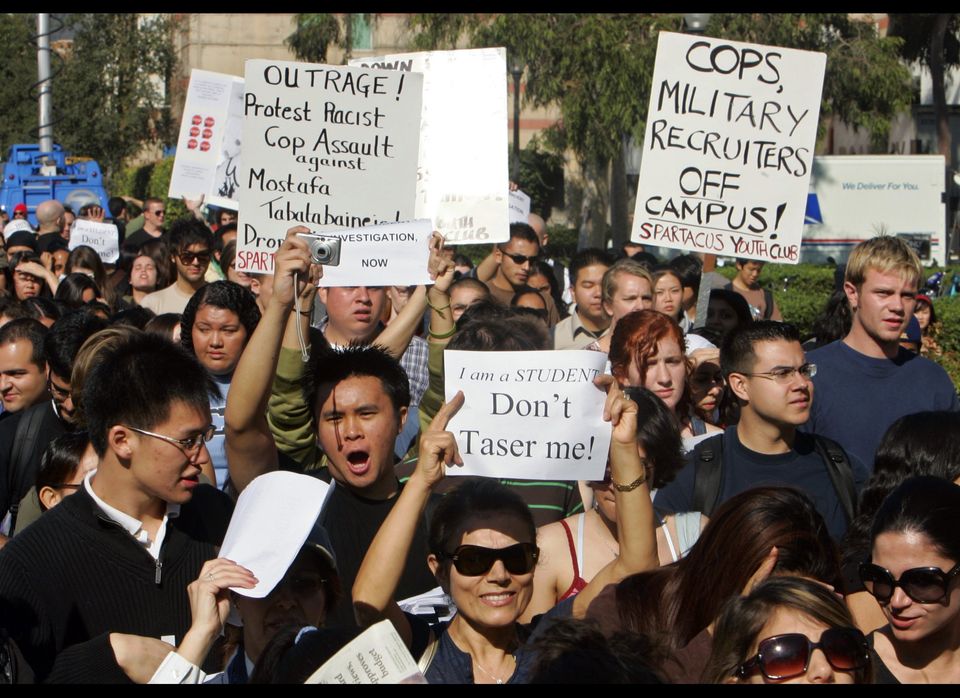