I can't get Lu Lingzi, the young Chinese student killed during last Monday's Boston Marathon bombing, out of my head. I feel deeply for all the victims, but for some reason it's Lu's face, ethereal and half-smiling, hand poised to eat a strawberry sundae, haunting me. 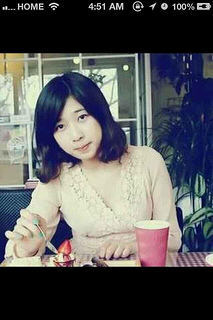 Perhaps it's because I know so many other Lus, young women like her who came to America seeking an education and an experience beyond what's possible in China. Perhaps it's because I know her parents, spoke with them on a bus in Shanghai or Shenyang. How proud they were, how many years they waited for their child to go to America -- Meiguo, "Beautiful Country" -- and how quickly their child adjusted to life in Boston, New York, Los Angeles. How their child became something greater than they'd imagined: Independent. Fearless. Strong.

But Lu's death, like the deaths of two Chinese graduate students off USC's campus a year ago, speaks to a growing problem: How can the United States remain a beacon of hope and opportunity for foreigners when such young, eager people are killed before they've had a chance to live their dreams?

Lu's story is representative of many of her fellow Chinese classmates who come to the States. Their parents likely suffered the political turmoil of the Cultural Revolution; like any parent, they simply wanted to give their children the best opportunities and education available. Lu herself looks self-assured yet demure, described as "an exceptional student," a valuable member Boston University's mathematics and statistics department. Her sea foam nail polish hints at the rebellious fashion sense common in today's youthful China.

A Chinese loss of faith in the safety of American streets and schools could spell far-reaching consequences. While many Chinese citizens see the U.S.'s military complex as overly imperialistic, they still revere the nation's educational institutions, the society's ability to produce such creative and entrepreneurial thinkers.

What we've lost with Lu's death isn't just another tragic victim of terrorism on Boston's streets. We've risked an entire country's faith in U.S. -- and that country isn't America, it's China.

In fact, Lu's death has a precedent in California -- last spring's shooting of two USC graduate students off campus similarly shook the U.S. Chinese student population. A USC undergrad who I befriended last year (and who prefers to remain anonymous) notes that before arriving in the States she believed the country was a very safe place. The USC killings deeply disturbed her, especially as they happened in a neighborhood in which many of her friends live -- most foreign students can't afford apartments in safer (read: more expensive) areas.

And yet, when it comes to the Boston bombings, my USC Chinese friend is less afraid than inspired. In an email to me she wrote:

"After the Boston bombings, countless citizens went to donate their blood and ran to the site to help people who got hurt. I'm moved by American people's altruism and optimism... I appreciate the spirit of Americans; while Chinese people have this too, I still think there's a lot they can learn from the U.S."

Indeed, the solidarity evidenced in Boston and the U.S. at large is an inspiration for Chinese netizens who stand on the sidelines watching. This selflessness and call to action creates a ripple effect sweeping across continents, as evidenced on China's Weibo (a Twitter-style microblog) this past week.

The site featured hundreds of posts about the bombings, including one from user @Sunnyhuanny pleading with Chinese citizens to set up a fund for Lu's family, similar to that in honor of Martin Richard. Another Chinese user said in watching the Boston memorial service it was evident "this mourning nation truly knows how to respect each and every life."

Still, some Chinese use tragedies in the U.S. to vent frustrations with American international policies. When my USC student friend read an online rant posted by a student at a famous Chinese university saying the Boston bombings were deserved because the "American empire" kills foreigners in Afghanistan every day, she confronted her fellow countryman. She commented: "How can you be so indifferent and make this incomparable and inhumane comparison? All human beings are equal. How can you disregard the death of innocent people because of the war caused by very complicated reasons?"

Perhaps my friend, as Lu likely did during her time in Boston, learned lessons in the U.S. far beyond what she studied in the classroom. Or perhaps the U.S. draws a particular type of Chinese and foreign student, one more open-minded and tolerant than native counterparts.

Whatever the reason for my friend's kindheartedness, like her, countless Chinese students mourning together on campuses this week have witnessed something irreplaceable in their time here: out of American tragedy, there's unprecedented solidarity and hope.

An inclusiveness of mourning Chinese citizens and the students who flock to these shores would not only bolster faith in U.S. institutions and society, but also remind Americans our tragedies are no longer confined within our borders. When we rebuild, we must do so aware the world is watching. And that they're hoping for a stronger, more peaceful America too.

This article first appeared in China Daily on April 24, 2013.