Cat photos are popular on social media, as are pics of birthing moms.

So it’s no wonder Lucy Schultz managed the Reese’s peanut butter cup version of going viral when she managed to combine the two favorite things into a bizarrely beautiful birth announcement.

The Denver-based photographer recently adopted a kitten and decided to announce the new member of her family in a manner similar to moms of human infants.

In some photos, Schultz looks as if she’s giving birth to the kitten, who hasn’t been named.

Others show her and her boyfriend, Steven, with the rapturous glow of first-time parents.

Schultz posted the feline photo shoot on Facebook on Friday, and the pictures have been shared more than 73,000 times since then.

Nearly 40,000 people have commented on the pics, saying everything from “the only kind of baby pictures I like” to griping that the photos are “distasteful, disturbing and creepy.”

That polarizing reaction is kind of what Schultz was going for, but she also wanted to announce her new status as a cat lady.

“So I’ve been thinking of this idea for a while because I’m totally a crazy cat lady who didn’t have any cats,” Schultz told Denver TV station KUSA. “So, I decided as soon as I got a cat, it’s a big milestone for me and sort of like the hallmark of me settling down and starting my menagerie of future cats, and so the first one is pretty special.”

The lucky kitty is a 5-month-old orange-and-white male she found at an animal rescue center.

Although Schultz is a professional photographer, she trusted these precious pics to her friend Elizabeth Woods-Darby, a videographer.

“A year ago, I was so excited for the day I’d get to have my own cat that I told my friend Elizabeth I was thinking of doing a baby/kitten announcement after I adopted,” Schultz told Yahoo Lifestyle.

″[She] immediately jumped on board with her own ideas, and it just snowballed from there, as things do when you’re with your BFF. We looked at some birth photos together and said, yeah, let’s take it to the next level.”

Schultz admits she’s still getting used to the viral fame and wonders about its long-term effects.

“I kind of can’t believe and also can believe that I’m going to be known as the lady that gave birth to a cat,” she told KUSA. “That is something that would happen in my life, but it’s also definitely surreal.” 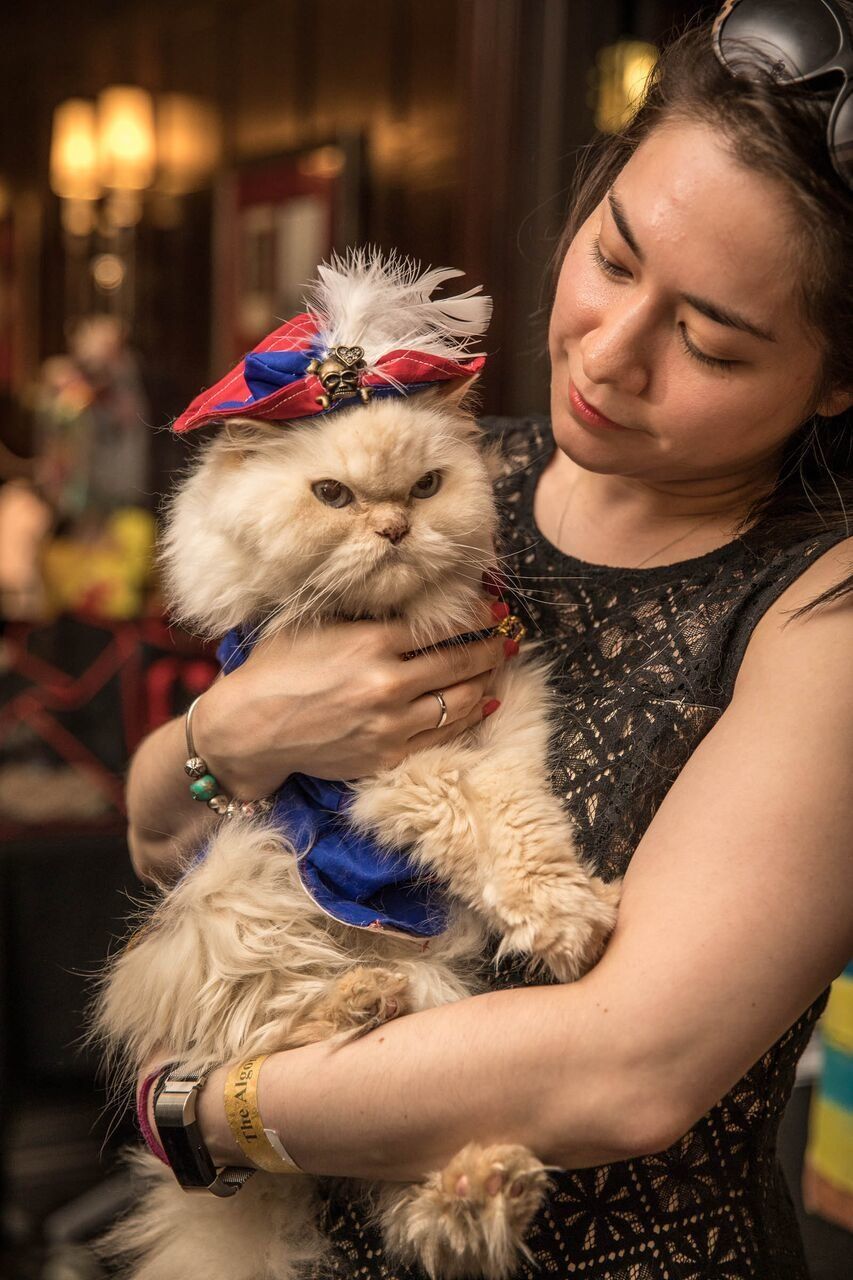