The Presidential Inaugural Committee has selected the Rev. Luis Leon, an Episcopal priest in Washington, to deliver the benediction at President Barack Obama's inauguration ceremony on Jan. 21, replacing the Rev. Louie Giglio, the Atlanta pastor who bowed out after controversy erupted over an anti-gay sermon he gave in the mid-1990s.

Leon, who ministers at St. John’s Church, an Episcopal parish near the White House and the one that Obama most frequently attends with his family, confirmed his selection to The Huffington Post via phone on Tuesday night.

"I'll be doing it," said Leon. A source close to the Presidential Inaugural Committee, speaking on background because the news had not been announced, confirmed the selection of Leon to The Huffington Post. The source said the official announcement would be made in coming days. The selection was first reported by CNN.

The choice is a contrast to Giglio, a conservative evangelical who was until last week best known for his work combating human trafficking. That work was eclipsed when reports and audio emerged of a Giglio sermon in which he spoke out against the "aggressive agenda" of the gay community and said gay people could change their sexual orientation "through the healing power of Jesus."

Leon's own parish is known for welcoming openly gay members. The church, which has openly gay, non-celibate priests and has had a gay bishop, announced this summer that it would bless same-sex partnerships and ordain transgender priests. This month, the Washington National Cathedral, an Episcopal church, announced that it would also begin same-sex marriage ceremonies.

Obama and his family have attended St. John's many times during his first term. Former President George W. Bush, attended the church regularly as well. Leon gave the invocation at Bush's 2005 Inaugural and his church, nicknamed the "church of the presidents," has had every president since James Madison attend its services, though not all have been members.

Giglio's selection was announced last Tuesday, along with that of Myrlie Evers-Williams, the widow of civil rights activist Medgar Evers, who will deliver the invocation at the inauguration. Giglio's controversial sermon was reported on Wednesday, and he announced his withdrawal on Thursday, saying his prayer would be "dwarfed by those seeking to make their agenda the focal point of the inauguration" and that speaking on gay issues "has not been in the range of my priorities in the past 15 years."

Leon is the 14th rector of St. John's Church. He began his tenure there in 1995, after serving as rector of Trinity Church in Wilmington, Del., and St. Paul's Church in Paterson, N.J. He is known for building inner-city parishes through spiritual leadership, preaching, stewardship and outreach that involves parish members in the community. He teaches courses nationwide in parish building and stewardship and is a frequently requested commencement speaker.

Leon attended the University of the South, graduating in 1971. He received a Masters in Divinity degree from the Virginia Theological Seminary in 1977, and in 1999 was awarded an honorary Doctor of Divinity degree from the University of the South, where he is a member of the Board of Regents. He is a founding member of both the Washington Interfaith Network and the Wilmington Interfaith Network. 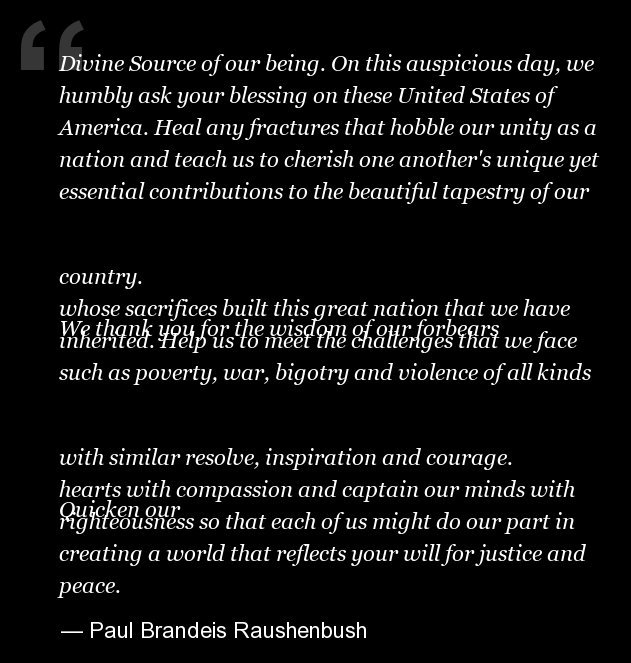