Luis Suarez was back on the field with the best players in England and he picked up doing what he did better than anyone in the Premier League this past season.

After missing Uruguay's first match of the 2014 World Cup while still recovering from knee surgery, Suarez was fit and in the starting lineup against England in Sao Paulo on Thursday. The 27-year-old, who plays for Liverpool alongside several members of the England squad, scored both goals for Uruguay in a 2-1 win.

With England dominating possession for much of the first half, Suarez produced the first goal of the match on the counterattack in the 39th minute when he got his head to a cross from Edinson Cavani.

Suarez's second goal of the match came late, after England striker Wayne Rooney scored his first career World Cup goal to level the match in the 75th minute. Again on the counterattack in the 85th minute, Suarez scored the match winner with a right-footed blast past England goalkeeper Joe Hart.

The result pushed England to the brink of elimination in Group D and kept alive Uruguay's hopes of advancing. Both teams had suffered defeat in their opener and arrived in Sao Paulo knowing a positive result was crucial. With the stakes high, Suarez lifted Uruguay to a win. After the match, his teammates lifted him on their shoulders.

Luis Suarez Did To England What He Does So Well In England: He Scored Goals (VIDEOS)
PHOTOS: Uruguay vs. England 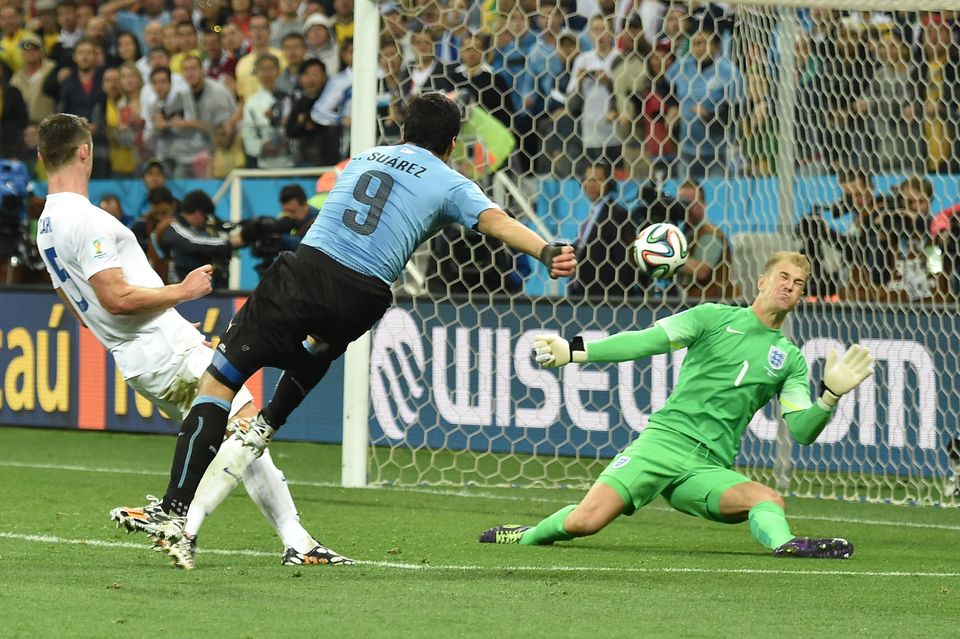