A Canadian killer who filmed himself dismembering his former lover is looking for new romance -- on a dating service for inmates.

Luka Magnotta, who is serving a life sentence for murder, has posted a dating profile on the website Canadian Inmates Connect Inc.

The profile calls out for a "prince charming" between the ages of 28 and 38 who is financially stable, "white and in shape."

It does not mention the horrific crimes Magnotta is convicted of. 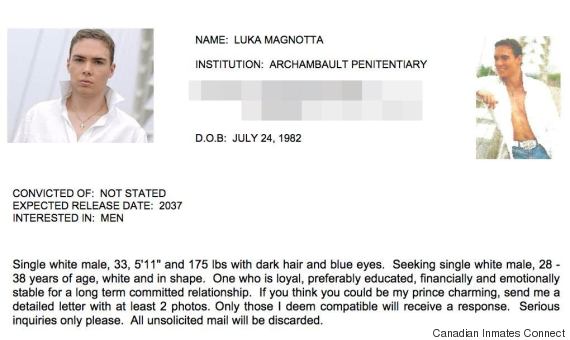 Magnotta paid a $35 fee to list the profile, which was sent to the website in an application by regular mail, according to CBS News.

Heidi Illingworth, director of the Canadian Resource Centre for Victims of Crime, called the profile a "sad situation."

“Magnotta is a narcissist who craves notoriety so this being printed in the media is giving him the attention he craves,” Illingworth told the National Post. “He will be pleased his modeling pictures are being printed in the papers again. He will likely get all sorts of hate mail and even some letters of admiration.”

Public Safety spokesman Jeremy Laurin expressed concern about the possibility that Magnotta would exploit people with the profile.

“The operator of this website should seriously reconsider the platform she is giving to convicted criminals,” Laurin said, according to the Ottawa Citizen. 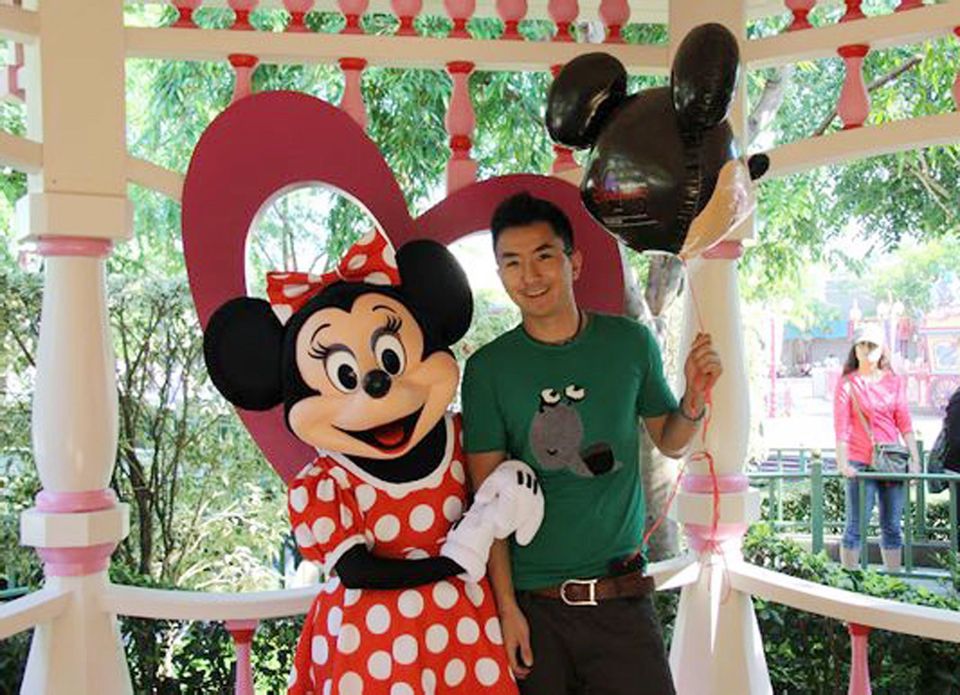