Country singer Luke Bryan is opening up about raising his teenage nephew after the sudden death of his brother-in-law.

Bryan's brother-in-law, Ben Lee Cheshire, died on Nov. 29 at the age of 46, People magazine reported. Cheshire was married to Bryan's late sister, Kelly, who died suddenly in 2007. The two are survived by their three teenage children and Bryan is now caring for 13-year-old Til.

"As a family, we shake our heads and we just can't believe it. But, with me, you know, I just have to chalk it up to, 'Well, this is God's plan,'" Bryan told ABC News. "I have to pray that people that have had similar situations can maybe look at my family and see me positively dealing with it. Maybe we'll be a positive inspiration for people that have had these things happen to 'em."

Til is now living with the 38-year-old singer and his wife in Nashville. They are raising him alongside their two young sons. Til's older sisters visit frequently, as well.

In December, the couple brought Til with them to the American Country Countdown Awards. 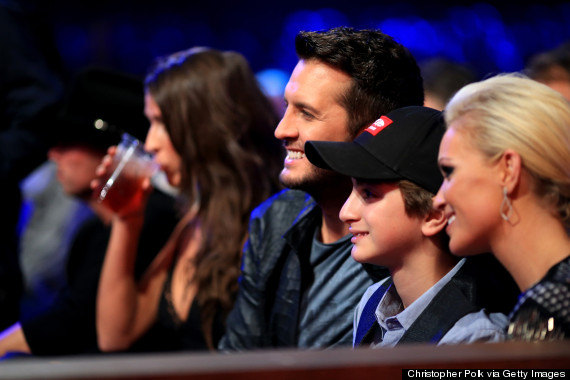 When Bryan was just 19 years old, his brother was killed in a car accident. A decade later his family faced more tragedy with the sudden death of his sister, the cause of which remains undetermined.

"My only older siblings ... gone from the world, in a flash in two, two different, crazy, tragic manners, that ... we'll never know, and never understand," he said during a 2013 interview with ABC News' "20/20." "If me telling my story moves people down a positive path of hope and getting up out of the bed and getting back going, then, you know, it's certainly worth telling."

Luke Bryan Opens Up About Raising His Nephew After Brother-In-Law's Sudden Death
Entertainers We've Lost In 2014
1 / 84
Joe Cocker
Joe Cocker, 70, the raspy-voiced soul singer who became a sensation after performing at Woodstock, died on Dec. 22, 2014.
YouTube