Alexandra Chong wants to help straight women with their love lives by having them rate the men they already know. So she created Lulu, an app that allows users to leave reviews of the men in their lives and search a database for reviews of other men.

Lulu's FAQ section explains just why the creators believe the app is useful:

If you meet a guy at a party and hit it off, admit it: you’re going to Facebook and Google him when you get home. Lulu is the place to do your research. Except we’re not going to bore you with whether he’s registered to vote. No way. Lulu tells you the stuff you want to know: is he a heartbreaker or your future husband? Lulu is the fastest way you can find out if he has a good track record with the ladies.

Users are instructed to log-in through Facebook, both to ensure that the space is "ladies only" (i.e. your Facebook account has the gender "Female" selected) and so that women who log-in to the app can rate all of their male Facebook friends. It also allows women to see how users have already rated any of their friends. All reviews are anonymous, and users must specify whether the person they're rating is an ex, a crush, a current partner, someone they've hooked up with, a friend or a relative.

The app invites women to rate men on their looks, sense of humor, willingness to commit to women and their best and worst qualities. Women are restricted to answering from a drop-down menu so no one can get too mean. The answers range from the positive (#AlwaysPays, #RespectsWomen, #CallsOnTime), to the negative (#Boring, #GlassHalfEmpty, #WearsEdHardy).

Chong told BuzzFeed Shift that she sees the app as "a place you can talk about the good and the bad," and she sees negative reviews as incentives for men to make changes. "Should a guy not do well in a particular category, then they can change their behavior," she said. Men are able to see their ratings and can remove themselves from the database.

But not everyone has responded to the new app so positively. BuzzFeed FWD's Katie Heaney expressed frustration with Lulu's focus on "sex-stereotypic ideas about what is and isn't desirable in a guy" such as "money, good looks, and provider-masculinity," and Slate's Amanda Hess found the app creepy and bordering on harassment. "This app asks women to publicly sexualize (#KinkyInTheRightWays) and shame (#BabbyDaddy) the men in their lives without their consent," she wrote. "It’s the textual equivalent of leaking your ex’s naked pics to the Internet -- it’s not wrong because it’s sexual, it’s wrong because it’s nonconsensual."

What do you think of Lulu? Would you use it? Let us know in the comments! 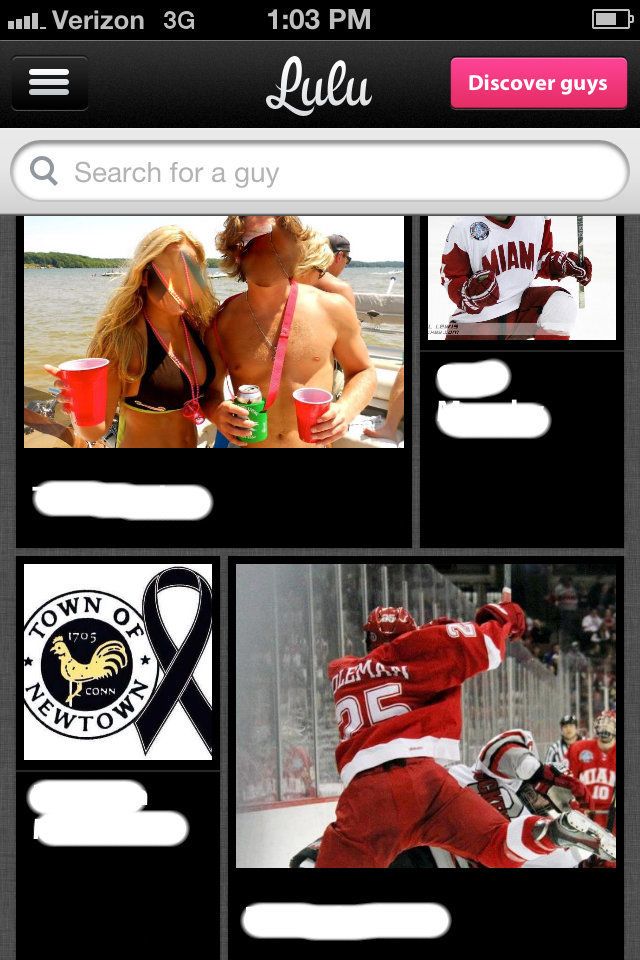