They say no publicity is bad publicity, but we're pretty sure that's not the case for Lululemon.

The high-end yoga-wear retailer has had a pretty miserable year, starting in March when the company was forced to recall its black yoga pants because they were see-through. But a recall apparently didn't fix the problem. Months later, customers flooded the company's website and Facebook page complaining that the pants, which sell for about $100, were still too sheer.

The recall debacle was only the beginning. Rather than simply apologize for selling overpriced pants that were transparent and pilled, Chip Wilson, one of the company's co-founders, put the blame on women (seriously).

"They don't work for some women's bodies," Wilson said in an interview on Bloomberg TV. "It's really about the rubbing through the thighs, how much pressure is there over a period of time, how much they use it."

Shocked? You're not alone. The quote garnered this glare from Wilson's wife and Lululemon co-founder, Shannon Wilson: 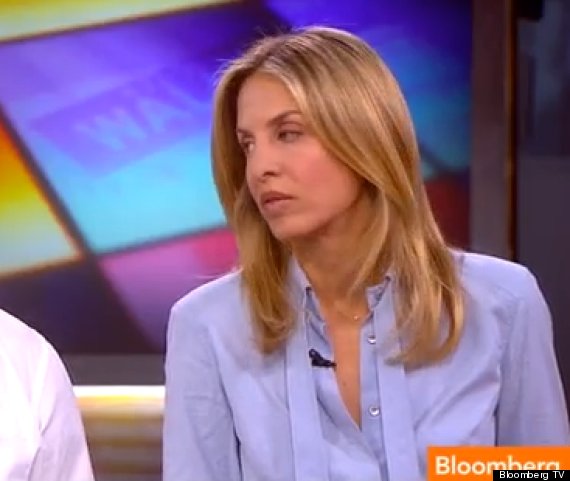 Wilson later issued an apology for his comments and said that he was "really sad" he pissed off a bunch of people.

OK, so at this point you'd think Lululemon would have decided to move past its problems by being extra-sensitive to women, particularly by avoiding more discussion of thigh-rubbing. But no.

In December, a Lululemon store in Bethesda, Maryland, apparently thought it would be funny to resurface Wilson's “rubbing thighs” comment in a window display:

@BethesdaRow Have you seen this? Ugh:-( For a variety of reasons, won't be shopping here and decidely NOT a size 10! pic.twitter.com/x4QA99rWtf

Lululemon apologized, and the sign was taken down. But that wasn't enough to appease some shoppers.

And the company's stock price has surely taken a beating over the past year: 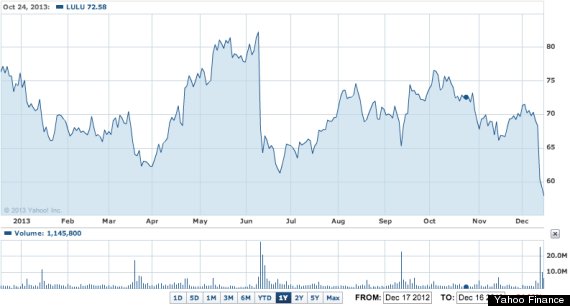 Lululemon did not respond to The Huffington Post's request for comment on this story.