Lumosity Isn't Just Honing My Brain; It's Judging It 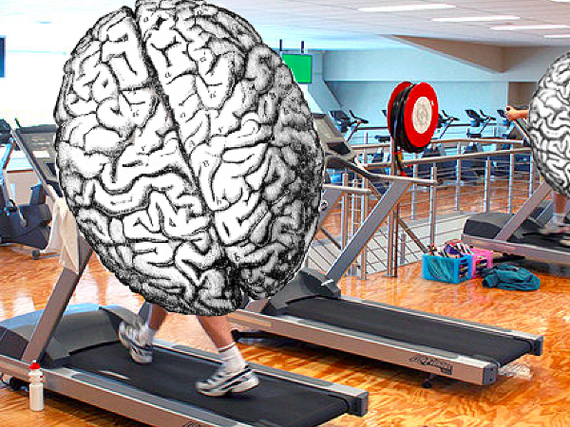 For months, I was playing 2048, an absurdly-addictive sliding-block puzzle game that makes your brain's happy centers light up by smashing even-numbered tiles against each other to magically create new numbers. You win when you hit 2 to the 11th power, or 2048, and the first time that happens, you feel smart enough to have invented the cure for cancer.

But after about your third win, the fun begins to wear off and you start wondering why you're wasting so much time moving digits around on a screen. Suddenly your brain's happy centers begin to resemble Port Authority bums at 2 a.m.  --  jittery, unshaven, with dark circles around their eyes, looking for their next fix.

Which is why I was suckered into paying $38.97 for a year's subscription to Lumosity.

Lumosity, in case you don't know, is a game platform marketed as the latest and greatest in neuroscience. It's not just a suite of games, it's a suite of games designed by Ph.D.'s to sharpen your brain.

Or, if you prefer to look at it cynically, it's a digital rabbit's foot to ward off Alzheimer's.

Which is not why I signed up. I bought it for Train of Thought. I was in an artists colony in the south of France last fall, and we were discussing the various distractions that keep us from writing, when a fellow writer mentioned a game she was hooked on called Train of Thought. That's how it works in the world today. Not stock tips. Not even book recommendations. But pssst, wanna a great little time waster for your device? 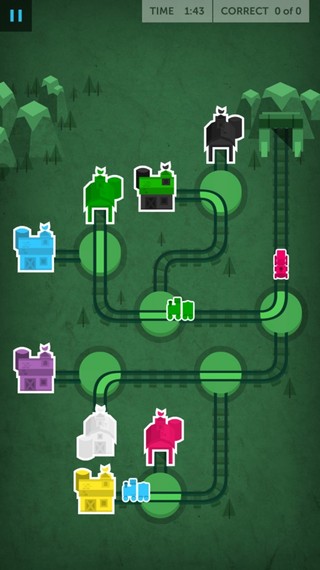 The premise of Train of Thought is mind-numbingly dull. Trains of different colors come out of a tunnel and, by switching the tracks correctly, you get them to stations of the same color. And yet somehow, Lumosity has created the equavalent of "I Love Lucy" in the chocolate factory. No sooner have you steered a green train to the green station, when a blue one slips onto the wrong track. Every time I miss a switch, I cringe, imagining the silent screams of the blue or yellow or green innocents hurtling to gruesome digital deaths. It's a challenge so frustrating --  and elating, when you jump a level-- that it's created its own subgenre on YouTube.

And no, for the record, it isn't fun. I'm screwing myself into a ball of concentration and failing. My husband hears the little chugga-chugga-chugga coming from my Android and leaves the room. It occurred to me the other day that what Train of Thought feels like is my job. So why am I playing it on my downtime?

And Train of Thought isn't even the most frustrating game in Lumosity. Penguin Pursuit is my own personal inmost circle of Lumosity hell, a game where you're navigating a simple maze and then all of a sudden the maze tilts, throwing you completely off your bearings. While you're bumping into walls, your competitor--a black penguin-- effortlessly glides toward the fish, beating you every time.

But here's the worst part. You're not just playing these games, adapting to the challenges and sharpening your brain; While you're playing, Lumosity is constantly totting up your scores and keeping a dossier called Your Brain. This would be fine if you were in the 90th percentile or higher, as you have been all your life. Now, distressingly, your numbers are... well, let's put it this way. If this were the SAT's, you'd have trouble getting into community college.

Of course we know the purpose of Your Brain is motivation. And maybe, when your memory is in the dismal 9th percentile, you should play a few extra rounds of Memory Matrix or Pinball Recall. But that would lower your overall score. So you start gaming the system, playing the games that Lumosity says you're good at, pumping up your numbers.

And then there's that terrible Flowers for Algernon effect that happens when your overall score jumps, you think "Thank God, I'm not going to have to go to an old age home this year after all," and then you play a harder game, and Lumosity reports that you've actually slipped from moron to idiot again.

In between these rounds of maze turning and train switching, real life happens, along with certain physical world mental acuity tests. For example, when your husband calls the day after Christmas, 10 minutes after he left the house, and says, "Honey, I've been in an accident," there's a new game called Get To The Accident As Quickly As Possible, which goes something like this: HOLY S***! Where are my shoes? Where is my purse? Where are my keys?

Points for getting past the cop car blocking traffic on the street and remembering to take a photograph of car's newly battered front end. And yes, thank you for asking, he's fine.

I can't help thinking, during this Week of Lumosity, about the whole metric-based assessment loop we live in these days, with Fitbit and credit scores and Twitter followers. We used to joke, in 7th grade, about what goes on your permanent record, and with the Edward Snowden revelations last summer, it kind of feels like everything does. Not that the NSA cares about my Penguin Pursuit record, but maybe Genworth would.

They say, of course, that one of the things that's best for your brain is meditation. Which is about as far from Train of Thought as a person can get. I'm not a great meditator, but I do practice yoga at least once a week, and there's always a bit of meditation in there. I guess they could hook you up to an EEG while you meditate, and give you a score. But in yoga class, nobody's watching: everybody's eyes are closed. How well you're meditating is between you and your own brain. There's no score. You just open your eyes miraculously refreshed.

There are other things I think are probably pretty good for your brain: like reading books, hanging out with funny people and going for walks.

But that memory score is troubling.

I don't think I'm quite through with Lumosity yet. But it's not the idle past time I went looking for. It's just another kind of gym that makes you feel inadequate.

This story first appeared on Midcentury/Modern, a magazine about baby boomers, generational warfare and all things about growing old that are not boring. Check it out for more great content.