Monday night or early Tuesday morning, depending on your location, many around the world were able to witness a phenomenal and rare total lunar eclipse, watching as the Earth passed directly between the sun and the full moon, shrouding it in shadow and transforming the white image into a stunning deep red glow. The event was especially significant as it coincided with the winter solstice, something that hasn't occurred in 372 years, and won't come around again until 2094.

In our live blog coverage, we followed people's reactions around the world and broadcast NASA's lunar eclipse live camera. CLICK HERE to check it out, and watch some amazing videos of the spectacle, and CLICK HERE to view photos of past eclipse events prior to 2010's December occurrence.

Browse through some incredible photos below of the lunar eclipse seen from around the world on December 20 and 21, 2010.

PHOTO GALLERY
Lunar Eclipse 2010 Photos From Around The World
Download
Calling all HuffPost superfans!
Sign up for membership to become a founding member and help shape HuffPost's next chapter
Join HuffPost 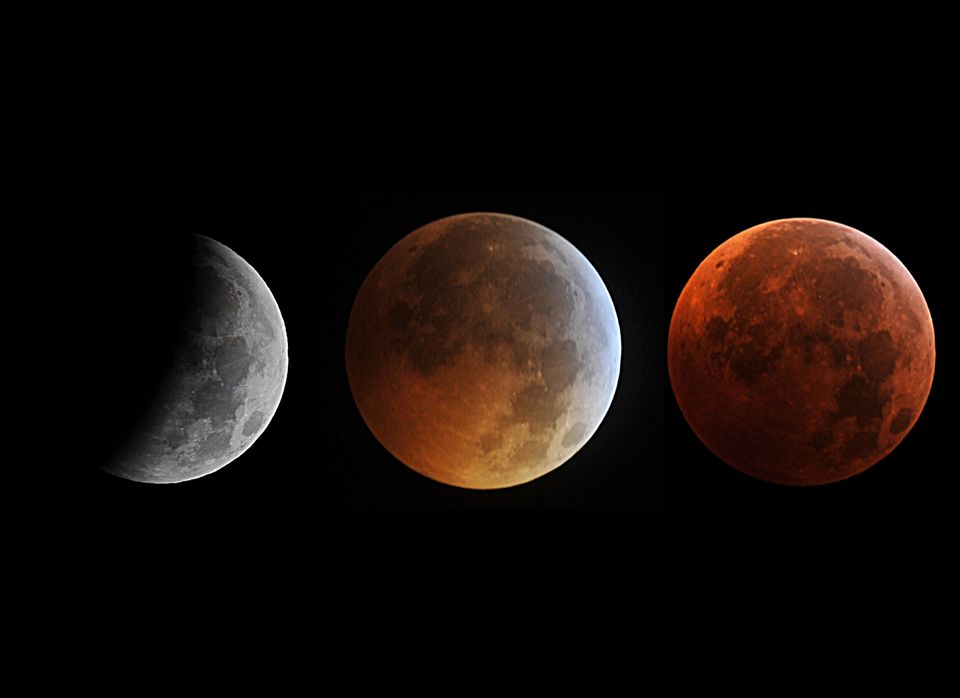 1 / 10
This combo of pictures taken in Manassas, Virginia shows the moon in different stages of a total lunar eclipse on December, 21, 2010. During the eclipse, the Earth will align between the full moon and the sun, covering the lunar surface in shadow. The eclipse is also falling on the same day as the winter solstice in the Northern Hemisphere  a rare occurrence that hasn't happened in 372 years. (KAREN BLEIER/AFP/Getty Images)
Getty