The last total lunar eclipse for almost three years occurred on Saturday, wowing sky watchers on many parts of the globe.

According to the Associated Press, the best views of the lunar eclipse were in the Pacific, Australia and regions of Asia. Viewers in parts of North America were also treated to spectacular views, although no eclipse was visible in South America and parts of Western Africa.

SCROLL DOWN FOR PHOTOS AND MAP

A lunar eclipse occurs when Earth is directly between the sun and the moon, blocking the sun's rays and casting a shadow on the moon. As the moon moves deeper and deeper into Earth's shadow, the moon changes color before your very eyes, turning from gray to an orange or deep shade of red.

The moon takes on this new color because sunlight is still able to pass through Earth's atmosphere and cast a glow on the moon.

According to NASA, the moon was eclipsed for a total of 51 minutes. ABC News reports that this took place at approximately 6 a.m. Pacific Standard Time.

But don't worry if you weren't lucky enough to catch a glimpse the celestial phenomenon -- we've compiled some of the best lunar eclipse pictures from around the world, from the United States to the Middle East to Asia.

Lunar Eclipse Photos: Pictures Of Total Eclipse Of The Moon From Around The World (PHOTOS, MAP) 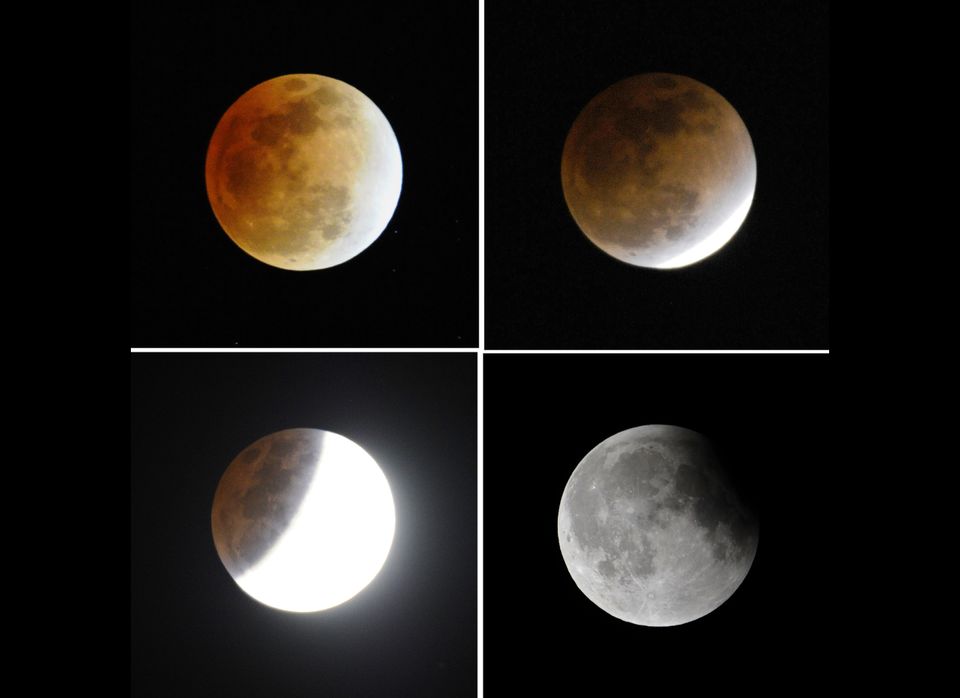