The moon will take the smallest of dips through the Earth's shadow in a minor eclipse tonight (May 24) and you can watch the lunar event live online via a webcast.

The lackluster lunar eclipse will star in a free webcast by the Slooh Space Camera, which offers live views of the night sky via remotely operated telescopes. The eclipse webcast will begin at 11:37 p.m. EDT (0337 May 25 GMT).

A map shows the area where the penumbral lunar eclipse of May 25, 2013, will be visible on Earth.

Stargazing experts predict that tonight's eclipse won't be anywhere near as impressive as the other recent eclipses because only a tiny sliver of the May full moon will pass through the penumbra, the outermost part of Earth's shadow.

"It will thus be impossible to notice anything out of the ordinary concerning the moon's overall appearance," SPACE.com's skywatching columnist Joe Rao explained in a viewing guide today. "It will, in fact look like any other full moon."

Tonight's penumbral lunar eclipse will be primarily visible from the Americas and western Africa, according to NASA eclipse expert Fred Espenak at the Goddard Space Flight Center in Maryland. It will begin at 11:53 p.m. EDT (0353 GMT) and end just before 12:27 a.m. EDT (0427 GMT). The time of greatest eclipse, when the moon will be at its deepest point into Earth's shadow, will be at 12:10 a.m. EDT (0410 GMT), according to Espenak.

The moon will barely graze Earth's penumbra of May 25, 2013, as shown in this diagram.

The Slooh eclipse webcast will originate from two telescope feeds from the firm's observatory in the Canary Islands off the west coast of Africa. The webcast will include a recorded audio commentary by astronomer Bob Berman of Astronomy magazine.

You can follow the webcast directly from the Slooh Space Camera here: http://www.slooh.com/

The full moon of each month has a series of traditional names given by many different cultures. The full moon of May is most widely known as the Full Flower Moon, but has also been called the Milk Full Moon and the Corn Planting Full Moon.

Editor's note: If you snap a picture of the lackluster lunar eclipse tonight that you'd like to share for a possible story or image gallery on SPACE.com, send photos, comments and your name and location to Managing Editor Tariq Malik at spacephotos@space.com. 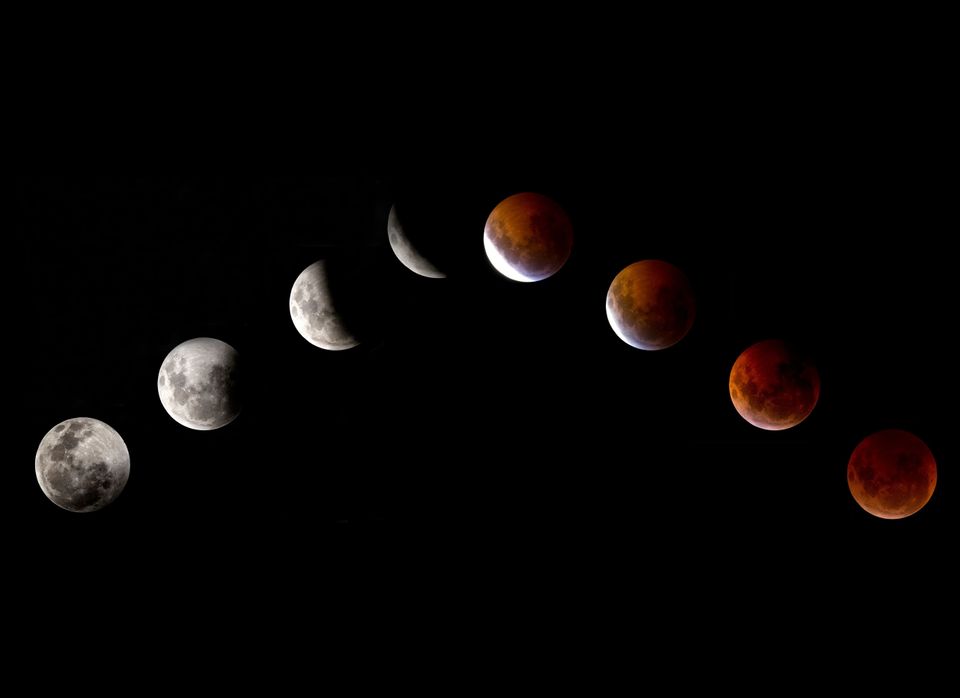 1 / 11
This combination of pictures shows the moon in various stages of a total lunar eclipse as seen from Mexico city on December 21, 2010. (LUIS ACOSTA/AFP/Getty Images)
Getty