The first total lunar eclipse of 2011 -- and the longest in nearly 11 years -- wowed spectators across the world on June 15. The moment of "totality," when Earth's shadow completely covered the moon, lasted 100 minutes.

Don't worry if you missed it, we've rounded up some of the best photos from the rare event below -- vote for your favorites! 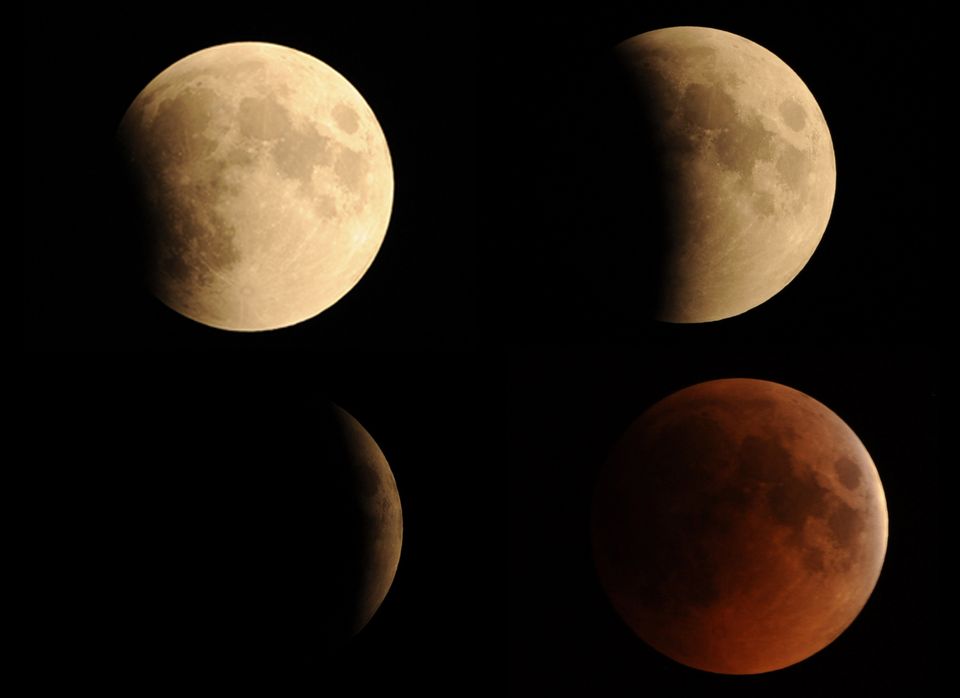 1 / 18
A combination of pictures taken in Islamabad
A combination of pictures taken in Islamabad shows the moon in various stages of a total lunar eclipse on June 16, 2011. Astronomers in parts of Europe, Africa, Central Asia and Australia enjoy a total lunar eclipse today, the first of 2011 and the longest in nearly 11 years. A total lunar eclipse occurs when Earth casts its shadow over the Moon. The lunar face can sometimes turn reddish, coppery-brown or orange, tinged by light from the Sun that refracts as it passes through our atmosphere. AFP PHOTO/ AAMIR QURESHI (Photo credit should read AAMIR QURESHI/AFP/Getty Images)
Getty