Keep your eyes on the skies on Saturday morning for what promises to be a spectacular -- if brief -- total eclipse of the moon.

The totality will last for less than 5 minutes, making it the shortest lunar eclipse of the century, according to NASA. During some lunar eclipses, totality can last for more than an hour.

Lunar eclipses occur when the moon enters Earth's shadow. In this case, the moon is entering the very edge of that shadow instead of running right through the heart of it, which is why the eclipse will be so fleeting.

More diagrams of the eclipse are available on the Sky & Telescope website.

The eclipse will begin at 3:16 a.m. PT when the shadow of the earth begins to cover the moon. Totality will begin at 4:58 a.m. PT, with the greatest eclipse at 5 a.m. and totality ending at 5:03 a.m. The remaining partial eclipse will last until 6:45 a.m. PT, according to NASA.

Because the moon can look red during an eclipse, the event is sometimes called a "blood moon."

This eclipse is the third in a tetrad, or a period of four eclipses, which began on April 15, 2014. The next and final lunar eclipse in the cycle will be on Sept. 28.

A map of that event is visible here.

For those unable to see the eclipse, NASA's Marshall Space Flight Center will provide a livestream.

In addition, NASA astronomer Mitzi Adams will answer questions on Twitter (@NASA_Marshall) from 6 a.m. ET until the end of the eclipse. 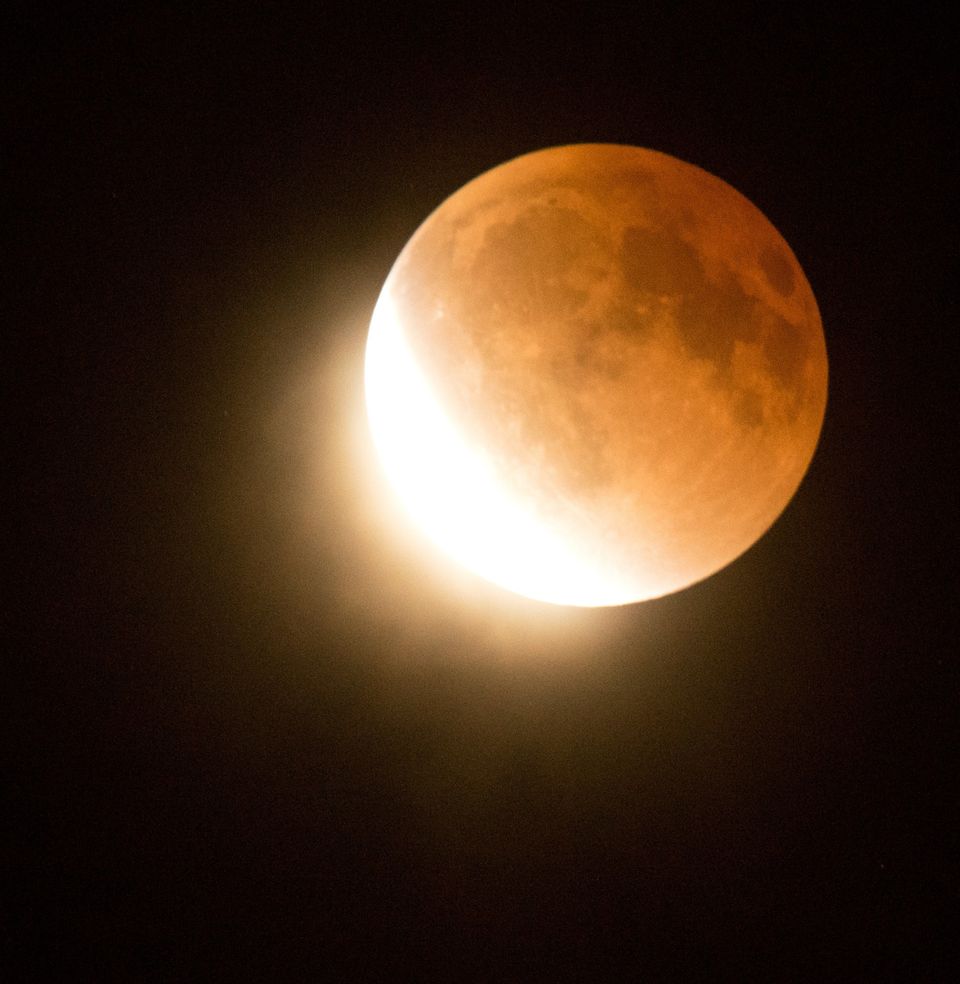 1 / 78
Lunar Eclipse, April 15, 2014
The moon moves out of a lunar eclipse over southern California as seen from Korea town, west of downtown Los Angeles early on April 15, 2014. The entire event was to be visible from North and South America, but sky watchers in northern and and eastern Europe, eastern Africa, the Middle East and Central Asia were out of luck, according to NASA. AFP PHOTO/JOE KLAMAR (Photo credit should read JOE KLAMAR/AFP/Getty Images)
Getty Images