UPDATE: CLICK HERE to see a recap of our live online coverage of the 2010 lunar eclipse, where you can watch video footage of the rare event, and CLICK HERE for photos from around the world. So just how often does a lunar eclipse occur? The next lunar eclipse viewable in the continental U.S. will be on April 15, 2014, according to CNN.

Multiple astronomical events are lining up for a rare display of synchronization tonight as a total lunar eclipse overlaps with 2010's winter solstice.

Depending on the location, late night December 20 or early morning December 21, the full moon will be darkened by Earth's shadow as our planet passes between it and the sun. December 21 is also the winter solstice, the longest night of the year, after which the days will begin to grow longer. Coupled with the lunar spectacle, it means we're in for an especially dark eve.

According to The AP, North and Central America should both be able to view the entire eclipse, which is estimated to take about 3.5 hours. Total eclipse will begin at 11:41 p.m. PST on Monday, or 2:41 a.m. EST on Tuesday -- so obviously West Coasters will have a better chance to catch the magnificent sight without dragging around heavy eyelids and needing an extra dose of espresso the following morning. If you want to set an alarm to catch a brief glimpse of the amber moon, NASA recommends 3:17 a.m. EST for the optimal impression.

According to AolNews.com, NASA reports that this is the first time an eclipse has coincided with a solstice since December 21, 1638, and the next one won't come around again until 2094. The extravaganza in the sky doesn't end there, however, as the Ursids meteor shower will also be taking place. CityStateTime.com reports that this particular annual show is rarely witnessed compared to its brighter counterparts, but stargazers will have an especially exceptional chance to view the display this year because of the eclipse's darkened sky.

Check out photos below of past total and partial lunar eclipses to get an idea of what's in store tonight, and CLICK HERE to learn more about the winter solstice. 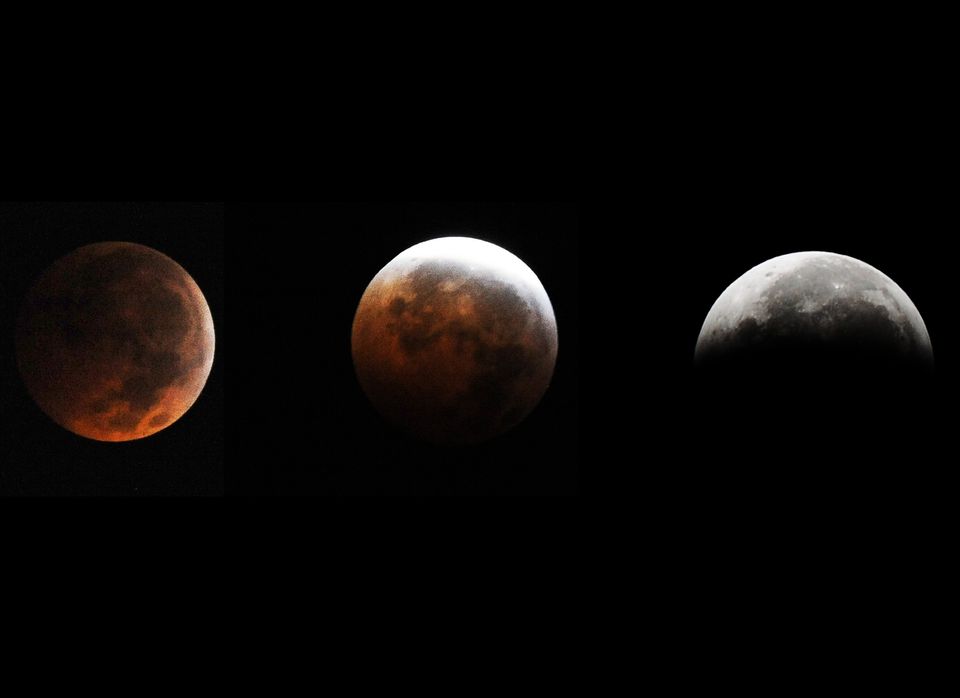