Around the world, there are UNESCO World Heritage Sites and there are music festivals, but the combination of the two is unique in Lunenburg, Nova Scotia. For 30 years, the colorful city midway along the south shore has hosted the Folk Harbour Festival, a combination of scenic venues, top notch music and warm community hospitality.

For four days in August some of folk music's most prestigious musicians and emerging novices perform at churches, halls, parks, and other venues scattered around the picturesque village. Daily sessions run simultaneously, up to six at a time, offering attendees the challenge of picking out whom to hear and part of the fun is bouncing up and down the colorful village's hilly streets between venues. 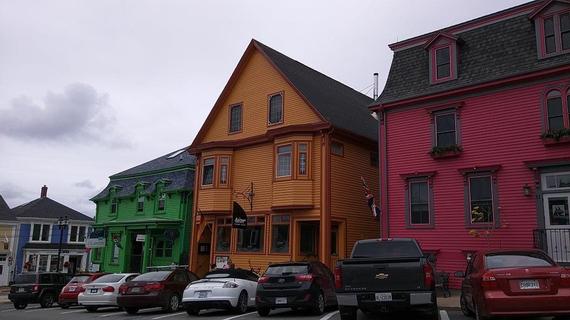 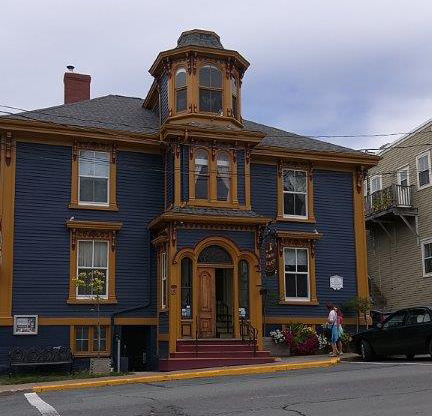 Many homes are built with the city's characteristic protruding front bay "Lunenburg bump."

CONCERTS ALL DAY
Starting in the mornings the festival features sessions, lectures, and workshops where participants can try out their skills at Celtic dance, harmonizing, flamenco, guitar. 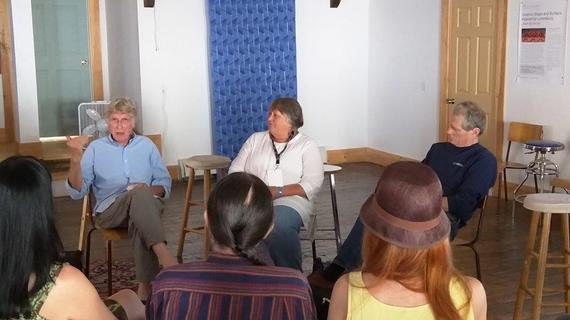 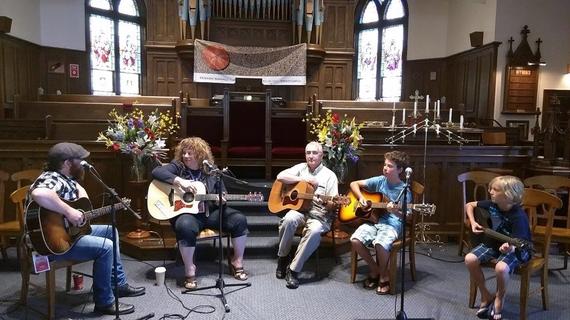 The Stanfields' Jason McIsaac and Katey Day lead a Folk guitar Workshop for strummers of all ages. 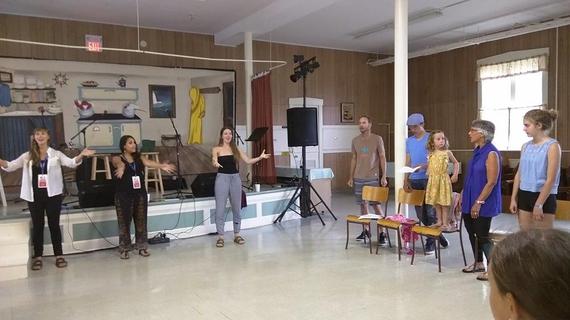 All ages "pitch" in for a harmonizing session. 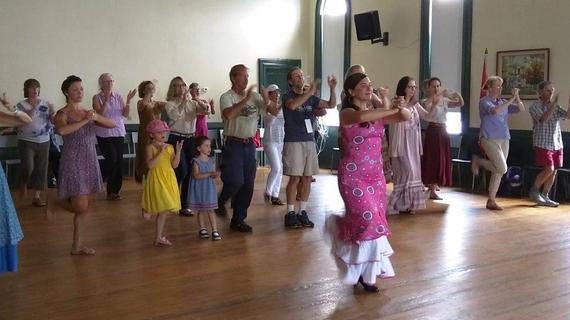 Participants clap and stomp in a flamenco workshop led by dancers of Compania Azul.

Come afternoon, families spread out blankets and picnic during free concerts held at the charming bandstand in the park or perch on bleaches at the wharf to watch performers with the backdrop of ships sailing by. In the evening up to a thousand people assemble for main stage events in the white tent atop a hill overlooking the harbor. The days wind up just around midnight , when diehard audience members, young and old, gather to hear musicians performing in intimate "nightclub" sessions presented in the comfortable lounge of the Lunenburg Curling Club.

Musicians welcome the scattered brief half hour daytime appearances and audience members appreciate the opportunity to sample different groups and to catch favorite acts more than once. 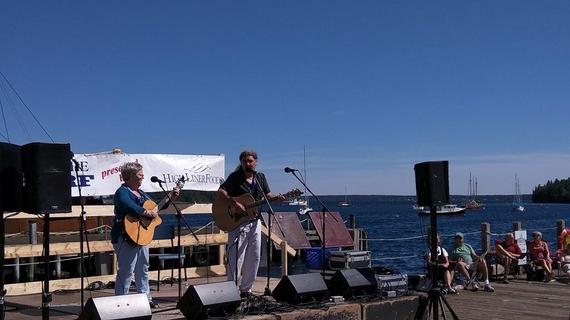 Performers at the wharf have a seascape setting. Christine Lavin and John White held forth in the sea air. 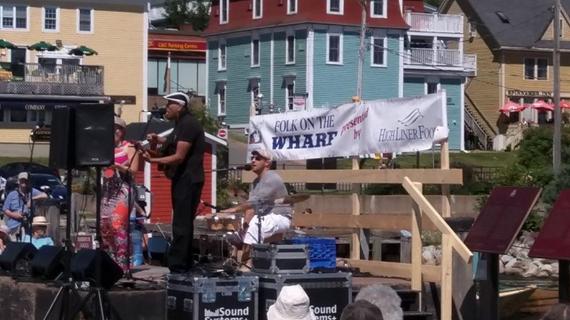 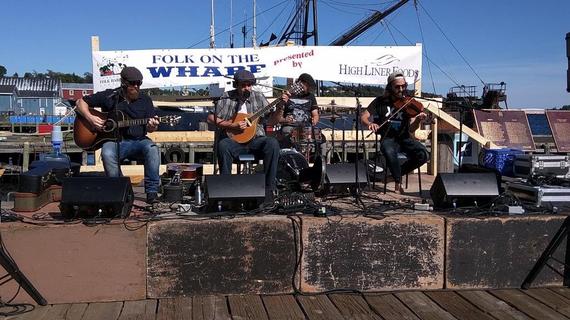 The Stanfields brought a rock/roots rhythm. 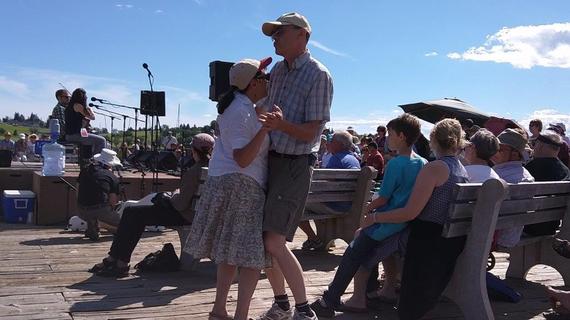 Participants are encouraged to dance and join in. 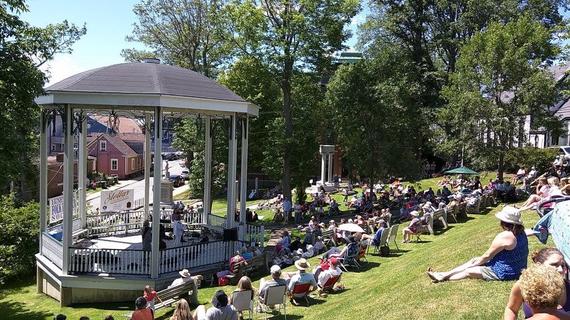 Afternoon concerts at the city bandstand are free for families and picnickers. 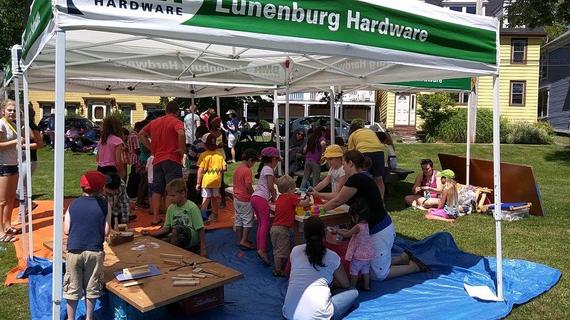 A tent of activities entertains children at the bandstand grounds. 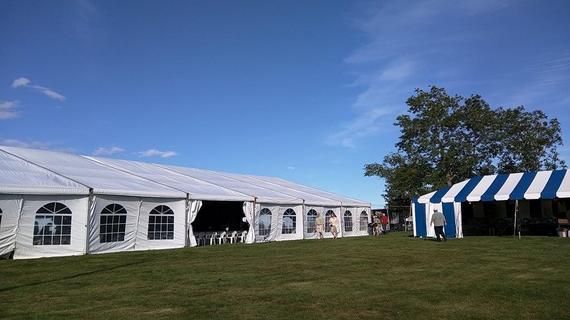 The main stage tent perches on a hill overlooking the town and harbor. 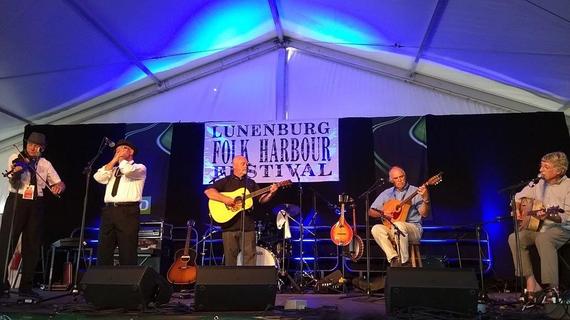 The evening concerts were launched by beloved "old timers" group Starb'ard Side. 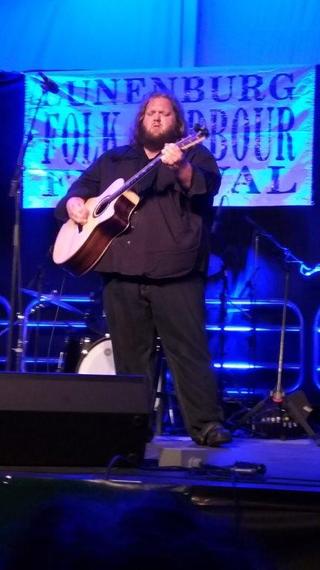 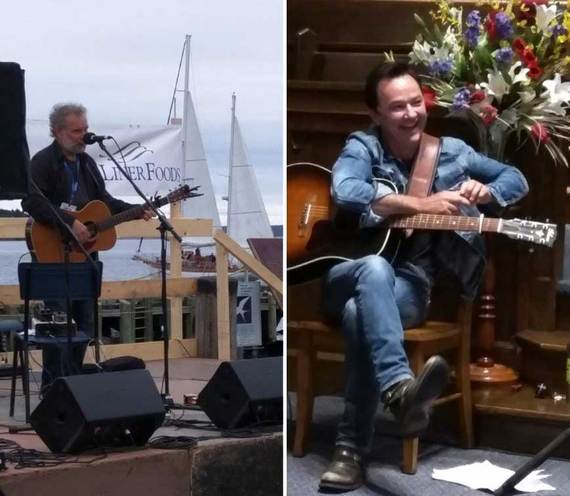 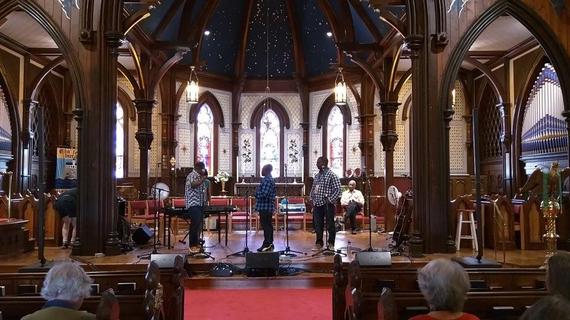 Totally rebuilt after a devastating fire in 2001, historic St. John's Church is a setting for daytime concerts. 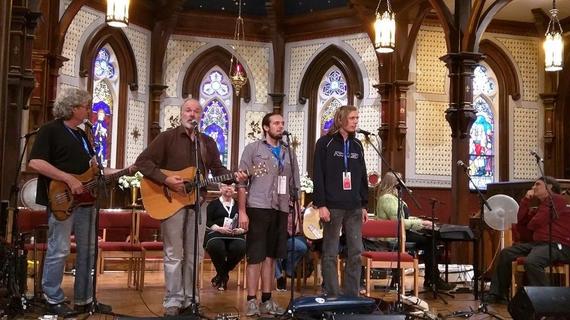 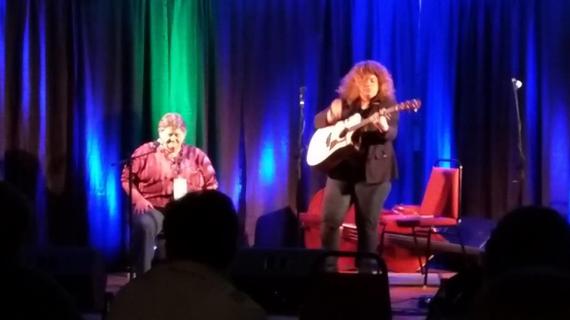 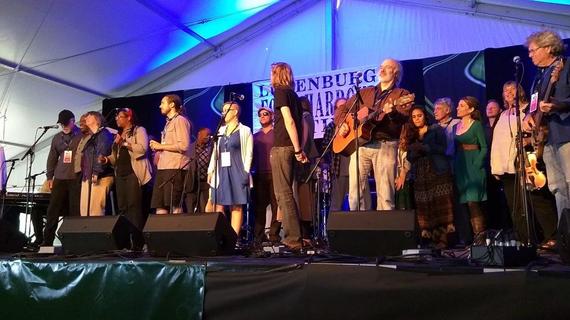 COMMUNITY PITCHES IN
The festival is a total community effort in the harboxr town of 2300 people. Local teens and residents collect tickets and pick up musicians from the Halifax airport. Churches sponsor suppers of seafood and haddock chowders. Households put up performers in their homes, and part of every performance includes the musicians thanking their local billeters who "put me up and put up with me!!" Hospitality pervades the town, and encountering favorite musicians on the street between gigs offers a chance to chat and thank them face to face. 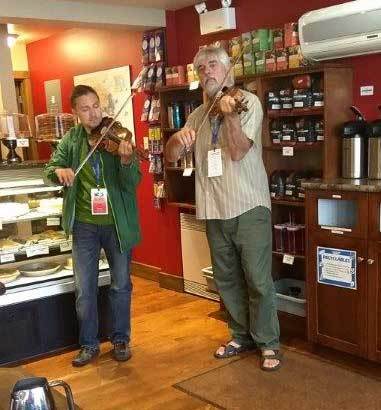 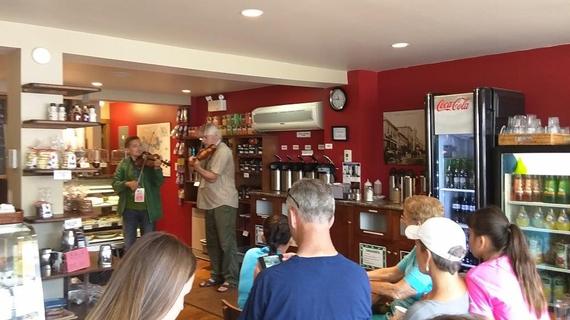 Additional activities for visitors are staying in one of the town's charming traditional hotels, stocking up on local fish and berries at Thursday morning's extensive farmers market, shopping at the art galleries and craft shops along the city streets, and touring the town in a horse-drawn carriage.
The 2016 festival, the 31st annual, is scheduled for August 4-7. 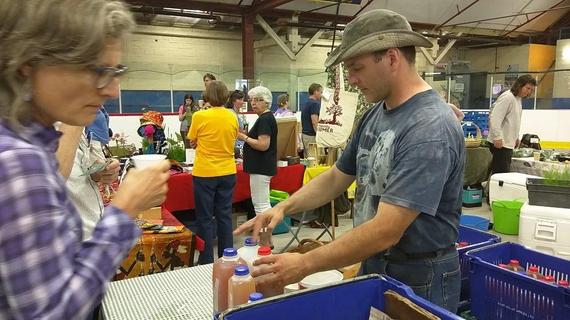 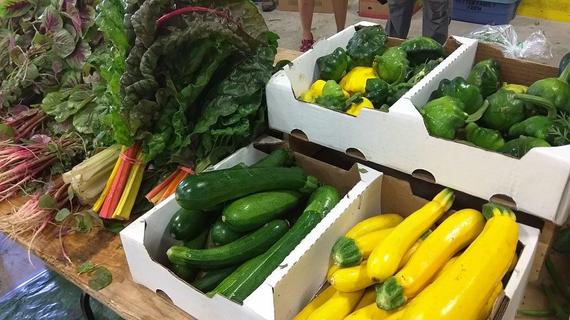 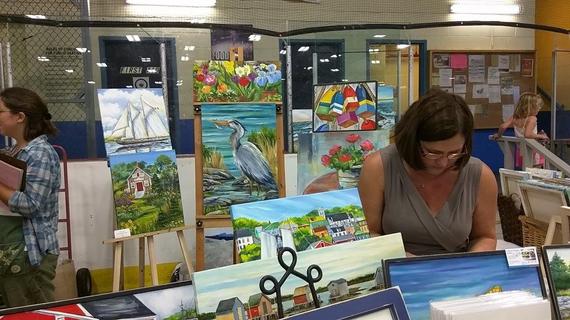 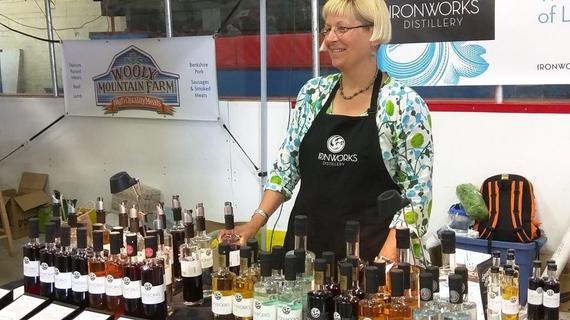 Shoppers can sample wines from the local Ironworks Distillery. 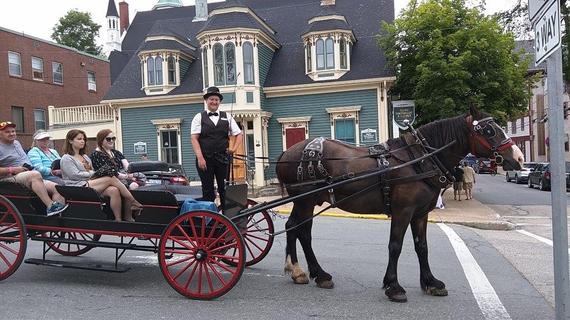