On Monday, Fiasco announced via Twitter the start of a traveling nonprofit that he's involved with called the Neighborhood Start Fund.

Fiasco and Di-Ann Eisnor, tech business leader and director of the GPS mobile app Waze, started the organization with the intention of targeting entrepreneurs in low-income neighborhoods who need help with funding their ideas. According to the organization's mission statement, it wants "to turn every neighborhood fund into a local micro-economic engine."

The nonprofit will set up competitions in various areas around the country so it can help entrepreneurs turn their ideas into startups. The first event takes place in the neighborhood of Brownsville in Brooklyn, New York on Nov 13.

The organization's site said it provides access, network workshops, mentoring and funding to help potential entrepreneurs reach their goals. Businesses interested in the project get to compete for funding by pitching their ideas on a live stage to judges for a chance to win $5,000 and coaching from industry leaders to develop their business prototype.

Winners will also be able to give back to the community with any future earnings from their business. "A portion of each business’s success is reinvested into the same local fund, fueling future neighborhood entrepreneurs," according to the application website.

Dates for future cities and competitions have yet to be announced, visit the website for more information. Fiasco has been outspoken on social issues in the past, mainly on issues of inequality and race. He even has even has his own tech startup called higi. 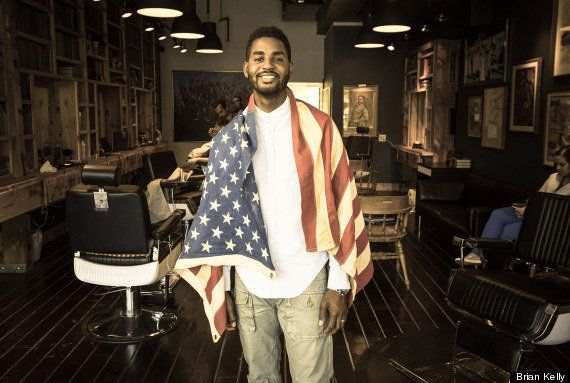 1 / 11
The&nbsp;<a style="color: #ed4a4b;text-decoration: none;" href="https://www.facebook.com/TheSocialClubDetroit" target="_hplink">Social Club Grooming Company</a>&nbsp;brings sustainability and inclusiveness to the barbershop. &nbsp; Read more about a few of the black-owned businesses in Detroit <a href="https://www.huffpost.com/entry/detroit-black-owned-businesses-_n_5587466">here</a>.&nbsp; &nbsp;
Credit: Brian Kelly