In Salt Lake City on Saturday night, rapper Lupe Fiasco cut his concert short after being struck by a tomato thrown from the crowd, but not before calling the woman who tossed the fruit a "fat, white bitch."

The blink-and-you'll-miss-it moment comes at about 1:12 in the video below, as Fiasco is performing one of his biggest hits, "Kick, Push." (A screenshot of the strike can be found at the bottom of this post.)

"If there's more people like that out there, I need them the f-ck out of here," Fiasco said to the crowd after being hit. Later in the video, Fiasco admonished the crowd for not handling the situation properly, and then threatened to go to the next stop on his tour.

On his protected Twitter feed, Fiasco commented on the incident, defending his use of the term "bitch" and explaining why he canceled the remainder of his show. (Screenshots of what Fiasco himself described as a rant can be found at AllHipHop.com.) 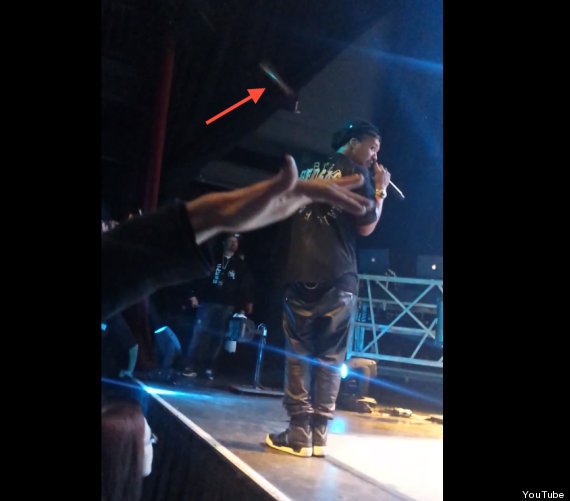